New Jersey’s Pinelands Commission voted to approve a 22-mile natural gas pipeline running through the protected land Friday, and the decision is prompting environmental advocates to lay the blame on Governor Chris Christie’s appointees. The agency voted 9-6 to allow construction of the pipeline, which critics fear would endanger the state’s heavily forested Pine Barrens.

The commission made headlines in 2016 when its chairman, an opponent of the pipeline proposed by South Jersey Gas, was abruptly fired and replaced with a Christie appointee. Jeff Tittel of the New Jersey Sierra Club called today’s decision a direct result of Christie’s authority over appointments, arguing that the group is no longer an independent watchdog.

“What makes this more outrageous is that the court ruled that Nancy Wittenberg’s previous approval of the SJG pipeline exceeded her authority. Now the Commission is rubberstamping her decision instead of acting as an independent body.

“The approval flies in the face of the thousands of New Jersey citizens, including four former Governors, who have spoken out against the pipeline and contradicts the Commission’s own rules,” Tittel said.

Wittenberg, the group’s executive director, gave approval to the pipeline in 2015 on the grounds that it was private development after the commission deadlocked 7-7 on public construction the previous year. That decision prompted a complaint to the state ethics board. Wittenberg had been at odds with Mark Lohbauer, the ousted chairman who voted against the pipeline.

“Three years ago, the Commission voted this pipeline down,” Tittel continued. “Since then, Christie stacked the Commission with his cronies. Wittenberg is nothing but Christie’s puppet and has failed to do her job to protect the Pinelands.”

Lena Smith of Food & Watch pointed to State Senate President Steve Sweeney’s support for the pipeline when she called the decision “the latest in a series illegitimate actions taken by Governor Christie and endorsed by politicians like Democratic leader Steve Sweeney.”

“We must immediately embrace clean energy as our best chance to create long-term, high-quality jobs while taking action against climate change chaos,” Smith said. “We hope the next governor will be someone who respects the established rules of the Pinelands Commission, and works to challenge today’s disastrous vote.” 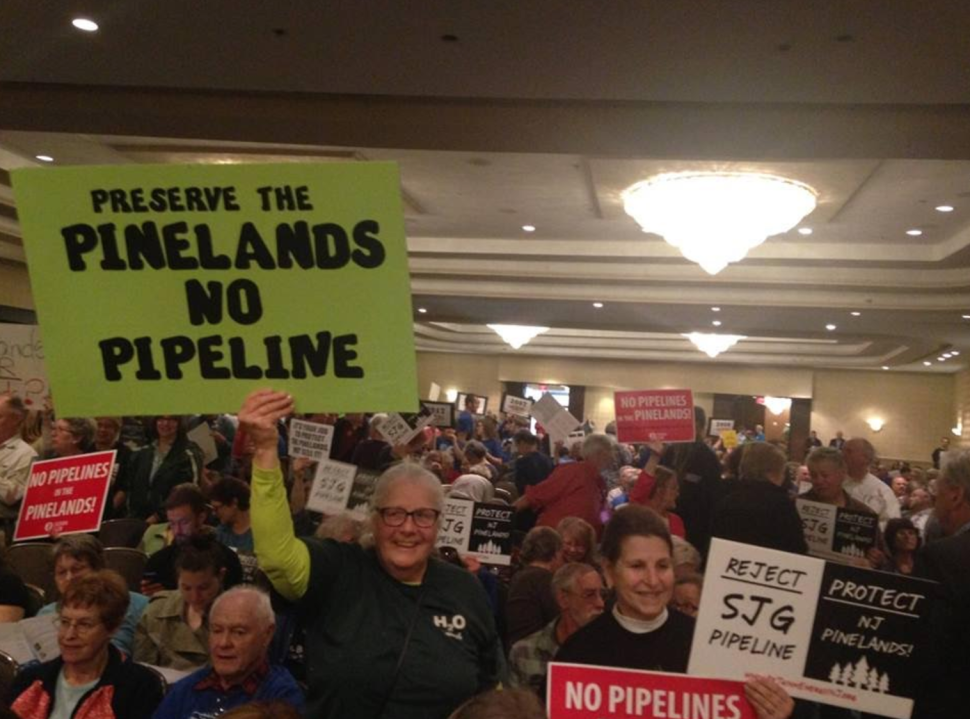