Attorney General Christopher S. Porrino announced that former New Jersey Assemblyman Robert Schroeder (R-Bergen) was sentenced to prison today for stealing nearly $1.9 million from individuals who loaned him money for a business venture in North Dakota and writing over $3.4 million in bad checks to other creditors who loaned him money or provided goods and services for his various companies, including All Points International Distributors, Inc., which sold tents and prefabricated buildings to the U.S. military.

Porrino said that Schroeder, 56, of Washington Township (Bergen County), was sentenced today to eight years in state prison by Superior Court Judge Robert Reed in Somerset County. Schroeder pleaded guilty on Oct. 7 to a charge of second-degree misconduct by a corporate official. He must pay full restitution of $5,318,150 to his victims, and he is permanently barred from public office and public employment in New Jersey. Four companies that he operated also pleaded guilty in October. Each of those corporate defendants – All Points International Distributors, Inc.; Hercules Global Logistics, LLC; RS Consultants, LLC; and RGS Bergen, LLC – pleaded guilty to second-degree issuing bad checks. Each of the companies is jointly and severally liable with Schroeder for paying full restitution to the victims.

“As Schroeder’s business ventures failed, he solicited creditors to prop him up financially, lying to them about how their funds would be used and his ability to repay them,” said Attorney General Porrino. “He built a house of cards on his status as an elected official and then let his creditors suffer the losses when it all came crashing down. This prison sentence sends a strong message that nobody is above the law.”

“Schroeder’s creditors trusted him because he was a prominent public figure and because he promised them big returns, but instead he deliberately deceived them and stole over $5 million,” said Director Elie Honig of the Division of Criminal Justice. “We’ll continue to prosecute this type of corrupt conduct aggressively, wherever we find it and whoever commits it.”

“Schroeder’s descent from a respectable assemblyman to a convicted criminal was the result of choosing to lie, deceive, and steal as a way to save his struggling companies,” said Colonel Rick Fuentes, Superintendent of the State Police. “The eight-year prison sentence and permanent ban from public office and public employment in the State sends a clear message that we will not tolerate corruption in New Jersey.”

Prior to being charged in this investigation, Schroeder was Deputy Republican Whip of the New Jersey General Assembly. He served two terms in the Assembly from 2010 to 2014 representing the 39th Legislative District, which includes portions of Bergen and Passaic counties.

The state’s investigation revealed that Schroeder, through his companies, wrote at least 47 bad checks totaling $3,431,150 to 12 individuals who loaned him funds for ventures involving his various businesses, and to two companies that provided him with goods or services. He knew that the bank accounts against which he wrote the checks did not have sufficient funds to cover them.

In addition, the investigation revealed that Schroeder stole funds from at least five individuals, identified in the indictment only by their initials, who loaned him $1,887,000 for a purported venture involving another company he formed, Hercules Global Logistics, LLC, to supply permanent and temporary housing for an oil drilling project in North Dakota. Schroeder used the money to pay personal expenses and other debts not associated with the project.

All Points International Distributors sold tents, tarpaulins, building components, prefabricated and portable buildings, and other prefabricated structures. Historically, most of its business was with the U.S. military, with contracts providing for such items to be delivered to Afghanistan, Iraq, and other international locations. The state’s investigation revealed that the business began to decline after government contracts dropped off. Schroeder tried to sustain the company by seeking numerous short-term loans from individuals who were promised a high rate of return. As he fell behind on those loan payments, between October 2009 and August 2012, he wrote the bad checks.

Later, in January 2012, Schroeder began to raise funds by soliciting individuals for loans for the new project in North Dakota. He established Hercules Global Logistics, which he said would supply permanent and temporary housing units – and offer catering, design and other services – to establish and maintain a base camp for an oil drilling project. Schroeder claimed he expected to complete the housing project, which he named the Washington Dakota Lodge or Watford Lodge, by the end of 2012. Schroeder instead diverted the funds for personal expenses and other debts.

Schroeder was initially charged by complaint-summons on Aug. 3, 2012 with passing bad checks. At that time, detectives executed search warrants at Schroeder’s home and at a business facility at Prospect Place and Piermont Avenue in Hillsdale which served as headquarters for All Points and Hercules Global Logistics. The state also obtained a court order to seize a number of bank accounts maintained and controlled by Schroeder in various business names. RS Consultants, LLC was operated by Schroeder as a property management firm, and RGS Bergen, LLC was a company he set up for one of his investment properties. Schroeder and the corporate defendants were indicted on Dec. 21, 2012. 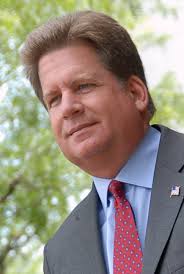