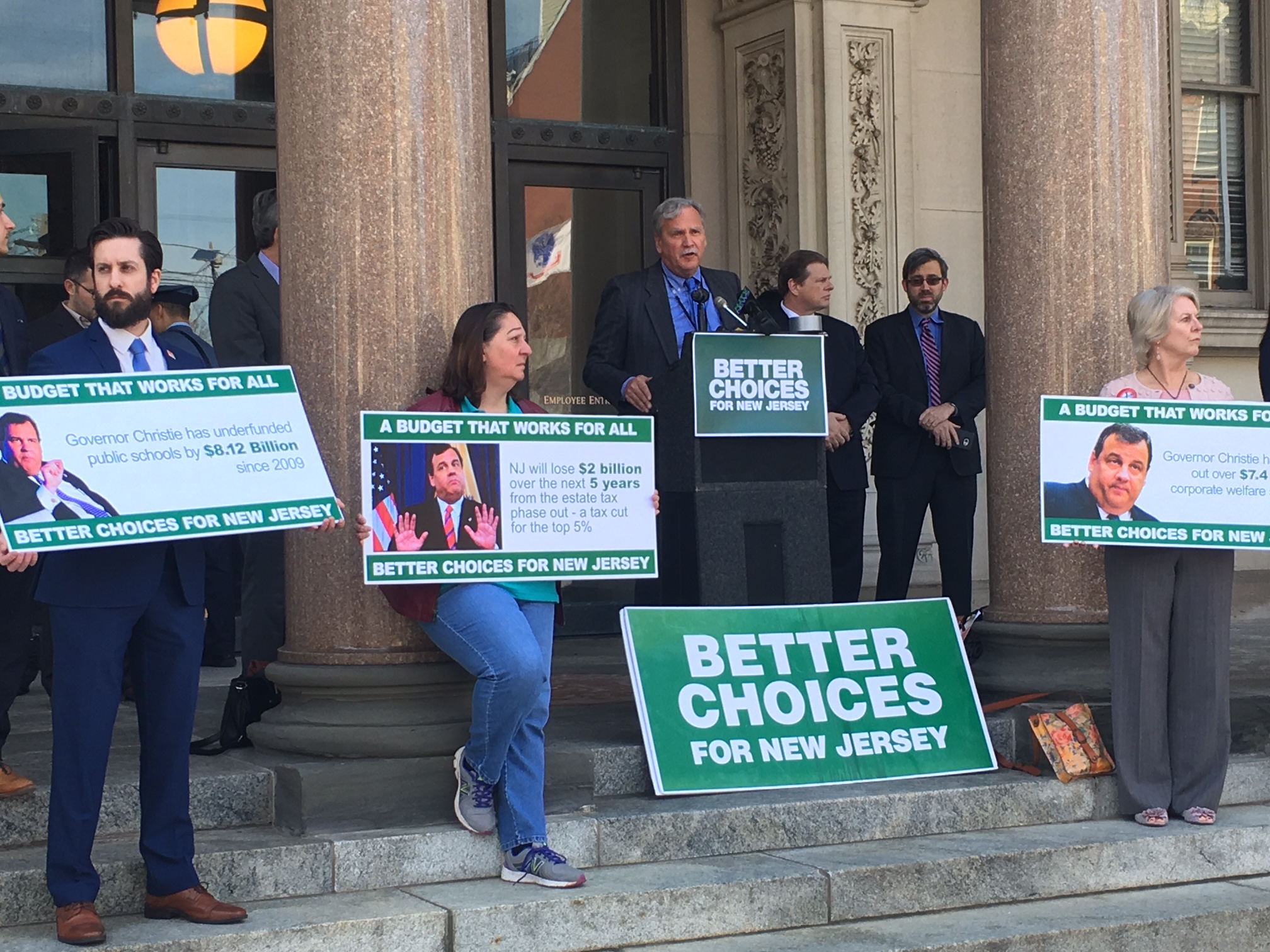 Jeff Tittel of the NJ Sierra Club speaks at a rally ahead of Christie’s final budget address. Alyana Alfaro for Observer

TRENTON – New Jersey Governor Chris Christie’s vision of the state is a “fairytale” according to advocates who gathered on the front steps of the Trenton State House ahead of Christie’s eighth and final budget address. According to members o the Better Choices for New Jersey coalition, Christie’s “malfeasance” has left “the state’s working families and the state in general in a state of destruction.”

According to Analilia Mejia, executive director of NJ Working Families, the picture Christie will likely represent in his 2 p.m. address will be a state on the road to recovery. According to Mejia, Christie has “failed New Jersey.”

Other advocates aired grievances with Christie including environmental policy concerns, criticism that Christie’s policies are “anti-transit,” calls for the governor to support the Affordable Care Act and for close ties between the governor and President Donald Trump’s administration.

One of the biggest expected issues on Christie’s budget address agenda is the much-discussed school funding formula in the state. Christie’s plan—which would equalize amount per student regardless of need—has gotten sharp opposition from teachers and Democrats. There is speculation that during his final budget address Christie might make a final push for the controversial plan. NJEA President Wendell Steinhauer spoke against the plan during Tuesday’s rally.

“NJEA has a message for Governor Christie, the legislature, President Trump, [U.S. Education Secretary] Ms. Betsy DeVos, and Congress: public schools have been under attack in recent years and we’ve had enough. NJEA will oppose and fight against any effort to defund New Jersey public schools.”

Christie’s budget address will be held at 2 p.m. Here is what the governor is expected to speak about. 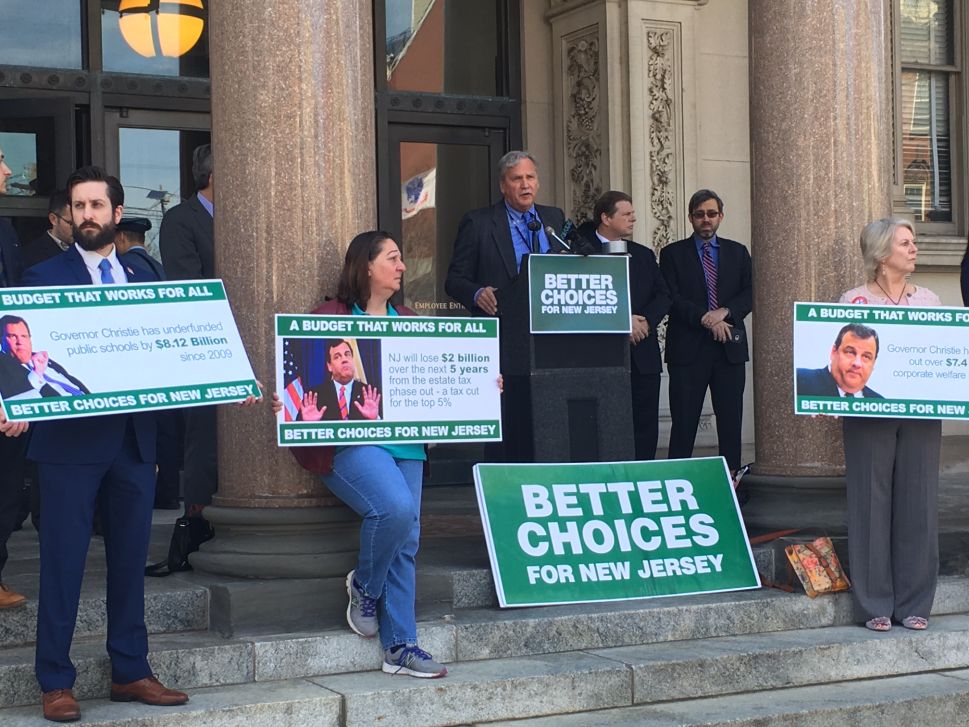