Harlem State Senator Bill Perkins won his old seat for the City Council back by taking a third of the vote in a special election held tonight—setting up a contest for his old seat in Albany, and possible primary battle for the Council job this fall.

Perkins took 3,750 of the just 11,150 votes cast in the low-turnout race for the uptown district, which most recently belonged to Assemblywoman Inez Dickens, who bowed out of the Council after assuming her current seat last month. His nearest rival, union leader Marvin Holland, drew a little fewer than 2,100 ballots, or 18 percent of the vote.

“From the start, I got in this business to make a difference for people. This victory across the community gives me the opportunity to do more for people,” Perkins said in a statement to the Observer. “I am grateful to the people here who took the time to listen to me and came out and gave me this chance to make a difference.”

The victorious pol first held the Council seat from 1998 until 2005, and ascended to the State Senate in 2007. But sources informed the Observer that Perkins has long been unhappy in Albany, where Democrats have languished in the minority for much of his tenure and where—after the most recent pay raise at City Hall—salaries are almost $70,000 lower than they are in the local legislature.

Perkins survived a court challenge from Holland, who accused him of petition fraud and unsuccessfully sought to get him booted from the ballot. He later received the endorsement of Mayor Bill de Blasio and of the Council’s left-leaning Progressive Caucus, and earning them both an ally in upcoming fights over zoning and other local regulations.

But since he received less than 50 percent of the vote in the nine candidate field, there is a fair chance at least one of his opponents from today’s special will run against him in the Democratic primary this September.

Republican candidate Dawn Simmons was the only non-Democrat in the running.

Wright confirmed to the Observer he was interested in seeking the State Senate post during an interview earlier this month. However, unlike vacancies in the Council—which the mayor must call a special election to fill within three days of their opening—calling a special election for the State Legislature is entirely at Gov. Andrew Cuomo’s discretion.

The governor has allowed seats in Albany linger unoccupied for long periods of time, though he and Wright are close.

Several other state lawmakers are either known or rumored to be eyeing open Council seats this fall. 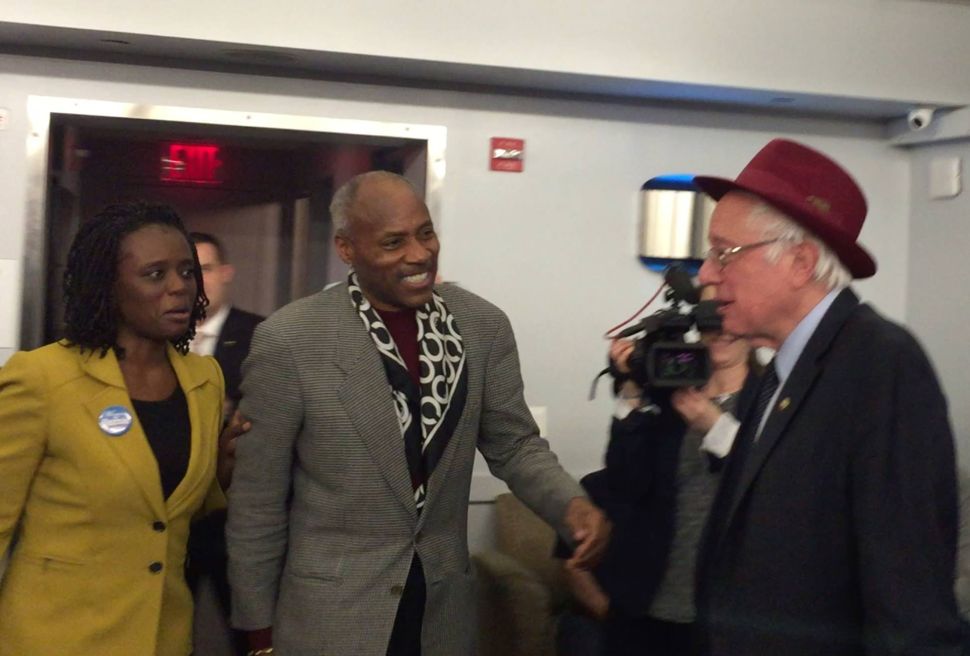