It’s all heroin, all the time in Trenton this week. Let’s see if a Top 10 List covers it all!

10) Let’s start with the week’s Quote of the Day as delivered by veteran assemblywoman Pam Lampitt, commenting on NJ’s voracious appetite for opiates like heroin and Oxycontin: “I have grave concerns that we’re not actually reaching far enough.”

After shouting “AMEN,” I reached out to Assemblywoman Lampitt who had several things on her mind, namely prevention, prevention, and more prevention!

“We are being reactive and not proactive,” Lampitt told PolitickerNJ. “We need to look at our children and our youth – help to give them the skills to control impulsive behaviors. I also think as the American Academy of Pediatrics have said, that children 12 and over should be screened for behavioral issues on a yearly basis!”

It was a long day filled with much debate over how to combat the symptoms of the crisis (i.e.; Narcan, access to rehab.) Of course, if we prevent the problem, all those symptoms will vanish. That makes Lampitt’s refreshing PREVENTION message our QOTD.

9) It’s important to highlight impediments to progress on the issue. Who’s lobbying for our lethal status quo?

The Medical Society of New Jersey represents doctors in New Jersey. Not patients, doctors. Including doctors who enrich themselves by getting our kids hooked on prescription opiates. The Medical Society of NJ has for many years repeatedly opposed all measures that would clamp the pipeline that’s currently flooding our state with opiates. More prescriptions for more people of all ages, at higher doses for a longer duration. That’s their agenda. And they’re lobbying in Trenton every day.

The Medical Society of NJ has Assemblyman Herb Conaway by the cajones. Hopefully a higher level of scrutiny will curtail that unholy arrangement.

You know, I write about heroin addiction here a lot. Consequently, people in crisis reach out to me all the time to share their anguish for the heroin-addicted daughter. Or the son they just buried.

WTF am I supposed to say to these people!? How do I give them hope knowing that politicians and special interests are colluding to flood our state with deadly prescription narcotics?

And you wonder why I’m so bitter?

8) For the umpteenth time, a five-day prescription opiate limit passed Senator’s Joe Vitale’s Senate Health Committee. Will this time be the charm in the lower house? Will Assembly Health Committee Chairman Herb Conaway finally release a bill that might curb the pipeline that’s flooding our state with prescription drugs?

For years Conaway’s done the bidding of the Medical Society of NJ, whose NO LIMITS approach to prescription opiates helped create the mess we’re currently in. Here’s hoping those days are over.

In a way, though, I’m kinda hoping Conway & Co will continue to trade on a few cherry-picked sob stories from folks in chronic pain to justify their lucrative pill-happy agenda. Then we’ll remind them about the time Herb and his top deputy (who’s now chief lobbyist for the Medical Society of NJ) personally removed chronic pain as a qualifying condition for NJ’s medical marijuana program.

You can officially stop wondering why I’m so bitter. Because now you know.


7) About a dozen former heroin/prescription drug addicts were on hand to watch these assembly hearings. It’s a pity Chairman Herb Conaway never invited any of them to speak (or maybe he did and they all declined?) because I bet they were all just as compelling as any of the lobbyists/providers/politicians who did talk. Frankly it baffles me that policymakers don’t listen more to recovering addicts for policy guidance.

For his part, Senator Vitale’s corresponding Senate hearing did indeed include testimony from an actual former heroin user, a highlight of the hearing really. That willingness to listen and to learn from the actual stakeholders (i.e. addicts and their families), is why the anti-heroin bills that emerge from Senator Vitale’s committee are vastly superior to whatever Conaway and his lobbyist friends always try to peddle.

6) So Assemblywoman Joann Kagan Downey has a bill.

Long story short, she wants to create a new authority called the New Jersey Health Care Facilities Financing Authority. A sort of development authority that might harness “private investment in health care services for the treatment and prevention of opioid and other substance use disorders (treatment and prevention services) to lower public expenditures related to those services.”

Sounds good until you remember NJ’s ghastly, shameful, jaw-dropping, Bizarro-world track record with authorities. With respect, her testimony was unconvincing; she cited Goldman Sachs like it was virtuous. It almost felt like she was pitching an idea—to provide loan guarantees to make rehab facilities a juicer target for Wall Street money—that wasn’t hers.

This feels charter school-ish to me; i.e. using schools (or in this case rehab centers) as an investment tool for banks like Goldman Sachs? Eyes wide open on this bill, y’all!

(Note to Assemblywoman Downey: respectfully, I invite you to make your best pitch! You can use my column space to make the case case!)


5) Conservative Assemblywoman BettyLou DeCroce and I agree once every 198 months or so. Maybe less. But when she queried Assemblywoman Downey what happens if one of these treatment projects falls through—i.e.; who’s on the hook?—I was literally wondering the exact same thing.

No satisfying answer was forthcoming. Besides, what is success? Simply setting up a facility? Or actually getting people off drugs? Because those are totally different goalposts, a distinction Downey’s prepared remarks did not address.

After hours of talk on several committees about billing, compliance, regulations, and insurance, I began to imagine what the Opiate Recovery Industrial Complex might look like. Shudder to think. These various, sundry agencies will be composed of politicians, many of whom created the current climate. More task forces, more agencies, more authorities.

But not a single new needle exchange site.

(Note to Assembly Speaker Vinnie Prieto: you know I love you, Boo. But if you appoint Herb Conaway to any of these committees, you’ll NEVER hear the end of it! Might I suggest choosing legislators with an unimpeachable track record on this issue instead? Dr. Tim Eustace & Pamela Lampitt come to mind.)


3) Be careful what you wish for right? So imagine my surprise upon realizing that, after years of whining about treatment-on-demand for addiction, here we are confronted with that possibility – 6 months insurance coverage! – and I’m like OMG! Who’s gonna pay for that?

I was an IV-drug user. Meth was my primary poison but I’ve booted enough dope to earn my spot in the heroin alumni association. And by the time I finally got help, I didn’t have a pot to piss on. My stint in rehab was paid for by the generosity of American taxpayers via Medicaid, who approved my first 21 days of inpatient therapy advance. This was back in 2003, hardly ancient history.

My medicaid story proves it’s worth the investment to shepherd someone out of addiction. I’m living proof that there’s 1) hope for recovery and 2) a good life waiting on the other end. And I like to believe society recouped their generous investment in my well-being. But statistically speaking, I’m the exception to the rule.

Relapse is quite common with opiate addiction.

Guaranteeing 6 month of inpatient drug therapy is a radical idea that, if done smartly, will make a dent in NJ’s heroin nightmare. That would be an investment everyone could agree on. But if we expect this massive investment to pay off, that requires a laser-like focus from policy makers and regulators to ensure my fears of an Opiate Recovery Industrial Complex never materialize.


2) Jim McGreevey in the House. The ex-NJ governor has devoted his life to combating NJ’s heroin epidemic. Many of the positive steps our current Governor Chris Christie outlined in his State of the State speech help only people with insurance coverage. It’s a good start, but it doesn’t much help poor people. McGreevey was on hand to bear witness the plight of addicts living on society’s margins.

In retrospect it’s probably better my writing career never coincided with Jim McGreevey’s time as governor. How do you think that would have played out? Savagely? As it turns out, McGreevey the ex-Governor is infinitely more sympathetic than any political persona and New Jersey is well-served by his ongoing efforts in the actual trenches of this battle.


1) Everyone loves a cunning linguist. Words matter. Thus, a linguistic quibble to end with. The word “disease” to describe addiction DRIVES ME CRAZY! Sure, there’s probably some genetic proclivity towards addiction. But you could say that about eye color too.

I prefer the term “pathology” instead.

Most people call it a disease to be kind; to acknowledge that addiction isn’t necessary a character flaw or a sign of weakness. Pretty much everyone alive has an addict somewhere on their family tree and I’m no exception. But I didn’t get hooked on drugs because of my family history. Rather, it was a confluence of my own selfishness, pain, poor-judgement, and bad luck. And perhaps a genetic proclivity toward addictive behavior as well. Sure, society and biology let me down and left me vulnerable. But I let myself down too. I’m the better man for admitting as much.

One of the reasons I’m not shooting drugs anymore is the willingness to accept responsibility for the sad mess I created. I was by-and-large, the captain of my own misfortune. Calling it a disease allows addicts like me to cop out and overlook the real roots of my addiction. Calling it a disease, even for sympathetic reason, deprives addicts like me the agency to hope and to cope.

When describing addiction, won’t you consider the more neutral term “pathology” instead? 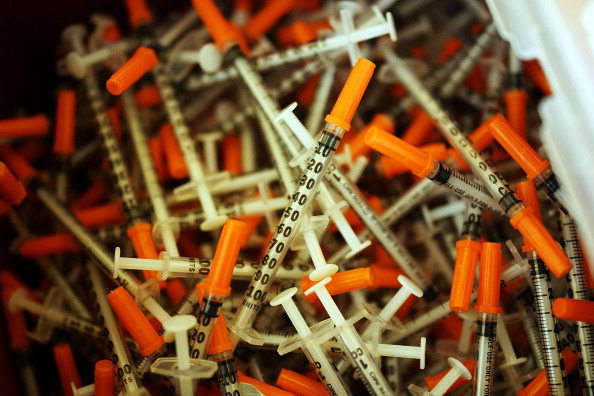