Hezbollah desperately needs money, and their aggressive fundraising campaign is collecting  donations online, by phone, or through the mail via pledge cards. Indeed, they will find a way to accept any money offered.

This is not the first time Hezbollah has embarked on a fundraiser. It is, however, the first time they have so heavily utilized new media to raise money. They are engaged in a multi-tiered campaign, one that draws on the many layers of potential donors to contribute. The use of crowdfunding through social media is very new for Hezbollah.

The name of this campaign is “The Initiative to Arm Jihadists,” and the terms and phrases of the campaign are meant to entice to donors. “Arming the Jihadist” preys on religious fervor, transforming the simple battle into an Islamic obligation.

Jihad is a requirement in Islam, and Hezbollah’s fundraising web video proclaims that “Whoever arms a fighter is considered to have fought.” Another video powerfully pitches, “You help; resist.” The group’s video states, “Jihadists who fight in the resistance need clothes and military equipment. This initiative allows you to help equip them.”

Hezbollah’s Twitter has dynamic speakers encouraging contributions and explaining to potential donors how significant their gifts are in achieving Jihad. Fundraisers explain that, while not everyone can participate in the battle with weapons, everyone can donate. And with each donation to Hezbollah, the donor fulfills the obligation of Jihad by enabling the fighters to fight.

The campaign’s hashtags pushes the conversation to raise money for Hezbollah. #MoneyForJihadIsAMust, in particular, has become a rousing cheer.

Hezbollah is also using news outlets to raise funds, and created something akin to a PBS fundraiser. The network dedicates a section of their website specifically to the campaign. Potential donors are shown a slew of videos about Hezbollah and Jihad, with various options for giving.

Conventional wisdom is that Hezbollah is sponsored by Iran. However, now Hezbollah eagerly wants more funds, and Iran attaches serious strings to their money. The money and weapons Iran gives are always earmarked for very specific purposes.

Hezbollah has been receiving funds from around the world for years. In fact, even though it is illegal to donate to terrorist organizations, much of their funds come from citizens of the United States. We know this because, over the past decade or so, the FBI has conducted numerous sting operations and raids that have yielded information about how extensive Hezbollah’s illegal activities are in the U.S.

In 2006, Rep. Edward Royce informed Congress that the FBI was actively pursuing 200 cases of Hezbollah fundraising in the United States. According to Royce: “The vast majority of this activity has been linked to fundraising, specifically to attempts to use Visa cards and MasterCards for fraudulent funds to support Hezbollah along with other criminal fundraising activities.”

And that’s just for starters. Smuggling cigarettes from the south into Michigan—specifically Detroit—and selling them for under the market price, avoiding federal and state taxes, has netted hundreds of millions of U.S. dollars for Hezbollah.

The counterfeit clothing, handbag and footwear businesses operating out of New Jersey and Queens and sold in New York’s Lower East Side and Chinatown also have a strong link to Hezbollah. A crackdown by federal agents, in which 32 stores were raided, resulted in the confiscation of 100,000 Nike t-shirts, 75,000 pairs of fake Nike sneakers and 75,000 fake designer handbags. Warehouses were netting millions of dollars of product. In most cases, that money went to Hezbollah.

Even the used car market is involved. In Oklahoma, for example, cars were bought and shipped to West Africa. Fifteen to 25 percent of the profits from those sales went to Hezbollah. This information was broadcast on local Oklahoma KTUL-TV by DEA Agents.

Here’s the bottom line: Hezbollah needs money—and they are extremely creative in getting it—but we cannot let it happen. We need to work as diligently to stop Hezbollah from receiving money as they work to raise it. 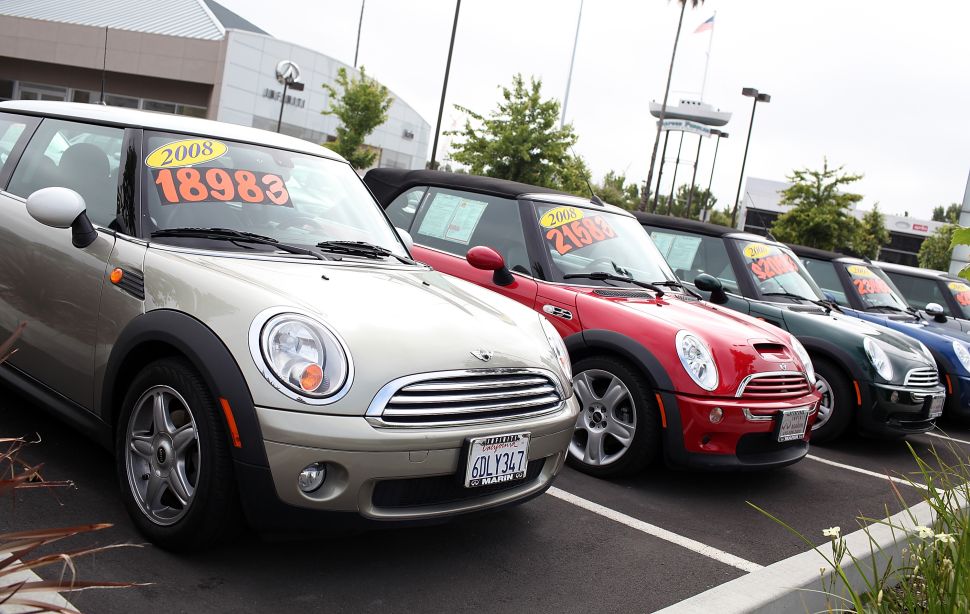