Since Hillary Clinton’s election loss, rumors about what she will do next have ranged from prepping for another presidential campaign to running for Mayor of New York City to hosting her own television show. On February 1, Clinton formally announced that she is working on a new book, thereby exploiting for profit the narrative of a personal struggle and how unfair her election loss was to Donald Trump. Clinton’s publisher, Simon & Schuster, the same publisher who incited boycotts by signing a book deal with Breitbart editor Milo Yiannopoulos, told the Associated Press that Clinton’s book will be structured around her favorite quotes to “tell stories from her life, up to and including her experiences in the 2016 presidential campaign.”

Clinton said in a statement, “These are the words I live by. These quotes have helped me celebrate the good times, laugh at the absurd times, persevere during the hard times and deepen my appreciation of all life has to offer.” Instead of writing a self-serving book about her own hard times, Clinton should write an apology to Democrats and progressives for forcing them to endure her coronation as the Democratic presidential nominee only to watch her campaign self-destruct from its own arrogance in what should have been an easy win against Donald Trump.

In addition to writing a book to profit off blowing a second presidential campaign, Clinton is returning to the highly lucrative paid speech circuit. Her relationship with the Harry Walker Agency, the speakers bureau she worked with after she left the State Department, will resume. Clinton already has three paid speech gigs lined up independently.

Clinton’s publisher, Simon & Schuster, also said Clinton will be reissuing her 1996 book, It Takes a Village, which was used to boost the Clinton brand during the Whitewater and Travelgate scandals.

Clinton is now using the same tactics to revitalize her image that she used after she left the State Department as secretary of state. In 2014, Clinton published Hard Choices, which chronicled her experiences as secretary of state, while she embarked on the paid speech circuit and went on an award tour with several different charities. Though Clinton has stayed out of the spotlight so far, mainstream media outlets have been eager to entertain rumors of what she will do next, to her benefit. These same outlets sensationalize her rare tweets by turning them into news reports. As MSNBC host Chuck Todd, who held a private party during the campaign for Clinton campaign Communications Director Jennifer Palmieri, admitted in a recent podcast, mainstream media reporters downplayed how disliked Clinton was in many parts of the country because she was treated more like a celebrity than a politician.

“Where I think political correctness got in the way of what we all knew as reporters and didn’t fully deliver was how hated the Clintons were in the heartland,” Todd said. “What do I think we did wrong in this election? The biggest thing is we didn’t tell the stories of all Americans. We told the stories of coastal Americans. And ultimately, that’s like the larger trust issue.”

Clinton is taking the steps that she took in 2013 and 2014 to rebuild her image as a celebrity. Although she remains widely disliked by most people in the U.S., the mainstream media and corporate elite still have an affinity for her and will likely continue to elevate and support her in whatever she plans on doing next. 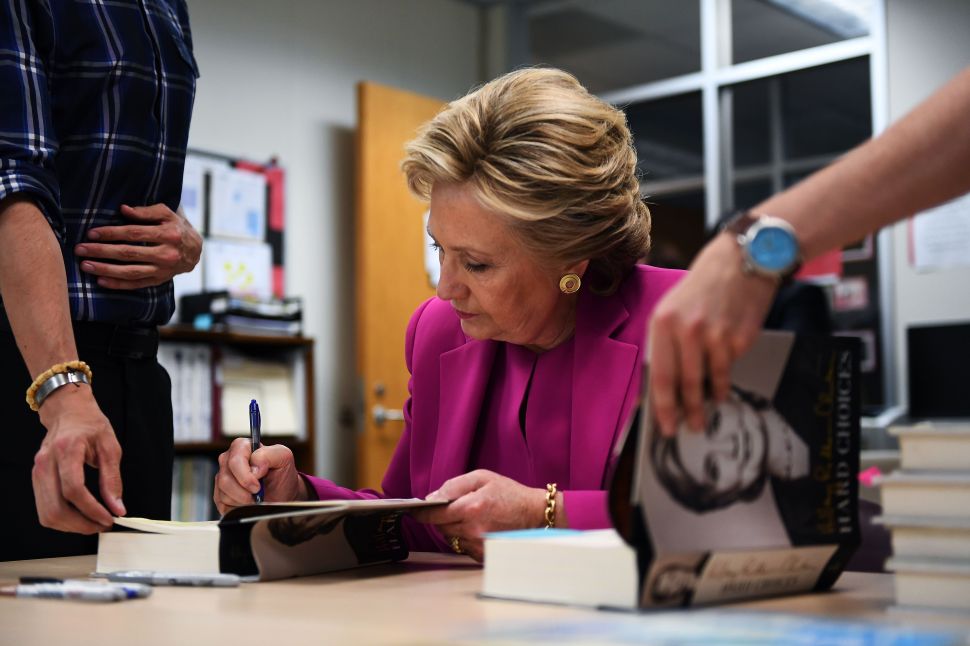