Holley’s election was formalized at the Foundation’s board meeting Wednesday at the PSEG corporate headquarters in Newark. He succeeds Assemblyman Herb Conaway, MD (D-Delran).

“Our country stands at a crossroads, and we’re going to have to come together as a community to protect the institutions that we hold dear, as well as to advance an equity agenda,” Holley said. “It’s an honor to be chosen by my legislative colleagues, civic and business leaders throughout the state to helm this organization. Our work is cut out for us and we’re prepared to move forward.”

“In the two years since Assemblyman Holley joined the legislature, he has proven himself to be a strong voice representing the African-American community and has exhibited a strong aptitude in moving forward progressive legislation, issues and advocacy that serves his district and the entire state,” said Rice.

“When the Assembly is in session, it’s all-hands-on-deck at the State House for Assemblyman Holley, but then that same evening you can find him at a local town council meeting in his district. His desire to serve knows no bounds and we’re going benefit greatly from his leadership at the Foundation,” Oliver said.

In addition to Holley’s election as president, George Hampton will retain his role as Foundation Vice President, Maurice Brown will serve as Treasurer and Jeannine Frisby LaRue will serve as secretary.

Assemblyman Holley served as the youngest elected official in Union County when he was elected Councilman-at-Large in Roselle in 2004. He then became the youngest mayor elected in the Borough’s history in 2011. In 2015, Holley became the first African-American state legislator to represent New Jersey’s 20th Legislative District (Roselle, Elizabeth, Union, Hillside). In the Assembly, Holley is a member of the Higher Education Committee, the Housing and Community Development Committee and the Women and Children Committee.
Holley currently serves as Director of Public Works for the Township of Irvington. 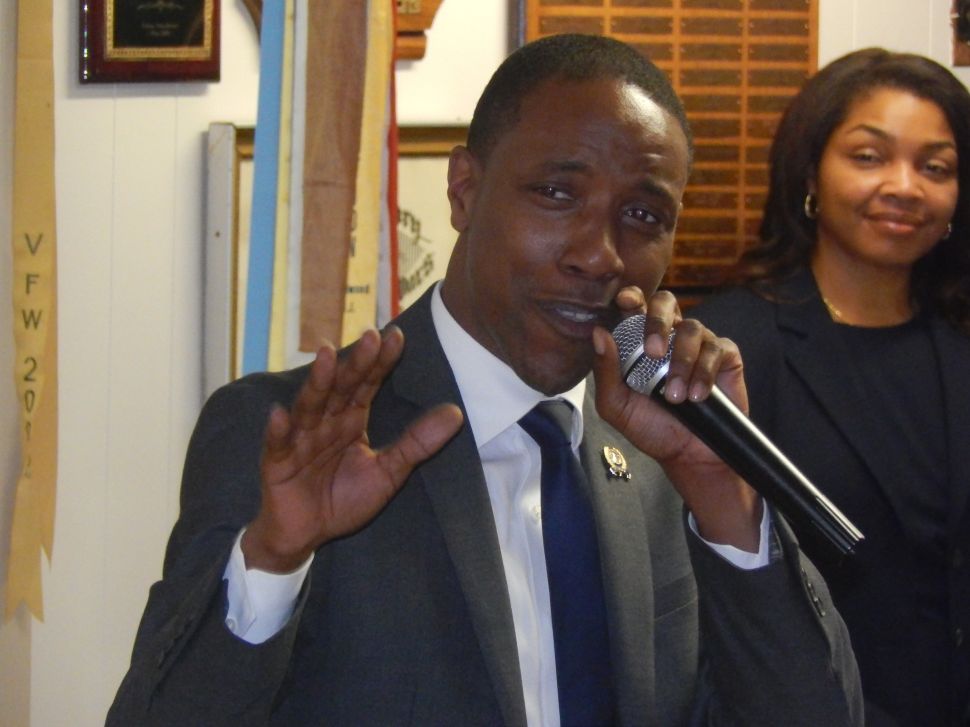