I can’t believe I didn’t see this explosion coming. It’s like I forgot what show I was watching. Maybe I am dumber than Homeland. I’ll get back to that later. A Flash of Light opens with Saul’s late night clandestine Lyft Line getting him in front of Javadi, who he asks to help him get to the bottom of the Iran-Korea parallel nuclear deal. This sort of culminates in an “I thought we were friends!” moment when Javadi reminds Saul that he’s asking him to risk his life by sneaking into the West Bank. Saul is eventually visited by Israeli Ambassador Etai Luskin who offers to drive him to the airport but is in reality on to his very obviously bunk one day visit to the edge of the world. Meanwhile Dar Adal attempts to ambush Madame President-Elect Keane’s press conference by leaking some “conclusive” info about Iran to The New York Times even though it’s just a bunch of hullabaloo at this point. This would cause the American public to pressure her into going along with the CIA’s investigation, even though it is hardly “conclusive.” She tells him she won’t be peddling that fake news for political advantage and simultaneously all of us in the audience go “wow, I wish she was president in real life.

Carrie and Reda successfully bust Sekou out of prison and drive him home for a cool teenage religious fanatic surprise party complete with soda and more soda, and before he’s been home for a scant hour he’s back online vlogging incriminating evidence about his case that could land him right back in prison. This leads to Carrie coming over and having a “cool teacher” moment with him where they bond about how she has some pretty whack views just like him and she also stuck her neck out on the line for him. I’m surprised she didn’t start rapping about the CIA but other than that this is a very sweet moment.

Carrie also meets with Keane and Hemmis about trying to formulate some kind of leverage against Dar Adal, to which Carrie seems reluctant. Just when you’re out they suck you back in, huh, Carrie? Keane then drops the most important line of this episode: “no one wants to be a whistleblower.” That’s not a Coldplay song, that’s a plot theme. Javadi wants out, Carrie wants out, Sekou has to prove to his friends that he’s not wearing a wire… No one wants to be a whistleblower. Later on Carrie and Dar Adal meet in the streets where they butt heads and tell each other to “stand down” until both of them and the camera seem to remember that Franny is also there. New York is a horrible place to raise a child.

Quinn’s Nancy Drew Mystery takes an interesting turn when he decides to drag his gimpy legs over across the street to the apartment he’s been fixating on lately. His suspicions are confirmed when he breaks into the place and looks like whoever lives there has been spying on Carrie Mathison. Since he’s got nothing else to do all day besides eat snacks with Franny and watch The Price Is Right, he decides to sneak out and follow the man from across the street. He trails him to Long Island City where he catches him lurking around the dark but gives up and goes home. Take it from me, no one goes to Long Island City if they can help it, something is seriously wrong and that something is apparently in Sekou’s van. The next morning Sekou goes back to his old job, driving a moving van in Long Island City and kaboom, something finally explodes and Homeland Season 6 truly begins. 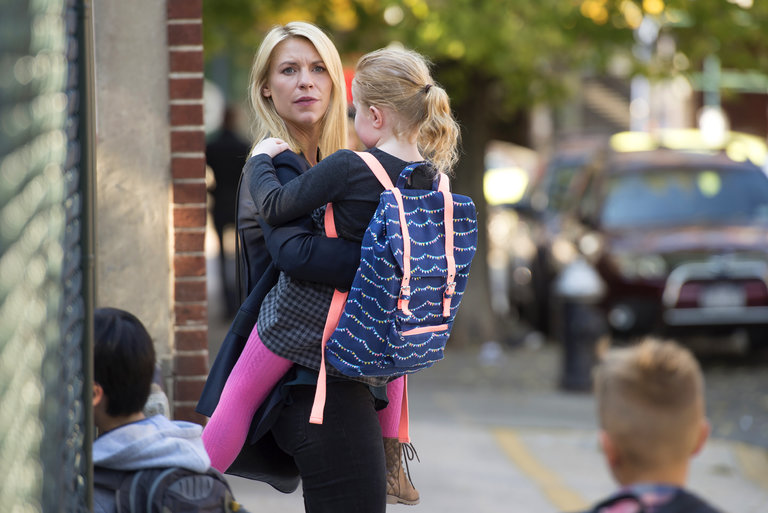