Imagined Dialogue For’ is our series by the hilarious and talented Chris Scott, of Reviews of Movies I Haven’t Seen fame. Next up? Chris takes a stab at guessing what happens in that boy-born-on-Mars movie, The Space Between Us.

STRANGER: Wow, so you were really born on Mars?

GARDNER ELLIOT: Indeed I was.

GARDNER: Well, I mean I don’t really remember it.

STRANGER: I think if I were born on Mars I’d remember it.

GARDNER: Eh, that’s not really how the human mind works.

STRANGER: You seriously don’t remember anything at all about being born on Mars?

GARDNER: I don’t remember being born. On Mars.

STRANGER: If I had been born on Mars, you better believe I’d remember it.

GARDNER: You already said that.

STRANGER 2: Aren’t you the guy who was born on Mars or something?

STRANGER 2: I mean, tell me everything.

GARDNER: You know, weirdly enough there’s just not that much to say. I guess I would liken being born on Mars to being born here, on Earth. But on Mars, if that makes sense.

STRANGER 2: I don’t know, I mean, you were born on MARS! That’s, like, incredible right?

GARDNER: It’s definitely unique, for sure. There’s just not that much else to say about it, unfortunately.

STRANGER 2: But you were born on Mars.

STRANGER 3: Get the hell out of town.

GARDNER: Haha, yeah that’s me. I was born on Mars.

STRANGER 3: So, born on Mars. Start from the top. Let’s hear it.

GARDNER: Well, you know, I was born on Mars. And then, um, well I came here to Earth.

STRANGER 3: Sorry it feels like you skipped over some important stuff there.

GARDNER: Well I wasn’t conscious for, you know, the first part of my life, of course.

STRANGER 3: But being on Mars must’ve been cool.

GARDNER: It was fine. It was very red.

STRANGER 3: Sorry, can you just make something up? This kinda sucks.

GARDNER: Make something up about… being born on Mars?

STRANGER 3: Yeah, just anything interesting, at all.

GARDNER: But you already know it won’t be true? What’s the point?

STRANGER 3: I can delude myself enough. Just… tell me some cool Mars shit.

GARDNER: There’s like an order, or a council of dragons and there’s a dragon king and when a human is born on Mars, when he reaches a certain age, he’s ordained by the king dragon and infused with ancient Martian dragon blood.

STRANGER 3: This is extremely my shit. Don’t stop.

GARDNER: Yeah? You like this? So I’m the bridge. The connection. The only link in the universe between Martian dragons and Earth humans.

GARDNER: Oh, you bet. A big, big war. And who I ally myself with will be the key to determining who wins the war. Between humans and dragons. All of this is extremely true.

STRANGER 3: Love it. Thank you so much. You rock, man.

STRANGER 4: You the Mars guy?

STRANGER 4: You heard me. What a dump. Cold, desolate. No thanks. 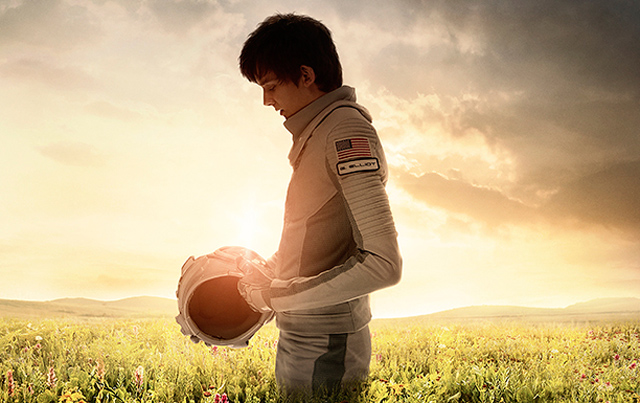