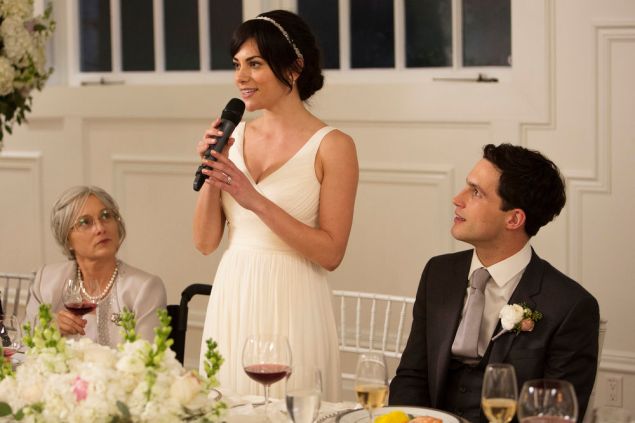 “How well can you know anybody? How well do you really know your girlfriend, your boyfriend, your wife?” asks an executive producer of Bravo’s latest scripted series.

Imposters follows Maddie, a persona‑shifting con artist who marries her unwitting victims, then robs them of everything, including their hearts. Things get complicated when three of her victims team up to track her down.

The aforementioned EP, Adam Brooks, explained more about the premise of the show at the recent Television Critics Association gathering saying, “It’s a show about reinvention. A lot of these characters are reinventing themselves, and the way they [do that] can sometimes make you sympathetic, or unsympathetic, to them in a way that you weren’t before, and we think part of the show is that it’s constantly shifting your relationship to who they are.

Fellow EP Paul Adelstein adds, “I think this was an opportunity for us to talk about [a lot of] things ‑‑ like identity and social media ‑‑ where people are reinventing themselves over and over again in a new way. People have always done that, but now you can just do it right from your phone. I think this was an opportunity to engage in that idea, but kind of in a sideways way.”

Inbar Lavi, who portrays Maddie, says that the shifting narrative made it challenging for her to lock in on her character. “I don’t think that I’ve found Maddie yet. I was really nervous because I wasn’t getting her, and then I realized that that it’s OK because she doesn’t know who she is either quite yet, and that’s a big question that goes on throughout the season.”

Two of Maddie’s suitors include Ezra and Richard, played by Rob Heaps and Parker Young respectively. The third is Jules, portrayed by Marianne Rendón.

In crafting the relationship for Ezra and Richard, Brooks and Adelstein laugh a little as they admit that they thought of famous duos like Newman and Redford, and Clooney and Pitt.

But they’re quick to add a little more context to the groupings, with Brooks saying, “We think this is also a show about families too — the family that you have and the family that you choose. The three [pursuers], after a rough start, make up a kind of family together. And then Maddie is part of another family of con artists that has its conflicts and issues too.”

Debuting at a time when there seem to be a slew of other ‘con artist’ shows currently on the air, Adelstein says that the Imposters creative team just stays focused on their own narrative. “We don’t really track [other shows]. It was really about creating our own world where this could exist.”

Brooks adds, “It’s a show full of twists and turns, as I’m sure many of those other shows are, but we decided just to keep that out of our heads.”

He goes on to say that the plan was to not only show the characters getting conned, but to con the audience as well. Adelstein explains, saying, “One of the fun things about this is that the rug will shift under the audience’s feet every now and then. For instance, in the pilot, you think, well, this is a bad person, this is a criminal, and then you find yourself being sympathetic for Maddie.”

Adelstein and Brooks say they were influenced by feature films like Out of Sight, Pulp Fiction and Preston Sturges 1941 comedy, Lady Eve.

Speaking about the believability of people getting taken in by someone else, Heaps muses, “I think everyone’s looking for completeness in life. I think love often seems like the answer to that. You feel like that fixes everything. Then, when it doesn’t work out, you’re left with the same problems as before.”

He adds that while he hasn’t experienced this first hand, he has had some rocky affairs. “I haven’t, thankfully, been conned out of my money, but I’ve been in relationships where I maybe thought it was more than the other person thought it was.”

Young talks about another film that helped him understand the series’ storyline. “I saw a documentary, it’s actually called The Imposter, and it’s about this family whose child was kidnapped. They got a call three years later saying he had surfaced in Spain, and it was just some imposter pretending to be their kid. He was 23 years old pretending to be 16. He was this was a kid who just wanted to be loved. The family just welcomes him in, [but] they know that’s not [their] kid. They just were willing to believe it because they wanted it so badly.”

Heaps points out that the one of the taglines of the show is ‘Love is the Greatest Con of All.’ “You can’t get any more real than that. It might be scary to really think about, but it’s true.”

Lavi, even though she’s playing a character who wrecks havoc on other’s lives, says that in real life she sympathizes with people who’ve been conned. “I would hope that people can take away from this show, the thought that ‘it’s okay. It happens. Clean yourself off. Get back out there. There’s always hope.’” 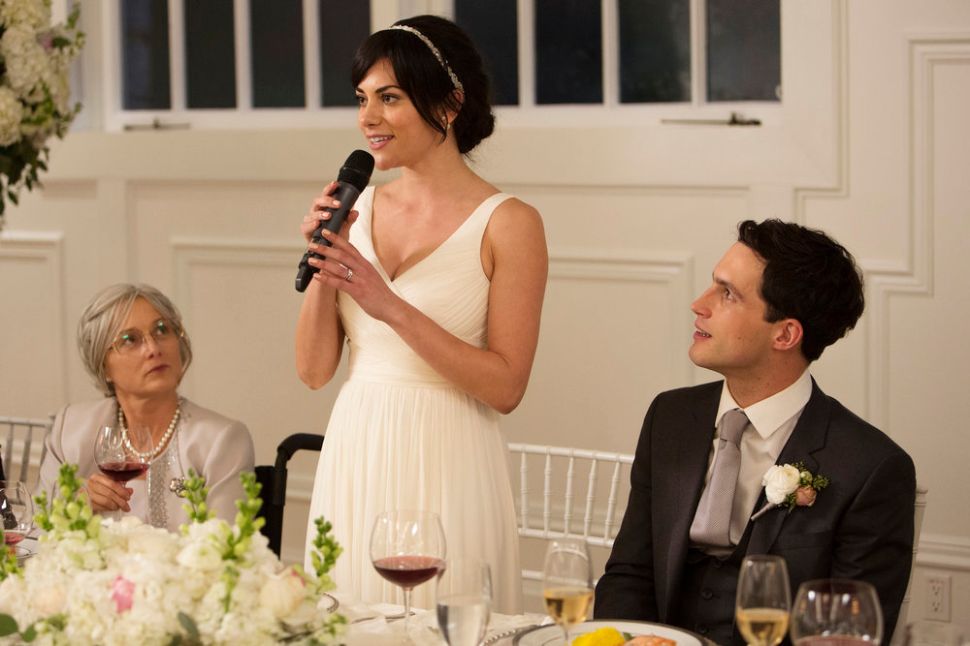