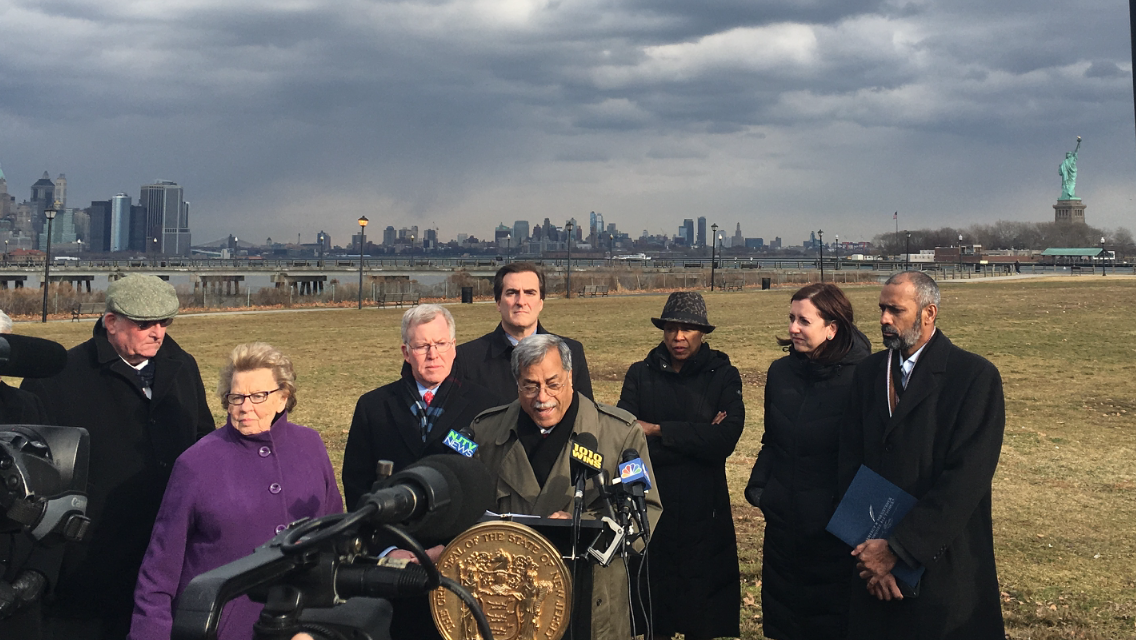 Lawmakers introduced a bi-state initiative to prevent the Port Authority from acting on Trump’s executive orders. Alyana Alfaro for Observer

JERSEY CITY, N.J. – With the Statue of Liberty looming in the background, lawmakers from both New York and New Jersey joined together to announce a bi-state legislative initiative to prevent the Port Authority of New York and New Jersey from using any of it’s resources to support the controversial immigration orders recently made by President Donald Trump.

New York state Senator Michael Gianaris introduced legislation on Monday applying only to New York. The new legislation—which has yet to be introduced—will apply to both states. According to Gianaris, the initiative was necessary in order to stop the agency, which administers both New York and New Jersey airports, from spending money on executive orders many believe to be unconstitutional.

“President Trump’s executive order is as un-American as it gets and it falls upon each of us to take any measures at our disposal to resist by any legal means,” said Gianaris. “The State of New York should not spend one penny in support of this unconstitutional federal effort and I will fight to make sure we don’t.”

New Jersey Senate Majority Leader Loretta Weinberg is championing the bill on the New Jersey side. She has long been vocal on Port Authority issues. Like Gianaris, she said the the agency cannot be a means to enforce Trump’s executive orders.

“We are committed to doing all we can as legislators to protect our residents, and those who come to this great nation seeking refuge and a better life for themselves and their families. Our bill will prohibit the agency from supporting the federal effort,” Weinberg said.

When asked about how she feels New Jersey Governor Chris Christie—a Republican and a Trump supporter—might react to the introduction of such a bill, Weinberg said she is unsure but hopeful that Christie may come around on the issue. She cited comments he made during a Tuesday press conference where the New Jersey governor claimed that the rollout of the immigration orders had been poorly implemented. She said she hopes that he will also take issue with the content of the orders.

Other legislators present at the unveiling of the legislation include New Jersey Senator Bob Gordon, New Jersey Senator Sandra Cunningham, and New York Assemblywoman Nily Rozic. Additionally, several faith groups were represented. All claimed that individuals should not be barred from entering the U.S. based on religion. 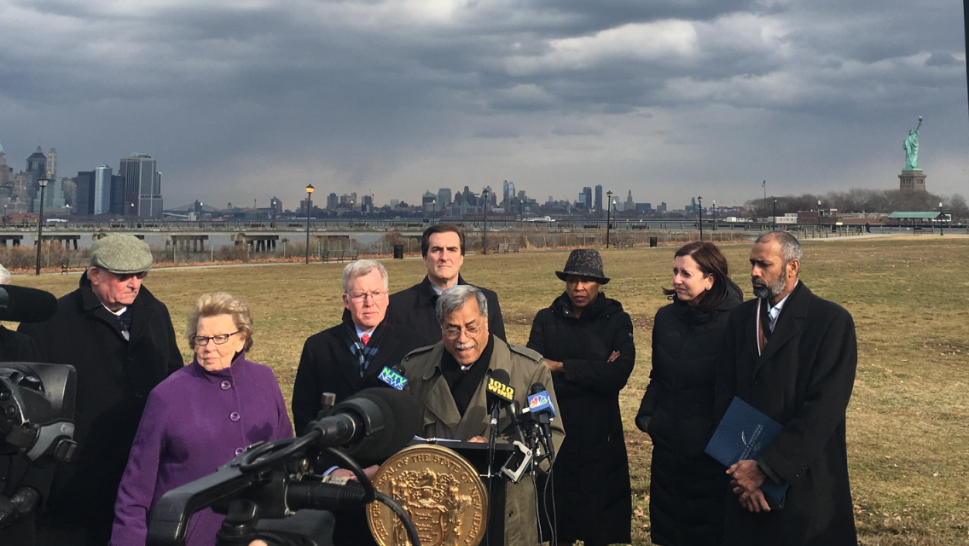