State Sen. Raymond Lesniak, who is struggling to stay afloat in his bid for the Democratic gubernatorial nomination, has taken to Twitter to appeal directly to public employee labor unions that have endorsed front runner Phil Murphy.

Lesniak’s tweet was aimed at the NJEA and CWA.

Lesniak has served in the legislature since 1978.  A Fairleigh Dickinson University Public Mind poll released earlier this month has him trailing Murphy 17%-7%, with 6% for Assemblyman John Wisniewski and 2% for former U.S. Undersecretary of the Treasury Jim Johnson.

The tweet had garnered 7 “likes” in its first five hours.

UPDATE: After this story was posted, Sen. Lesniak contacted PolitickerNJ to complain about the headline of this story and fired a zinger of his own, aimed at Murphy: “I would suggest spending $10.8 mil. to get 17% is struggling to stay afloat.” 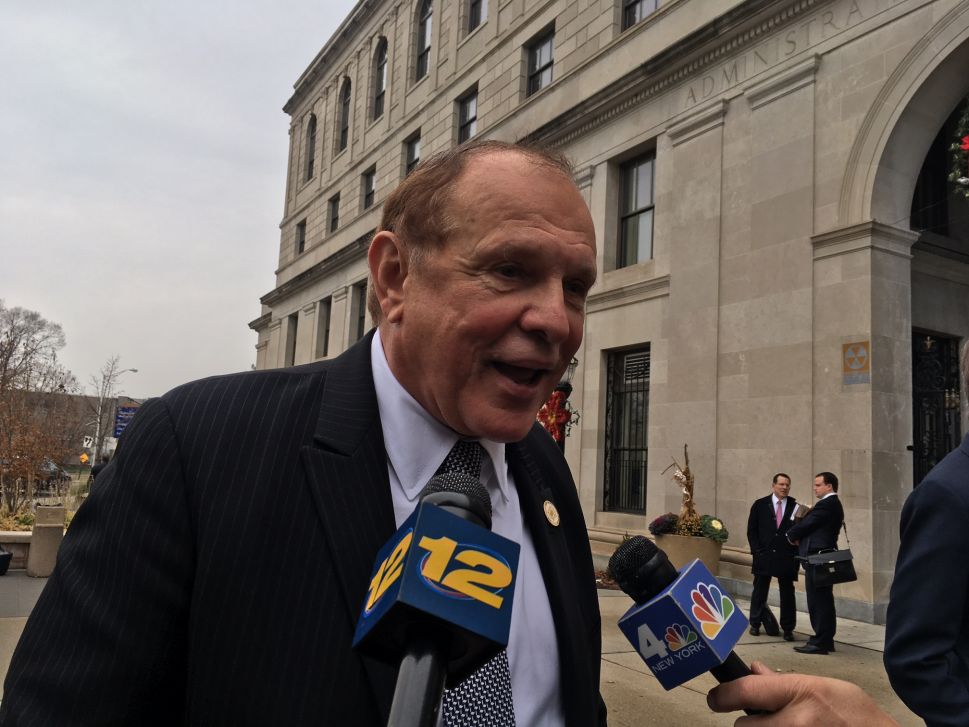