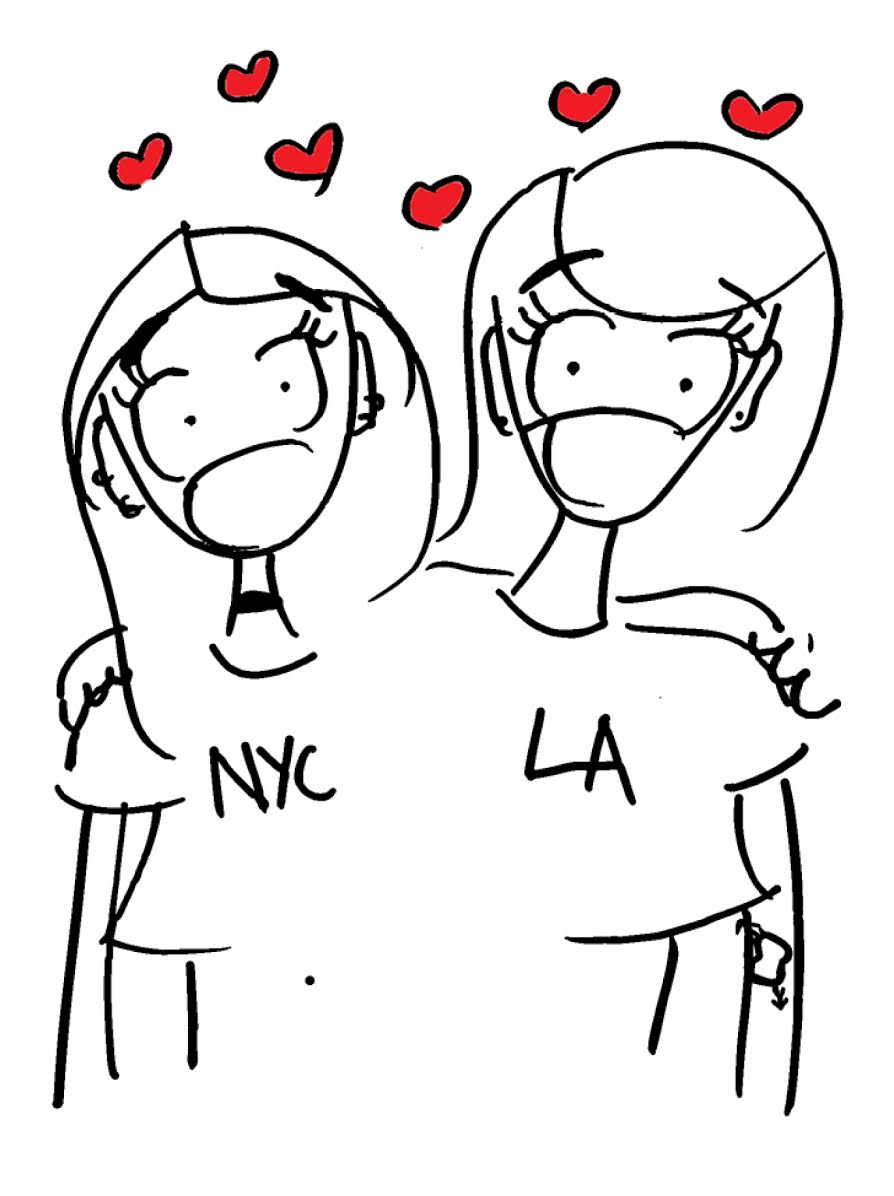 An illustration of the pair. Courtesy @butlikemaybe

Butlikemaybe, the 20-something fashion girl cartoon on Instagram, makes for highly #relatable content (at least that’s what the cool teens are calling it these days). The account was created by Arianna Margulis, who worked in fashion in New York and Los Angeles, where she’s also dealt with the pitfalls of dating apps, NYFW parties and tequila hangovers, all of which has lead to the aforementioned content. And now, the account has its very own comic book, created by Margulis and her recent collaborator Dru Radovich, with plans for a potential television show.

The collaborators connected over (what else?), Instagram, and worked together to create the comic book, with Margulis in Manhattan and Radovich in L.A. They chatted over Google Docs and FaceTime. Now, they’ve signed with CAA and are taking meetings for an animated series.

“I want people to know there is a pulse behind the pen,” Margulis told the Observer. She used Instagram stories to allow her character to join strangers on the subway and at airports. The 20-something even started posting stop motion videos so followers can see the animation process. Margulis has also made personal appearances on the feed, by doing what she called “dorky instructional drawing videos à la Bob Ross—RIP.”

The nameless character Margulis created is engaging because she’s unapologetic about being a millennial mess, even if that means smeared mascara, a truly terrible hangover and openly cyberstalking a Tinder first date. The account has helped the cartoonist come to terms with growing up (which makes sense, as it has been called New Yorker cartoons for millennials). “I used to think you had to be doing a certain thing by a certain age. I don’t intend to change my wacky self, but I want to grow—and I think she will too.”

The creator and her cartoon have more in common than just a penchant for pop culture. “To anyone that knows me IRL, she is me. I go out until 4AM and stumble out of a white limo that I didn’t pay for. My mom called asking me to take down a photo in which I wore a ‘boobie dress’ on New Year’s Eve. When I run out of clean underwear I just buy more from Kmart,” she admitted. It’s all very Cat Marnell, only far more PG-13 rated.

The Instagram creation has led to social media connections, including an encounter with Lil Yachty after posting about her love for the cool teen and a “going out top” collaboration with @greevingcards. But the biggest collaboration yet has been with Radovich, who she connected with over Instagram after they briefly met in Los Angeles. Radovich was inspired to reach out and wanted to know more, asking herself, “Who are these dudes she shouldn’t be texting?”

Margulis began scanning her sharpie art to Radovich, who called their process “archaic.” She explained further: “Comic book veterans get very technical with their panels displayed neatly on cork boards—we are digital babes—the literal opposite of that.” While they had a few issues critiquing each other’s ideas over FaceTime, and ran up their phone bills, the television series that’s likely on the way (perhaps it will be a modern-day Daria, with a hint of Girls thrown in for good measure) made it all worthwhile. They want to create a series that captures “our truth of the just named ‘most narcissistic generation ever'” Radovich joked. And with a snarky main character, an Instagram fan base of thousands and content about growing up, going out and getting rejected, they just might. capture the selfie generation. 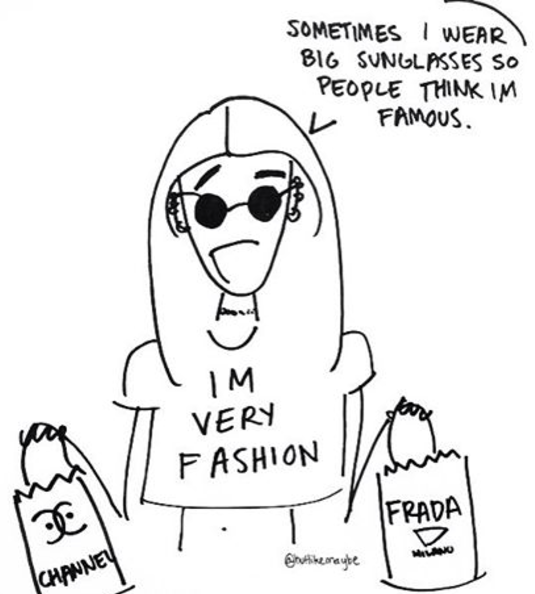