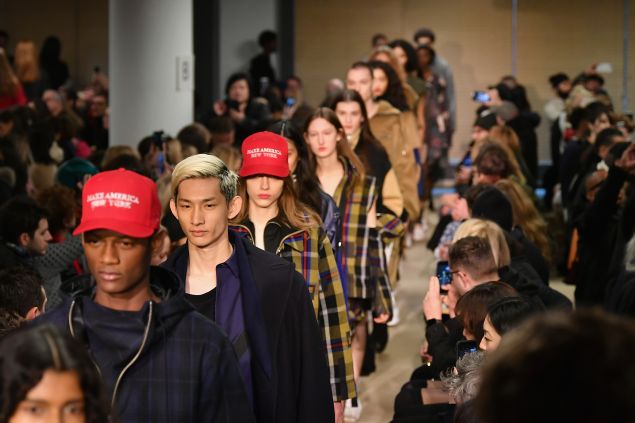 This NYFW, Public School put on an exciting, authentic show. The youngish design duo, newly liberated from NYC behemoth DKNY, returned to the designing aesthetic that first brought them together, namely tailored street style with a classical nod.  At DKNY, the duo were rumored not to have had much success, after barely two years at the brand. Yet they are clearly talented designers with a strong vision, what they really needed at the big house was time. Being young and new at an old fashion house is not necessarily an ingredient for success.

Sebastian Manes, Buying and Merchandising director at British luxury department store, Selfridges told Observer.com that while newness is great, brands can’t rely on it for driving global sales long-term , “The most successful designers – established or establishing – have a strong point of view – one that’s developed over time and with integrity. All designers need time to develop their codes and brand vision.”

Fashion’s infamous love affair with youth has been the standard on the runways. Now, something similar is brewing in the front rows with equally young buyers, bloggers, executives, and creative directors in attendance. It can be argued that fashion is just trying to keep a foot in with the Instagram generation.

“We are living in a digital-punk age that has disrupted the traditional fashion system,” says Tory Turk, London-based Independent exhibition curator and Creative Lead at The Hyman Archive, the world’s largest collection of magazines. “Young people were raised speaking this language. The digital revolution has had a huge impact on the way the fashion system works, millennials understand the new methods of communication in a way that the older generation cannot.”

Raf Simons, Gosha Rubchinskiy and Hedi Slimane are designers who have encouraged the cult of youth, accentuating the rebellious, sexy and fun elements of youth culture in their designs. Slimane, for example, completely transformed Yves Saint Laurent with his youth aesthetic but this was a measured move from a culturally educated creator. A different process to simply hiring in a much younger designer and hoping they would bring the brand forwards.

For Saint Laurent the strategy generated good returns, but other high-end labels are struggling behind the scenes. Sales figures are notoriously difficult to tease out but empty boutiques, massive brand markdowns of entire collections in department stores or e-commerce sites are telling the true story. Fashion’s unending need for new ideas to appeal to the young has turned off traditional and loyal clients at established brands without replacing their cash. Constant hiring and firing leads to creative burnout within teams at design houses, who cannot always keep up with the dramatic changes each creative director brings.

“The speed at which new ideas are digested and then thrown aside is problematic for many brands and designers. Great creativity can survive longer than we think. But designers need to be given better support and not treated like football managers,” says Roger Tredre, Senior Fashion Communications professor at Central Saint Martins and former editor-in-chief at trend forecasting website, WGSN. In the world of soccer, it is not unusual for a manager to be fired from a team before the end of a season if they fail to win enough matches. Competition for the lucrative luxury market means fashion brands together are heading in the same way. Already there is a parallel top division of brands jostling for their place at the top.

Unfortunately, patience is not a trait one can attribute to corporate conglomerates that control fashion’s upper echelons. High profile exits in the past few years can be blamed on the mounting creative pressures of the industry. Raf Simons cited frustrations with lack of time to “create” for his departure from Dior. Martin Margiela exited his namesake in 2011 supposedly due to lack of creative freedom. The most infamous however was designer John Galliano’s downfall in 2011, possibly useful in one way—it made people question the amount of stress designers are under.

Young creatives are an integral part of the industry, as are new concepts but the idea of luxury as a market to be capitalized upon as much as possible has created a dearth of vision. What’s necessary is a restructuring of the system to sell the worth and match the needs of designers, recognizing the value of time, experience and cultural precision. 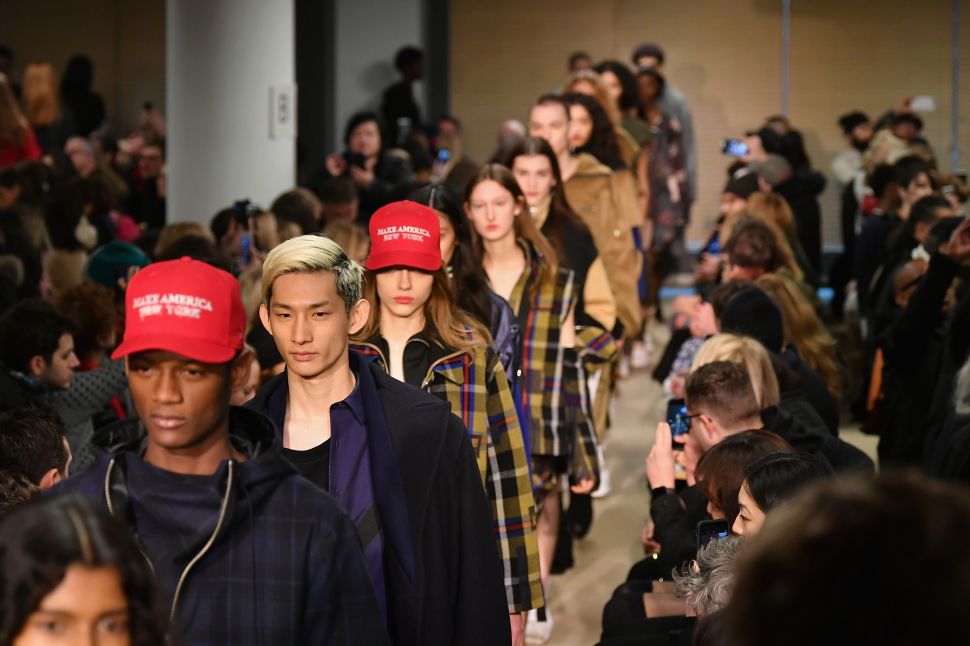