Alan Rickman, who generated plenty of goose-pimples in his all-too-brief career, once confessed his scariest moment occurred when auditioning for Judge Turpin in the Sweeney Todd film: “Stephen Sondheim walked into the room and said, ‘Sing.’”

So it’s good to report that Jake Gyllenhaal, who just made his Broadway musical debut in Sondheim’s Sunday in the Park with George, was spared this special terror even hardcore career singers know to dread. For that, he can thank Jeanine Tesori.

The Tony-winning composer of Fun Home, in her capacity as Artistic Director of Encores! Off-Center (New York City Center’s series of four-day Off-Broadway revivals), hired him twice for his heretofore unknown musical gifts: first, suddenly, as Seymour in Alan Menkin and Howard Ashman’s Little Shop of Horrors and then as Georges Seurat, painting his famed “Sunday on La Grande Jatte” in Sunday et cetera.

“Jeanine and I went through the music, and I felt she was—without letting me know—testing me in the process,” recalled Gyllenhaal. “Maybe they were a bit sneaky. They made it seem like I didn’t have to, but I must have been auditioning.”

Gyllenhaal’s suspicions are correct: “Steve just said, ‘Can he sing it?’ and I said, ‘Yes. Absolutely!’ And that was it,” Tesori relayed. Not so fortunate was Gyllenhaal’s leading lady, Annaleigh Ashford, who plays Seurat’s mistress and muse, Dot.

She’s the proven musical-comedy talent (with a Tony nomination for Kinky Boots and a Tony win for You Can’t Take It With You), but she had to sing for Sondheim.

When the offer came, she was eight months pregnant (which, actually, would have worked for Dot) and in L.A. “I had to make a recording for him so that he knew that I could sing the low notes in the opening number because it’s quite low for a lady voice,” remembered Ashford. “That was a magical moment for me. I was in my underwear, recording it on my computer on GarageBand, and I gave him extra scales to show him how high I went up. Then, I sent that little mp3 off, and here we are.”

Tesori suspected a musical career might be lurking in Gyllenhaal when she heard he did musicals in high school. That, plus the fact that they shared the same agent, cinched the deal. “When I was putting Little Shop together, I asked our agent if Jake would do it. He said, ‘He might. Let me ask him.’” The actor was interested enough to have lunch with Tesori and discuss the possibilities. “He was doing Constellations at the time, and I started pestering him. But it wasn’t until I went backstage and left him a plant that had little legs and hands on it–with ketchup—that he said ‘Yes.’”

Gyllenhaal and Ashford, basking in the extra rehearsal, turn in assured, risk-taking portrayals. “As intimidating as his music is, it’s also incredibly enveloping,” he said. “Just as you feel it in the audience, you feel it doing it as a performer. You feel safe.”

La La Land musicals being all the rage now, the two leads were asked what film musicals they’d like to do. Ashford paused a thoughtful beat and declared “This!”

Then, on further reflection, she amended that from Sunday to any given Sondheim: “His body of work is so special it’s almost indelible in the lexicon of art. We should try to explore his pieces on film. It’s important his work be celebrated on screen.”

That particular question has never come up before for Gyllenhaal, being so new to musicals. “I’m asked that a lot about roles in general,” he admitted. “The way this thing came together was serendipitous in an unlikely combination of elements—almost like fate impeding and pushing in the way that it needed to be expressed. That’s generally how I look at [roles] at this point. I’ve never been someone who said, ‘I want to do that,’ though at some point I guess Tevye might be a good idea.”

So, how close does Seurat come to other characters that Gyllenhaal has played? “There’s an obsessive quality to him, a focused quality that connects to a lot of characters I relate to and have played. One way or another, they’ve all been leading to George, so I‘d probably say, really, all of them—even The Day After Tomorrow.”

Sondheim and his director-book writer, James Lapine, drew a soaring celebration of the creative spirit from the two years Seurat spent turning chaos into coherence and disharmony into harmony for his masterpiece. As such, it seems the perfect vehicle to return the Hudson Theater to theatrical life after a half-century of other venues.

Gingerly tending the transfer of a book-in-hand City Center concert to a full-on, affecting Broadway production is Lapine’s niece, Sama–and that’s not the naked nepotism it might seem. In fact, she said, “It was very cool the way it came about at City Center, really a kind of collaborative discovery between James and Jeanine.”

When it became clear that the original director would not be free to repeat the chore—he was busy reviving Falsettos on Broadway the same week Sunday was slated for City Center—Tesori suggested getting a young up-and-coming director to do it, perhaps even a female one, and started feeding Lapine resumes to that effect.

“Then, suddenly, he said, ‘Oh, wait a minute, I know a fabulous young woman director, and she has already done the show!’ So he called me, and we got together.”

Her previous Sunday had been a regional production in Columbus, Ohio. She also did a Sondheim concert with the Boston Pops in which she got to stage the painting with only six actors. “It taught me a lot about the minimalist take on such productions.”

“Uncle Jimmy” appears to be thrilled with not only the show’s return but his niece’s handiwork as well. “I wouldn’t do it without his love and support, that’s for sure.”

Rashly, before the generally rhapsodic reviews came out, the producers voluntarily withdrew the show from Tony Awards consideration so they wouldn’t have to dole out 1,600 comps to voters—a perilous proposition for such a short (ten-week) run.

That leaves Gyllenhaal and Ashford clinging to the “It’s the work, not the reward” maxim for dear life, but both can make it through without that shiny piece of silver.

Gyllenhaal, likewise, high-roaded it: “I think the performers on Broadway who have long runs work so hard for a long period of time after all the fanfare and all the excitement has passed. That’s a big part of the win, in my opinion, or the nomination of a Tony. We’re doing a lot of hard work right now, but our run is only ten weeks, and that is just a fact. We all know, too, that, as much as it’s an honor and a history, it’s also a business, and I think that business and these awards are also about getting attention and making sure that people see . . . these extraordinary shows that are on Broadway now. The most important thing for us is to get people here to see the show . . . and to make sure people keep coming back to Broadway, so there’s no reason to usurp any of that. We should all be a community supporting each other.” 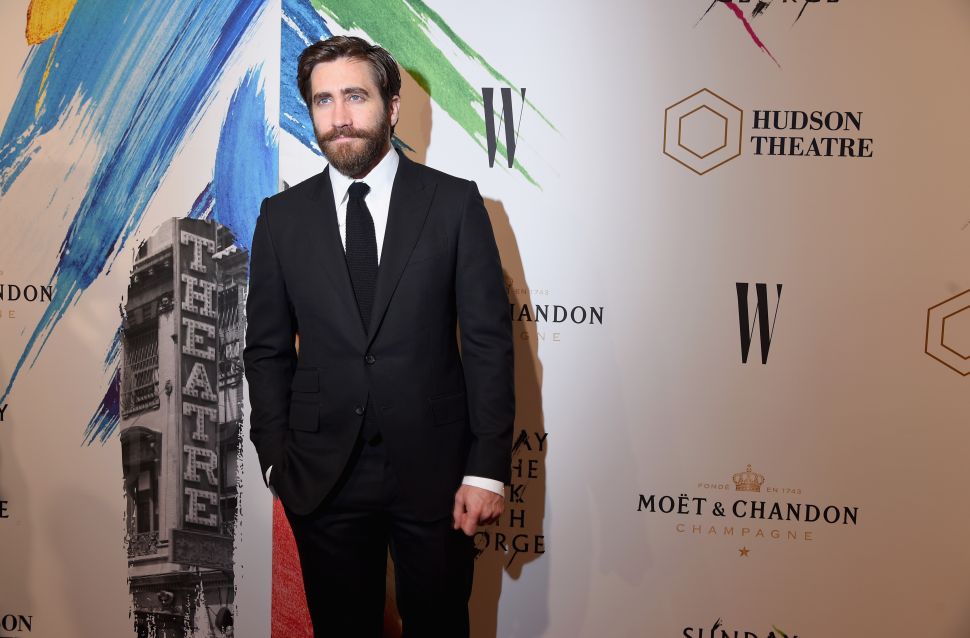