John Early is a classically trained actor who specializes in portraying terrible actors. Kate Berlant, a graduate of the NYU Tisch Performance Studies program, is at her best portraying artists who speak in a blend of self-aggrandizement and gibberish. This inversion between performer and performance makes it fitting that, 555, a collection of five short films exclusively available on Vimeo and the best showcase yet for these two stand ups’ talents, features some of the most spectacularly untalented characters this side of Waiting for Guffman’s production of “Red, White, & Blaine,” ranging from sci-fi film extras to acting students to a stage mom and her possibly illiterate son. As disparate as these showbiz hopefuls may seem on the outside, they are all bound together by an all-consuming desire for success in an industry they are clearly unsuited for.

The nervous energy of the characters is reflected in the show itself, as, over the course of a typical 12-minute episode, the tone can careen wildly from Guffman-esque caricature to Curb Your Enthusiasm-style cringe comedy to David Lynchian absurdism. Like the other work of executive producers Tim Heidecker and Eric Wareheim (creator/stars of cult classic Tim and Eric Awesome Show, Great Job!), it may not be for everyone, but it’s also unlike anything else out there. We talked to 555’s writer/stars at Vimeo headquarters (coincidentally located at 555 18th Street) about their writing process, recurring themes, and their views on art in the time of Trump. 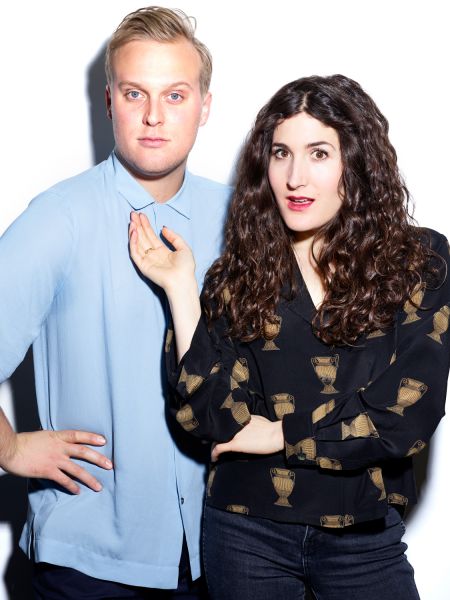 How much of 555 is improv? How do you go from concept to creation?

K: The final product of 555 is largely improvised. The dialogue you’re seeing is mostly improvised. We did write out and were very thorough about the look of it and the characters we had done work on, but naturally, the way the three of us work together is that we know improvisation is where a lot of the best moments naturally come from.

J: It starts because Kate and I have a set of characters that we’re dying to play. We have comedic sweet spots of our own that we want to live in and then, if it’s a good idea, the structure of the story just immediately unfolds. For all five of these shorts, we came up with the characters first. They were making us laugh and then it was, “This happens and then this happens and boom!” It took literally five minutes to lay out the structure for each short. And then we tried to fill it with some dialogue to calm the nerves of production.

Is the showbiz satire of 555 a playful poke at the industry or is it coming from more of an angry place?

K: We hope not. It wasn’t our urge with making this to cut down or be scathing about Hollywood. First of all, we all know what that critique is. We’ve seen it a million times. We just wanted to be those characters and have an excuse to be those archetypes. But I think everyone has a lot of pain toward the system in Hollywood.

J: And who it hurts and who it protects.

K: There was anger there, but we didn’t make this from a place of wanting to take it down.
J: Those themes were truly accidental. Halfway through the process, we were like “No no no, we’re not trying to say anything about Hollywood.” We’re just trying to play these characters, and they were all loosely linked by this idea.

Has the Trump presidency changed how you approach your comedy or the world?

K: Yeah. How could you not be radically re-thinking what you’re doing with your life and your day. It’s such a horrific time. You can’t help but be embarrassed by being in the arts. There’s something deeply weird about it. How do you continue and say, “We’re making a web series?”

K: Yeah, as it should be. It’s so terrifying. What do you do? Of course you’re going to continue to make art.

J: That’s the thing. Your skill set is real. This is our lot in life. This is what we’re good at. This is what we’re compelled to do. The positive of this time is that it is radicalizing people. It is forcing people to actually show up. And in addition to doing these things, working to change our lives, doing the practical work it will take to burn his administration to the ground.
K: Yeah, I don’t think you can say, “I’m going to make scathing political satire and that’s going to be the only way I engage.” No, make whatever kind of art you want, but you also have to have a certain number of hours in the week where you’re becoming an activist. 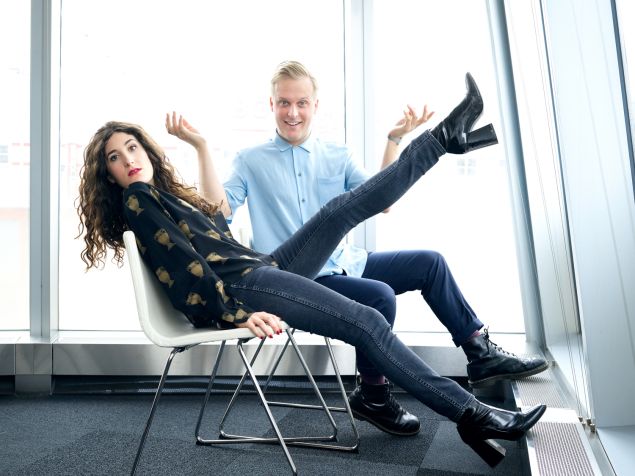 K: And seize the moment to verbally abuse Trump and his whole administration.

K: Because we’re in a position where we have a captive audience, it’s important for us to be tearing down what he’s saying and enacting every day. And if you’re not doing that—

K: Yeah, truly trash. It’s so grotesque to see people who are completely silent and don’t think that that’s aiding in the rise of fascism. By the way, it’s not like I’m saying, “I’m perfect and I make art and I’m a ferocious activist.”

K: If you’re not trying to learn how to do that right now, then I don’t know what to tell you.

You can buy John and Kate’s series 555 currently on Vimeo. 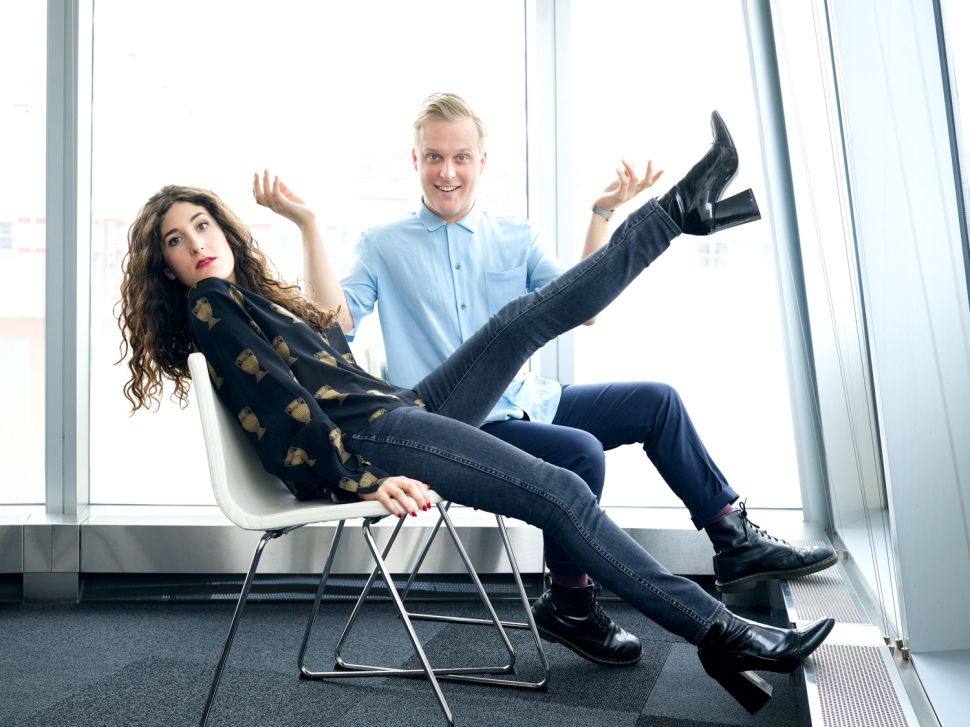