Sen. Kirsten Gillibrand—a tight ally of Senate Minority Leader Charles Schumer—pledged today to vote against the confirmation of Judge Neil Gorsuch, President Donald Trump’s nominee to the Supreme Court, despite having sent an email to supporters last night stating she was “ready to consider him on his merits.”

The Democratic junior senator from New York has endeared herself to liberals in recent weeks by voting against the bulk of Trump’s Cabinet picks. Her critique of Gorsuch this morning in many ways echoed the one Schumer made last night: that the 10th Circuit Court of Appeals jurist is simply too conservative to adjudicate impartially.

“All branches of the federal government should stand on the side of the citizens they were created to serve. The Supreme Court is supposed to be the ultimate arbiter of justice for our citizens,” Gillibrand said in a statement. “Unfortunately, Judge Gorsuch has proven to have a judicial philosophy outside of the mainstream and time and again has subjugated individual rights to those of corporations.”

“I fundamentally disagree with his ruling that a boss should be able to make family planning decisions for an employee and that corporations are people,” Gillibrand wrote. “I plan to stand up for individuals over corporations and oppose his nomination.”

Gillibrand also reiterated Schumer’s warning against using the so-called “nuclear option” to ram Gorsuch’s confirmation through—that is, changing Senate rules to block use of the filibuster. Existing parliamentary procedures would obligate the 52-member GOP delegation to convince at least eight members of the 48-seat Democratic conference to vote with them to close discussion on a Supreme Court nomination.

Trump has urged GOP Majority Leader Mitch McConnell to make use of that explosive expedient, though McConnell has so far resisted.

Gorsuch was generally seen as one of the more moderate and less provocative jurists on Trump’s docket of potential nominees, and the Senate—Schumer included—voted unanimously to confirm him to Colorado’s 10th Circuit Court in 2006. Gillibrand did not become a senator until 2009.

The slot on the court opened last year with the death of conservative Justice Antonin Scalia. Then-President Barack Obama nominated Court of Appeals Judge Merrick Garland to fill Scalia’s seat last year, but McConnell refused to hold hearings on the appointment, and the nomination expired earlier this year.

Trump vowed on the campaign trail to appoint a justice who would adhere to Scalia’s strict literalist and originalist reading of the Constitution.

Before former President George W. Bush nominated him to the 10th Circuit Court, Gorsuch wrote and spoke against “judicial activism” and the perceived tendency of liberal-leaning judges to reinterpret longstanding laws as they saw appropriate. He is on the record as an opponent of assisted suicide and restrictions on campaign donations, and as a supporter of states’ rights.

Gillibrand’s outspoken opposition to Gorsuch today contrasts with the more open-ended remarks she made in a fundraising email her campaign sent to supporters last night.

“President Trump just announced Neil Gorsuch as his nominee to the Supreme Court, and I’m ready to consider him on his merits,” the missive reads. “But President Trump has made it clear that he wants a justice who will carry on Scalia’s legacy of limiting Americans’ constitutional rights.”

“If that is the case, let me make one thing very clear: You can count on me to fight back against ANY nomination that threatens the rights of Americans,” the message continued. 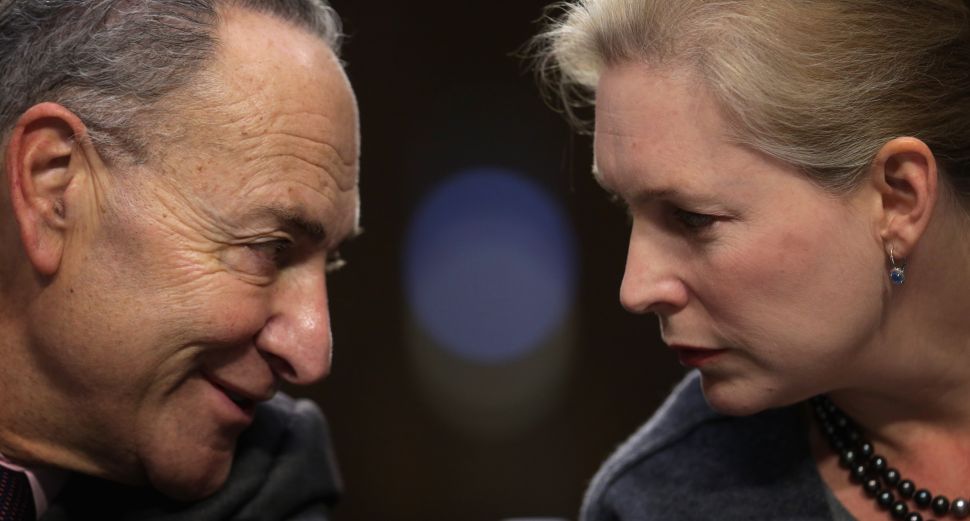