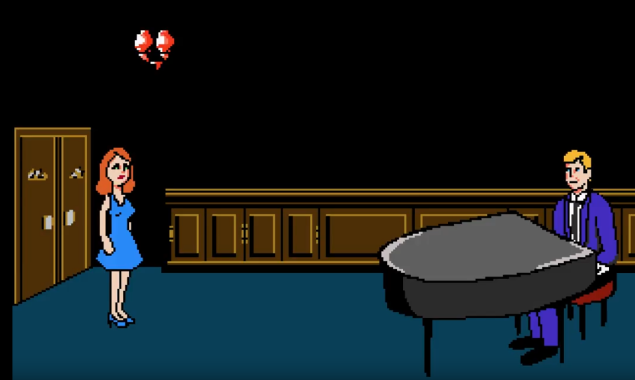 While La La Land is the odds-on favorite to win Best Picture at this weekend’s Oscars, it’s still gotten its fair share of criticism for being overrated and even racist.

But whether you loved or hated Emma Stone and Ryan Gosling’s musical romance, YouTube’s CineFix wants to give you a new perspective on it. Today the channel, a favorite of movie buffs, released its latest “8-Bit Cinema” video, which retells the story of La La Land in the style of a classic video game:

The video remixes several La La Land songs, including “Another Day of Sun” and “City of Stars,” as 8-bit music loops. It starts with Mia (Stone’s character) failing her audition and having to choose between “Wander to Random Bar” and “Just Give Up.” She chooses the former, and at said bar she meets Sebastian (Gosling), whose piano plays Guitar Hero-style riffs. His options include “Pay Bills,” “Give Up Your Dreams” and “Play What’s In Your Heart.” He chooses the last one, and is promptly fired.

During Mia and Sebastian’s dance numbers, “A” and “B” arrows show up onscreen, directing prospective players how to move their characters. 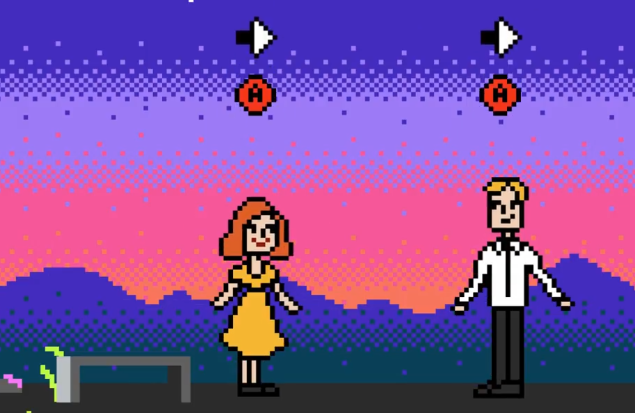 Can you help Mia and Sebastian dance their way to happiness? YouTube

When a friend of Sebastian’s offers him a job in a new band, he is forced to “Do It…Because You’re Desperate.” To show that Sebastian is selling out, his next musical number features dollar signs flying off the keyboard along with the notes players need to hit. Once you win, an onscreen menu says “Congratulations! You Swallowed Your Pride.”

Meanwhile Mia finally gets an audition after years of struggle and leaves Sebastian to achieve her ultimate goal (in the game and the movie): “Become a Famous Actress.” Sebastian buys a jazz club, and they go their separate ways.

La La Land‘s 8-bit transformation represents a departure for CineFix, which until now has only converted action movies like Doctor Strange and Rogue One: A Star Wars Story. Unlike those films, La La Land certainly isn’t a natural candidate for a video game reboot.

But who knows? Maybe it will give some of the haters a new perspective. 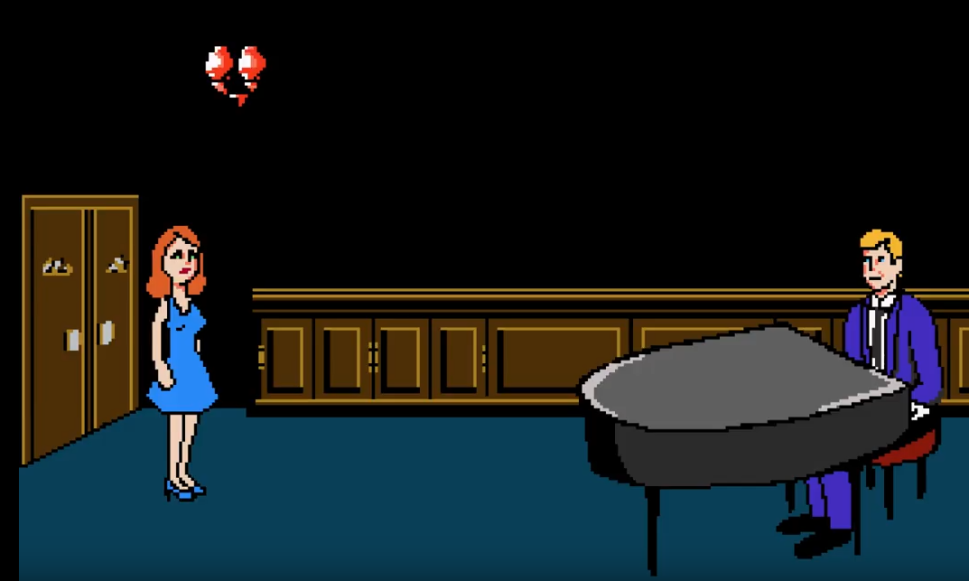