War movies may be a dime a dozen, but rare is the film that depicts the anguish and retribution that linger in the aftermath of conflict and violence. Land of Mine, this year’s entry from Denmark in the foreign-film Oscar race, is a harrowing, intelligent, compelling and intensely suspenseful investigation of a little-known footnote to world history: what the Danish people did to the young German soldiers left behind after the surrender of Nazi Germany in 1945. It’s a harrowing, sensitively realized study of cruelty, revenge and post-war retribution that ranks high among films about the cost of war and its continuing damage to humanity.

World War II was over, but the inexperienced German youths who were captured and forced to remain behind were recruited by the Danes to find and defuse 45,000 of the 1.5 million land mines the German army had planted along the western coast of Denmark. Suspense literally freezes your blood as you watch these baffled and terrified youths, many still in their teens, as each man tries to gingerly unscrew each buried explosive, trying not to wound or kill each other in the process. Even so, half of them were blown to bits in the six months from May to October, 1945. The brute in charge of the operation is a Danish sergeant (Roland Møller) whose savage treatment of the defeated German POWs was regarded by the British allies who liberated Norway as justifiable vindication, but lying to them about their comrades who were killed and denying them food and while they toiled in harm’s way, not sure of what they were accused of, with no future for their country or their lives, falls under the heading of defying the rules of the Geneva Convention. Gradually, their plight begins to stir some dormant compassion in the Danish, but it’s too late. Even granting them a day off to play ball, their fate is already sealed. Sweating bullets, I spent a great deal of time in this movie with my eyes closed.

The skillful Danish writer-director Martin Zandvliet has a chilling goal in mind: to show that the Nazis were not the only participants in the canvas of war to commit war crimes. Scandinavians have always been depicted as noble, patriotic heroes who braved impossible odds to protect their countries (a theme exemplified in Lewis Milestone’s stirring American film Edge of Darkness, about the defense of Norway, with a cast that included Errol Flynn, Ann Sheridan, Walter Huston, Judith Anderson, Helmut Dantine and Ruth Gordon). But Land of Mine challenges the old theories, showing German adolescents drafted at the end of the war to bolster the enemy’s dwindling numbers on the front as innocent pawns instead of predatory invaders, victims instead of aggressors. It’s a table-turning view of war in which nobody wins, and the so-called liberated conquering heroes are the ones who break international laws. Granted, there’s not much of a case to be made for the human rights of Germans following the atrocities of the war, but this film is so carefully researched that it makes you contemplate both sides with new vision. The handsome landscapes along Denmark’s Skallingen peninsula, where land mines were still being discovered as late as 2012, are a stoic backdrop for the tragedies that unfold in camera range. The cast is perfect, from the boys’ leader Sebastian (Louis Hoffman) to the inseparable twin brothers Ernst and Werner (Emil and Oskar Belton) and even the Danish officers, whose pitiless loathing of the terrified, homesick adolescents in their charge slowly begins to relax in the face of heartless abuse. Friendships form, relationships end, everyone sees the futility of war in a new light. In the end, both sides are equally conflicted and exhausted. This is a great film, sensitive and sympathetic to all survivors of all wars everywhere, and a plea for humanity in all of us in the hope that it never happens again. 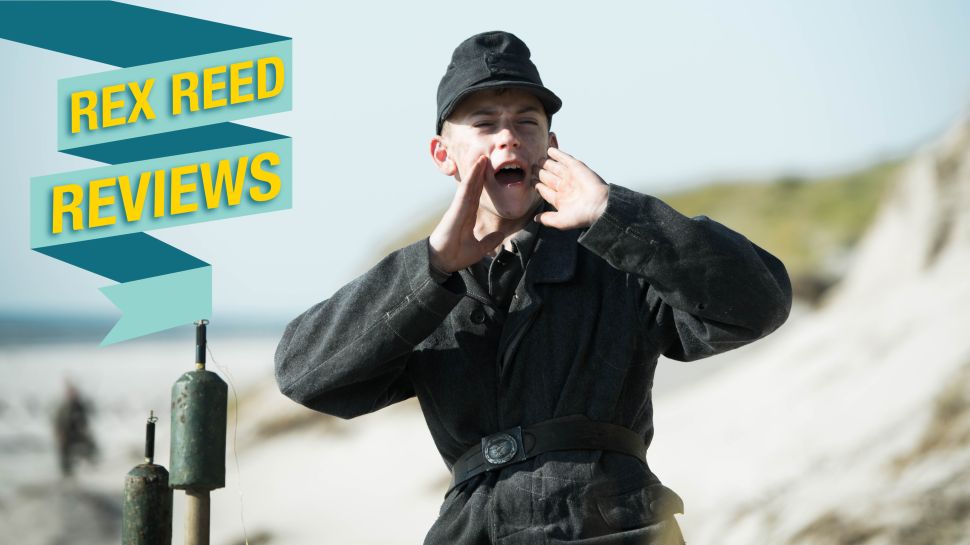