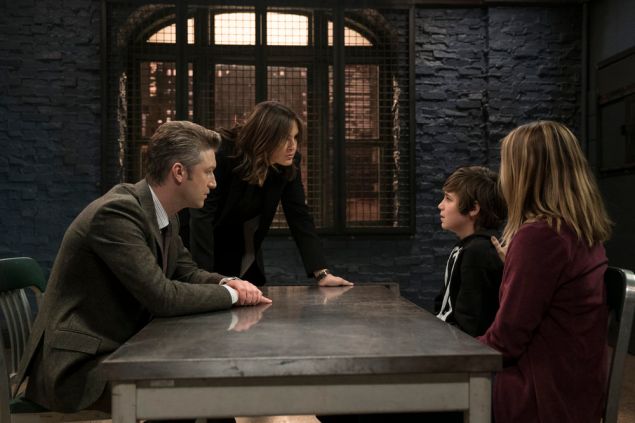 It isn’t too much of a stretch to believe that people never want to see the worst in someone they love. Glossing over faults, only focusing on the good, is a natural instinct – until something happens, something that can’t be denied. Sadly, many times it’s something tragic.

On this episode of SVU, denial is a key theme as a family struggles with the painful realization that all is not right within their household.

After missing a crucial play in a hockey game a young boy, Jack, struggles to follow his harried mom from the rink. After he passes out, she discovers that her son has been assaulted. Jack refuses to identify his attacker, but the detectives do their due diligence and track down a suspect — Jack’s teammate, Luke Turner.

Digging deeper, the SVU squad realizes that Luke’s behavior was the result of his father ordering him to assault Jack. But, Luke refuses to admit that his dad had anything to do with his actions.

After Jack dies as a result of the attack, Luke faces murder charges unless he implicates his father as having instigated the assault on Jack.

When Luke is still not convinced that he should turn against his father, it’s Luke’s older brother Adam who steps up. Adam orchestrates a confrontation with the elder Turner, cleverly videotapes his father beating him, and turns it over to the police. Upon seeing this, and wanting to protect his younger brother, Luke agrees to help the detectives get his father to admit that he demanded the attack on Jack.

As Luke’s dad is hauled off in handcuffs, the detectives realize that they’ve stopped the cycle of violence in the Turner home, but that unfortunately it’s come over a decade too late for both Luke and Adam.

What made this episode, which lacked any courtroom action, so intriguing were the harrowingly realistic aspects of the case — a dad with a stranglehold on his family, a mother in denial and kids caught in the middle.

Among other things, this episode highlighted how a mother can justify, over and over, the actions of the man she’s attached to. As she spoke with Lieutenant Benson, Luke’s mother, Helen, tearfully explained how her husband confused her with his actions, flipping between violent outbursts and frequent, tender acts of kindness. Helen also admitted that she was a bit embarrassed that this was the man she’d chosen to marry and procreate with. This exchange emphasized a different type of shame associated with abuse that isn’t often vocalized by victims – the realization that they’ve made choices that have put themselves and others in a harmful situation. For many victims, this seems to be one of the hardest things to actually acknowledge, and understandably so.

The personal disclosure of Carisi who explained to Luke that he understood his feelings, having experienced violence himself, effectively exposed a bit more about the detective’s personal motivations, and why the Special Victims Unit is perhaps a better fit for him that others realize. (Except for Rollins, whose keen instinct when it comes to both Carisi and her job seem to grow exponentially at every turn.)

A thought-provoking episode of SVU is certainly nothing new, but by showcasing something that is often kept tightly under wraps – a seemingly normal family that is actually in crisis – this quiet study in denial makes a big statement about how violence begets violence, and that children should be protected at all costs.

To deny these truths is really nothing short of criminal (pun intended) and it’s a sure bet that every Special Victims Unit out there, as well as nearly every regular citizens, will wholeheartedly agree.

Such denial must stop. Now. 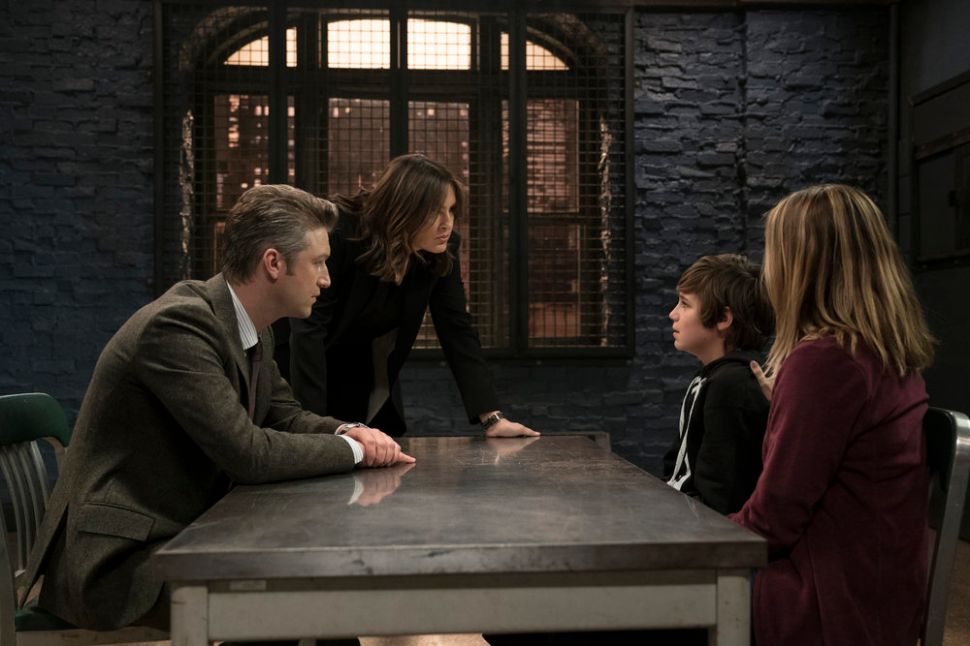