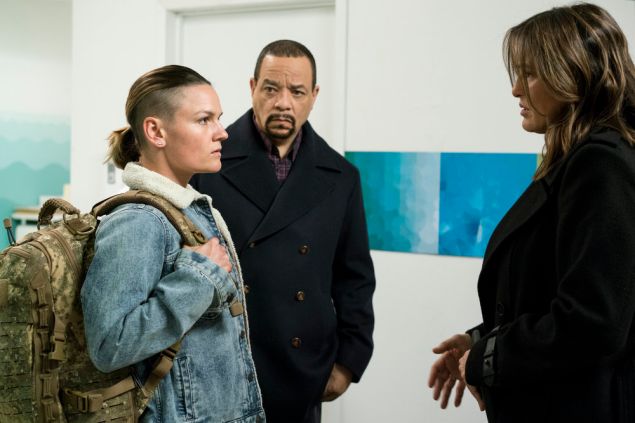 She was unlike any victim Lieutenant Benson had really every seen. And this certainly made things difficult – for both of them.

And then there was the title, “No Surrender.” What did that really mean, and just how did it change lives?

This episode opened with inspiring images flashing across the screen, heralding Captain Beth Williams as the new face of the military. The video proclaims that Captain Williams, as the first female member of the elite Army Ranger unit, is a forceful warrior. After the piece ends, Captain Williams is told that because she’s an outstanding soldier, she’ll be embarking on a tour to promote the 2.0 version of the Army.

At a party to celebrate, Williams kisses her fiancé, who announces they’re getting married in May. Hours later, in the darkness, a jogger finds Williams crawling on the ground, bloodied and clearly having been assaulted.

Later, when questioned about the attack, Williams’ tough as nails attitude is a bit unnerving for Benson, but the Lieutenant persists in trying to get the Captain to talk about what happened in an effort to help find the latter’s assailant. Williams insists that this shouldn’t have happened to her and is concerned that her status as a victim might end up in the press, jeopardizing her image… and her publicity tour.

When lab results from blood on the Captain’s leg leads the detectives to a construction worker, he seems nonchalant about his DNA being on Williams’ body, insisting that there’s a legitimate reason for it being there. Turns out that Captain Williams clobbered the man in a fight after her party. He proves this by showing the detectives a video of he and Williams duking it out at a fight club. Jose then proves that he was in an urgent care facility the rest of the night, including during the time of Williams’ rape, so he’s ruled out as a suspect.

The next suspect, an online hater who was also at the fight club event, turns out to have spoken with Williams that night, but says he left her to go to his grandmother’s house, an alibi that checks out.

After piecing together that it was actually Williams’ fiancé that attacked her – because she broke up with him that night – the detectives find the Captain beating the crap out of the guy. After she breaks down in Benson’s arms, Benson has to tell Williams that she may be prosecuted for assault, that the D.A.’s office doesn’t look too kindly on vigilante justice.

After pulling herself together, Captain Williams, who continually tried to keep her identity from becoming public knowledge, steps up to a microphone at a press conference and proclaims that she was the victim of an assault, but that it will not change who she is, what she’s accomplished and/or what she stands for.

What made this episode interesting was that although it was about an Army Ranger, it wasn’t really about the military. It was about a woman who, having had to continually prove her strength, had to learn that she was still vulnerable and accept that some things are out of her control.

Sadly, this is true for all women, whether they can physically compete with men or not. And, it’s just at true for many men as well.

It was also interesting to see the uncomfortable dance between Benson and Captain Williams with each trying hard to stick to the skills they’ve learned along the way as the other tried to push them in an unfamiliar and uncomfortable direction.

What was lacking, however, was Benson not really empathizing with Captain Williams’ feelings that her strength had been undermined, especially given that Benson clearly went through a similar situation after what happened with William Lewis. Benson, at times, seemed overly harsh with Captain Williams.

Not that Benson should have told Captain Williams everything she’d experienced with Lewis, because Benson can’t bring her personal life into every case, really. (Well, she could, but then she wouldn’t be doing what she tells many victims to do – heal and move on – right?) But, it would have been nice for Benson to acknowledge that on some level she knew what Captain Williams was feeling.

Viewers also might have felt another kind of whiplash as well, given that Captain made a lot of decisions that didn’t seem true to her by-the-book nature – she evaded questions, withheld information and flat out lied. And, then she beat a guy. All of this seemed out of character for someone who was set-up to be a stringent rule follower.

On top of that, there seemed to be little room in this episode for an analysis of the ‘why.’ Yes, Captain Williams was trying to be strong and in the end, she accepted that it wasn’t a lack of strength that led to her attack and that she was not at fault, but that message seems, at this point in the show’s longevity, to have been a bit overplayed on SVU.

Almost every episode contains the sentence, “it’s not your fault” at some point so was it really necessary to build a whole episode around a concept that has been reiterated for 18 seasons?

It would have been a little more interesting to get into how Williams came to be this way — how she ended up in a fight club, why she broke up with her fiancé (after kissing him at the party), and what led her to beat him when she did. This episode might have benefitted from less suspect chasing and more explanatory emotional beats.

Having said all of this, the last line of the episode was still extremely powerful as Captain Williams said, “There is only honor is being a survivor.”

So if every one of the previous 41 minutes or so was needed to just get to that line, then it was all worth it. And, the title “No Surrender” seemed to be appropriate given what unfolded in this episode.

In an under-the-surface manner, it played out as both Lieutenant Benson and Captain Williams had to alter and adapt the way they approached their job and their thinking about themselves to get to the truth of this case and its impact on the victim. The push and pull between the women was intriguing to watch play out.

A few years ago when Olivia faced her own ordeal (in an episode that now seems even more aptly entitled “Surrender Benson,”), she did not surrender. She reacted much in the same manner as Captain Williams. (In fact, THAT episode could have been titled “No Surrender”, right?) Olivia’s assault obviously changed her in many ways, just as it will Captain Williams.

The “surrender” in this case, and really in Olivia’s case as well, was not really about not showing weakness, but about surrendering to the reality of an altered future caused by an unforeseen, and uncontrollable, event.

That aspect of rape never deviates — that during and after any assault the victim will be different and will have to cope with his/her new reality to move forward.

While this episode may have had some of the oft-repeated beats of a “typical” SVU episode, many of those themes are worth repeating – “it’s not your fault,” “this doesn’t mean you aren’t strong,” etc. In fact, aren’t these the very concepts that SVU has taught millions of victims over the years? If it weren’t for this TV show, those messages wouldn’t be out there.

So, in the end, no matter how many times, in how many different ways, these points are made, whether it’s told through the eyes of an Army Ranger, a fast-food worker, a store clerk, or a stay-at-home the mom of two, or countless other ways, it’s worth it. 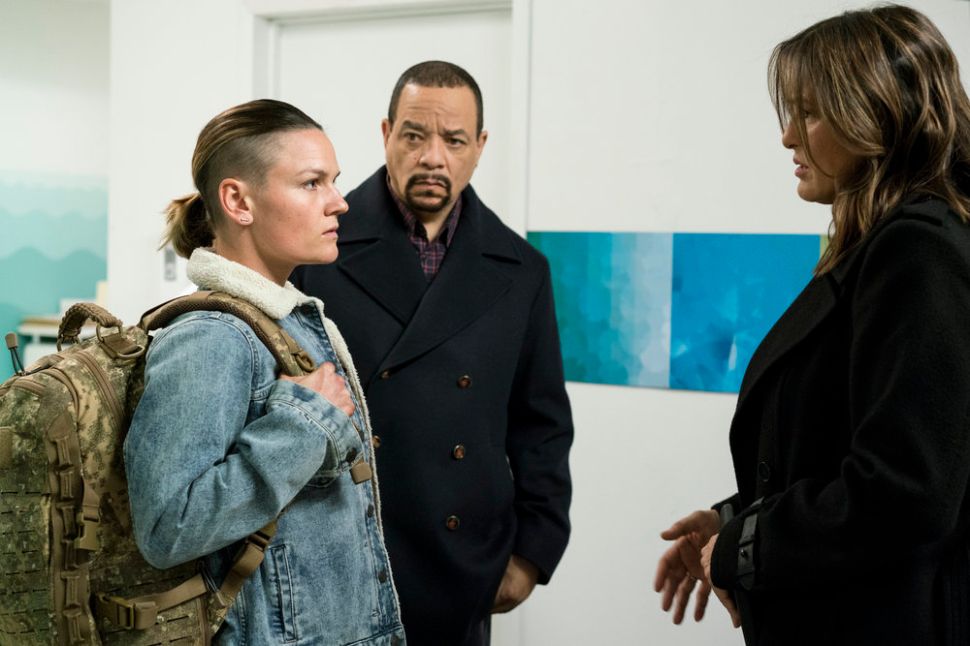