Last week’s episode of Legion ended with a creep named The Eye getting ready to interrogate Amy, sister of tortured mutant protagonist David. If you were hoping for the story to move forward in the present tense more than a few minutes in this episode, I have bad news for you.

The episode begins with Melanie getting coffee out of an elaborate coffee contraption that also speaks to her. It tells her the story of the poor woodcutter and his wife, a parable about a couple who take in a mysterious figure in need, whose powers provide them with a means for success in the world. We later learn that the coffee machine’s voice is that of Melanie’s late husband. This scene is intercut with gratuitous shots of the Summerland inhabitants showering, safe for basic cable only by virtue of creative camera movement and towels put on not a moment too soon. It often seems like FX contractually mandates these kinds of scenes.

Melanie et al decide what’s best for David is to delve into a few important memories of his, memories the show has already at least alluded to in the previous two episodes. This kind of constant returning to the same scenes slows the show down a whole lot sometimes and adds dimension and nuance and ambiguity to the characters at other times. You could compare it to the effect of novels that also relate to the theme of obsessing over memory, such as Toni Morrison’s Beloved or William Faulkner’s The Sound and the Fury. You could also relate it to a broken record.

The first such memory is a fight with David’s ex, Philly, which gets him so pissed that his whole kitchen explodes. The team can’t delve as deep into the memory as they’d like because The Devil with Yellow Eyes appears, but we learn this memory’s relation to another of the show’s recurring flashbacks: the fight began after Philly caught David doing drugs with Lenny and Lenny tore into a cake clearly meant for more respectable guests.

David delves into a childhood memory in which he goes looking for his dog on Halloween. In the memory, what appears to be a boy in costume as The Angriest Boy (from the disturbing book David’s dad read him last week) jumps out at David. The show’s scares– the Angriest Boy and the Blue Meanie-like Devil with Yellow Eyes– are both very childlike and crude in a way that hit in a primal, vulnerable place.

Lenny shows up again to put things in perspective: why, she asks, is David working on himself when God knows what those men are doing to his sister right now? Her character is not only the voice of reason but– unlike any other character of this type that I can think of– she’s also urging the narrative to go in a more conventionally exciting, less heady direction.

David and Syd discover that they can go check in on Amy in a way that seems to operate like when Scrooge is being shown his past, present and future. One of these bad dudes is guilting Amy, insisting that she knew about David’s powers all along and still let him get placed in mental hospitals.

When they get back, Melanie insists that they continue exploring David’s mind. They sedate him, and now it’s his child-self guiding them through the memories. Syd’s powers don’t work while she’s there, so she’s able to hug baby David– thus, in the most X-Men-y shit yet, her first time really hugging him is hugging a manifestation of his child-self walking through a tour of his inner demons.

The memories get increasingly scary and start to crumble apart, at least in Syd’s vision. Child David runs away, and Ptonomy can’t get them out. Syd and young David run through the memories, pursued by the Angriest Boy and the Devil with Yellow Eyes. Syd wakes up and is able to wake Ptonomy, as well, but not Melanie. Melanie, in the memories, finds the Angriest Boy book, reads it, and it smashes down on her hand of its own volition, as the Devil with Yellow Eyes appears behind her. She wakes up. David is still asleep, dreaming of the time from the first episode’s intro when all those people were yelling at him, which now that I think of it is probably just a visual metaphor for the voices he hears. And that’s it, that’s how the episode ends.

I think this has been my favorite episode so far: it’s scary and exciting once you chill out and accept that they’re not going to try to rescue Amy at any point, and I appreciate the audacity of committing to spending the entire time inside a character’s mind and basically being an episode of Xavier: Renegade Angel. It does make my brain hurt that there are actual stakes that the characters are ignoring in order to get lost in a spooky haunted mind maze, though. It feels like when you have a song stuck in your head but then you listen to a different song. 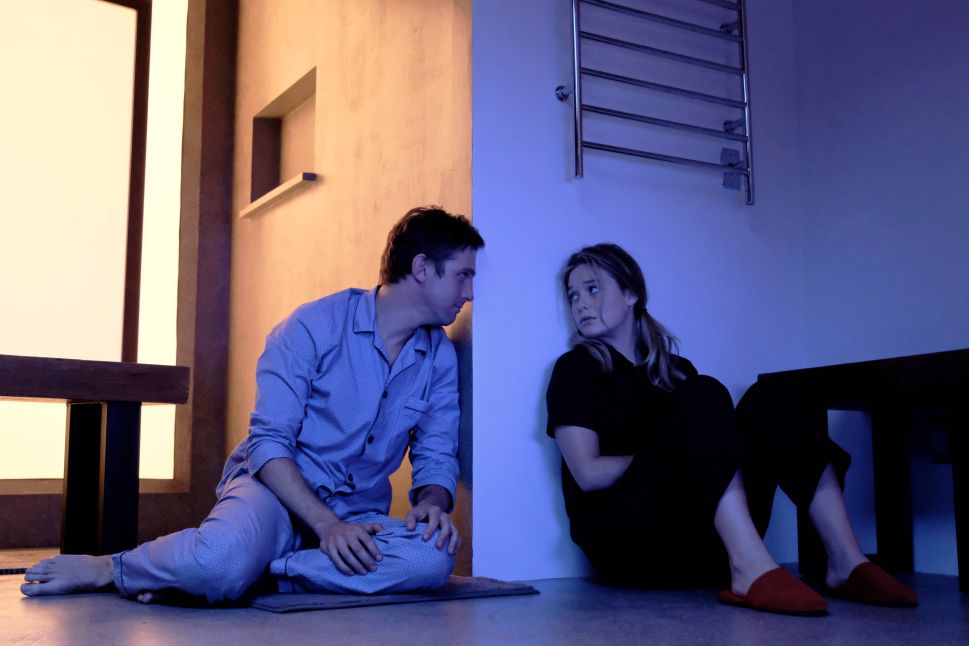