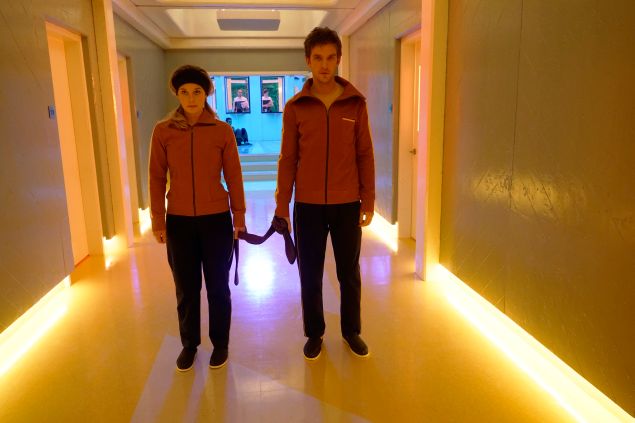 The opening montage of the new X-Men-affiliated FX program Legion encapsulates a lot of what’s exciting about it, and a lot of what’s off-putting about it, too: A baby takes up the entire frame in the first shot, and that baby morphs over time into an increasingly troubled young man, as The Who’s “Happy Jack” plays. Noah Hawley—the showrunner, who wrote and directed the episode, and who also runs the Fargo series—is assuring us that a) the show will make a concerted effort to strongly develop one main character rather than getting lost in a ton of Byzantine world-building like so many other X-Men properties and comic book adaptations in general, and b) it will have a wry, pop culture-heavy sensibility.

As the young man grows older throughout this montage, we see his vaguely-defined powers– which involve explosions– growing, and we see adults yelling at him a lot until the voices in his head grow so intense that he hangs himself with a wire.

After his suicide attempt, our hero, David, is in a mental hospital being wheeled around. As David, Dan Stevens—who played Cousin Matthew on Downton Abbey—is constantly mugging throughout the episode as if to say, “In case you forgot, I’m craaaaazy!” His eyes dart back and forth, he twitches, he raises his eyebrows up and down.

Everything in the world of Legion—the wardrobe, the outfits, the sets– is vaguely the ‘70s but also vaguely the future, which is great, for the same reason that the best Batman stuff always feels like both the future and the noir ‘30s.

David meets up with his friend Lenny, played by the wonderful Aubrey Plaza. Plaza, a veteran of both great stuff like Parks and Recreation and trash like Dirty Grandpa, has a lot of genuinely funny and eccentric dialogue to work with—when David’s love interest first appears, she says, “A late entry to the race… nice hindquarters!” As with Plaza’s fellow Parks and Rec cast member Nick Offerman’s performance on Fargo, Hawley’s obvious love of The Big Lebowski shines through in these lines. She delivers them in a way that’s convincingly unhinged but also reminds me of the way Uma Thurman rolls her eyes through every dumb line in Batman & Robin—she’s still above it.

So this love interest, Syd, comes to the mental hospital and David tries to give her Twizzlers but scares her off. Then a trippy montage plays out, which consists mostly of recent and long-ago moments from David’s life, many of which we’ve just seen in the first seven minutes of the show. It’s revealed that David sees a creature called The Devil with Yellow Eyes, a big round scary loogie who should have been made with practical effects.

In a group session, Syd speechifies in a truly cringey manner: “You’re in here because somebody said you’re not normal,” she bloviates. “But you know who else wasn’t normal? Picasso. Einstein.” David asks Syd to be his girlfriend. She agrees, on the condition that he never touch her; she’s extremely sensitive to touch. 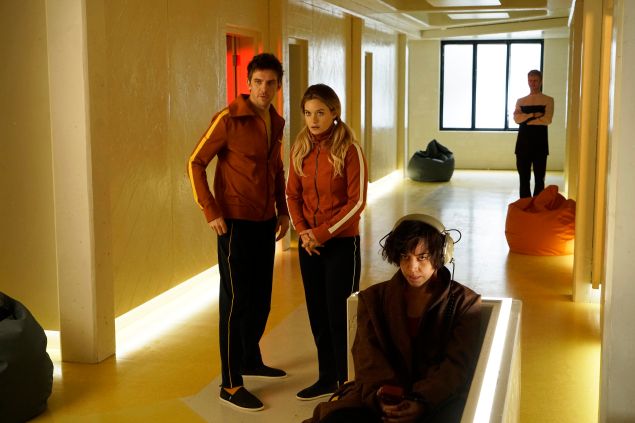 After a montage of the two having fun while leaving room for Jesus, we cut to the future, in which a smug authority figure is interviewing David about Syd’s disappearance. During a break, the interviewer goes and talks to a sinister old man who’s been watching from another room. The two confirm that David is an incredibly powerful mutant. Some kind of hound-like beast growls inside a cage next to the old man. A guy with rheumy eyes in the interrogation room puts a little statue of a dog down in front of David.

Syd is discharged, and David kisses her before she leaves, despite her protestation. Thus, a major plot twist hangs on our hero violating his ladyfriend’s consent. The kiss knocks them both on their asses, causes them to switch bodies Freaky Friday-style, and makes all the doors in the hospital disappear. The event kills Lenny by trapping her in a wall. The interviewer is so smug upon hearing David recount all this that David stabs him in the face with a pen using his mind. The old guy in the other room yells, “Use the gas!” and David causes everything and everyone in the room to smash and fly around in slow motion as rock music plays. Hawley is in love with these big slow-motion rock song moments but they don’t always deserve to happen.

David, I guess switched back now, goes to his sister’s house on Halloween in an especially beautifully-shot scene. He eats all the waffles in the fridge and it’s like, honestly? I’m so sick of the way the media is always portraying people who throw things around with their minds as constantly eating Eggos. Come on!

A hallucination of Lenny shows up to ask David what it was like to have titties and to tell him in he’s terrible danger– being chased around by government men is another similarity he has with our Lord and Savior, Eleven. David breaks a beloved childhood lamp with his mind and David’s sister takes all the sharp objects out of the room, allegedly to use them for gardening.

David dreams a dance number starring himself, Syd and Lenny, set to a French pop song. The existence of this scene makes me feel good about the permission the show gives itself to be bonkers without straying alarmingly far from the tone it’s created for itself. David wakes up in a pool rigged to blow him up if he doesn’t give the smug guy the answers he needs. He recalls looking for Syd and being followed by a fashionably-attired couple. Syd shows up in the flashback, explaining she’s been projected into his memory. Let the Byzantine world-building nonsense begin!

At Syd’s instruction, David slides into the water, leading to the explosion of everything around him. Syd and the two hepcat pursuers are there to save him. They leave through the courtyard, which has turned into a warzone, so they’re dodging bullets and soldiers left and right. At the meeting point stands a fancifully-dressed woman, played by Jean Smart, who played crime family matriarch Floyd in the second season of Fargo—a performance that was a major highlight of the season. He chooses to go with them as the Devil with Yellow Eyes lurks behind him.

I think what really makes me uncomfortable about this pilot is how much it would have appealed to me when I was eighteen. It’s trippy, there’s a lot of sixties rock, it feels like the kind of independent films they made when I was in high school but it’s also X-Men. The main character’s mental illness and mutant powers are both metaphors for being just a little different, having a lot of feelings and emotions, not fitting in. Syd’s name is Sydney Barrett, after the original lead singer of Pink Floyd. Every frame looks great, and Plaza and a few of the stylistic choices lend a levity that rescues the episode from being painfully self-serious. But Stevens is just awful, and the story overall is pretentious and falls short of the depth that Hawley and the X-Men franchise have previously proven themselves capable of. Some of these problems may well work themselves out, in which case I’ll just have to embrace my teenage dirtbag former self. Now if you’ll excuse me, I’ll be driving around aimlessly in my mom’s van, eating taquitos from 7-11 and debating conspiracy theories with the rest of my band. 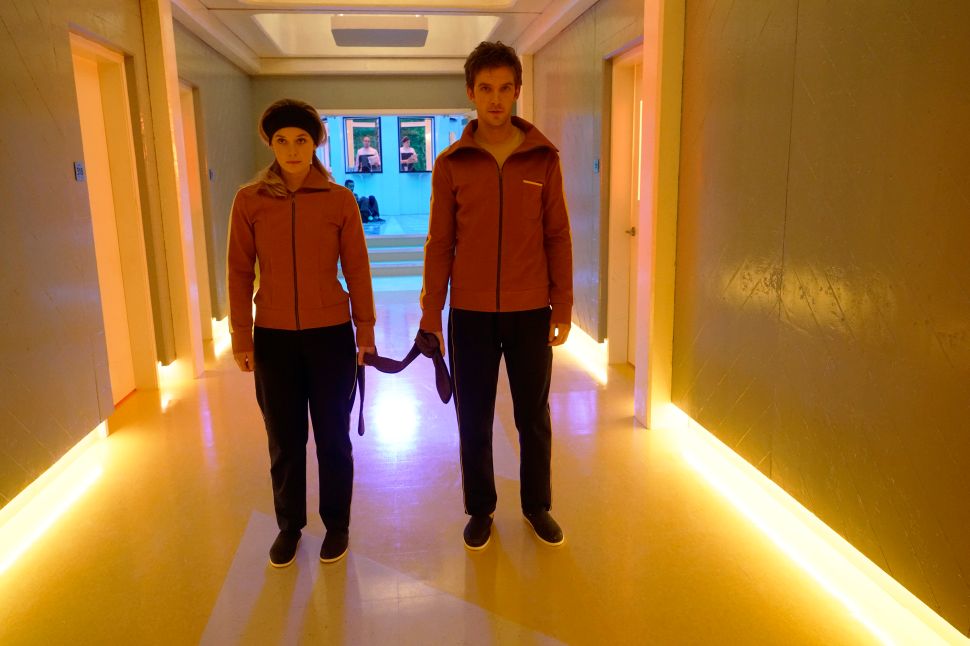