With a WASPy diction you just don’t hear around New Jersey much anymore, Congressman Leonard Lance (R-7) is a throwback to the patrician Republican days of the Kean, Frelinghuysen and Todd/Whitman families. The five-term Congressman, who probably doesn’t weigh 150 lbs. with his Brooks Brothers suit and perfectly crisp white shirt soaking wet, might be the gutsiest Member in the New Jersey House delegation.

Facing an angry, anti-Trump crowd of more than 1,100 – plus another 350 protestors outside – Lance withstood 90 minutes of a tough Town Hall meeting in his Central-Western District last night. It was the first public constituent meeting for a NJ GOP congressman this year.

Lance might have been the unlikeliest candidate to demonstrate such intense fortitude. As a state legislator and now as a five-term congressman, he’s better known for his perpetually perfect grammar and his low-key, collegial style. To put Lance into some perspective: he lost a bid for re-election as State Senate Minority Leader in 2007 because Senators thought Tom Kean, Jr.—also a well-liked fellow who’d rather negotiate than brawl—would be tougher and more combative.

Despite the tone of the overflow audience, Lance stood his ground as if Branchburg was Masada. He pledged to support the dismantling of Obamacare, said he backed Trump’s stand on vetting immigrants and refugees, and while he urged Trump to release his tax returns, he refused to join his colleague Bill Pascrell (D-9) in demanding it.

Lance did voice support for a congressional hearing on allegations of Russian influence in the presidential election, and broke with some conservatives on global warming—he believes it’s real and that humans are causing it.

Trump protesters have catapulted congressional town hall meetings into the public eye this year, receiving national attention – and plaudits far beyond those garnered when Tea Party members deployed a similar tactic to protest President Obama during his first two years in office.

The 65-year-old Lance is facing challenges from the left and the right. Last November, Lance beat Democrat Peter Jacob, a political newcomer and Bernie Sanders supporter, by a 54%-43% margin – his weakest showing since the 7th district was redrawn in 2012. He has also struggled a bit in GOP primaries. He won just 54% in 2014 and 2016 against conservative gadfly and perennial candidate David Larsen. 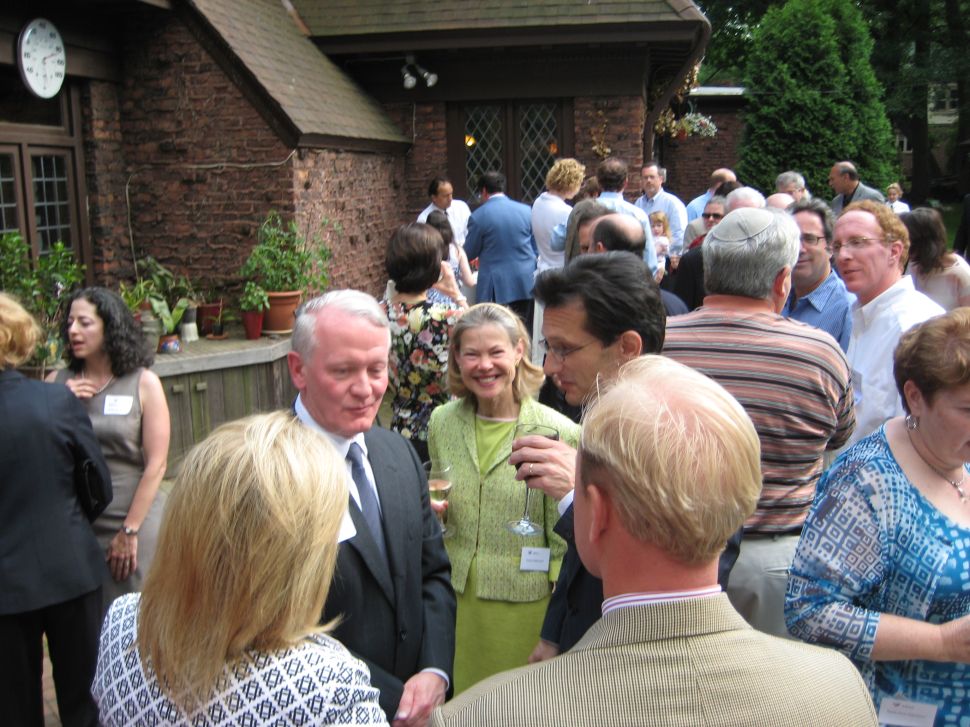