Uber is just a payment system that privately shows people with cars the location of people without cars. Uber makes money by scraping off some of what those people without cars pay for rides. In a lot of ways, making a lot of noise and educating the public about private rideshare services has been the biggest value the company has added.

But it makes you wonder: why couldn’t hackers put together an open, free app that did the same thing? Or at least did enough of it that people could work around the big hailing companies.

Siberian-born programmer Roman Pushkin has built a Telegram bot that lets people with cars and people without them connect anywhere in the world, with a much lighter, more private connection. It’s called LibreTaxi. It’s live now—with open source code on Github—and could theoretically work anywhere.

Pushkin tells the story of the new’ish app in more detail on a Medium post he published earlier this month. Whenever he’d go home to Siberia, he would think about how greater connections could help. In particular, when his relatives learned about Uber and Lyft, they said that would be a nice solution for people in remote locations. They didn’t have it, though, and Pushkin guessed that remote locations all over the world might feel the same.

Telegram is a messaging app. It has especially strong penetration with Russian users. Creating a way for people with cars to connect with people who need rides in remote areas was just an idea until Telegram enabled bots. By building on top of the chat app, Pushkin didn’t have to build his own chat interface and was able to take advantage of all the phone features that Telegram already connects with, such as GPS.

He first took it live last October. It started to spread in December. It’s blown up on Product Hunt and Hacker News.

When users join the LibreTaxi channel on Telegram, they can begin as a driver or as a passenger. Either way, they send it their location, using their device’s built in GPS. They also message where it is they are heading and propose a price. Once the bot finds a driver willing to accept the fare, it connects the two users. After that, it’s up to them.

As of now, riders pay drivers directly, mainly with cash. “The first thing I want to implement is Bitcoin support,” Pushkin told the Observer in a phone call. “I want to add one more vehicle type: medium sized truck,” he added. Sometimes people need to move something and they don’t have anything to haul it with.

One of the first questions I looked at the sight was very American: what about safety. What assurance do riders have that they can trust drivers?

“I understand that the safety question is number one in the United States and some other countries, but there are other countries where it is already safe,” he said. An entrepreneur from South Africa made the same point in the conversation on Product Hunt.

Soon, Pushkin plans to implement driver ratings, photos and photos of their license plates into the bot, in order to give riders a bit more information. Ultimately, though, LibreTaxi simply connects two people and lets them sort out the details. It’s built for people who live in places that operate a different rhythm than those of us in big cities.

There’s very little Pushkin can see of driver and rider interactions. He can see that two people made a connection about a potential ride, for example, but he doesn’t know if the ride actually happened. Once the connection is made, they communicate directly. This gives riders some privacy protection and also spares the batteries of the older devices people tend to use in developing areas.

Pushkin works building software in the Bay Area. Right now, LibreTaxi is his side project, but he’s considering taking it full time. While the project originated on Telegram, he says that’s just the transport system.”We are not dependent on Telegram,” he said, adding that he’s already built a test version onto another platform. He might even build its own standalone app at some point, which would give LibreTaxi more ways to focus the user experience.

“We can’t compete with Uber,” he told us. It has lots more developers and it has name recognition (though it also has more than a little bit of controversy at the moment).

Without a tightly knit community for word to spread within, it’s hard to see how the service can build adequate awareness. To work, it needs both drivers and riders, looking at the same time, but that’s why it could work in tightly knit remote communities.

Regardless, LibreTaxi illustrates the fact that services like Uber (and Airbnb and Taskrabbit, for that matter), provide a very light coordination services. It’s hard to imagine that in an ever more connected world the price for simply connecting a seller with a buyer won’t shrink till it’s almost negligible.

When my family comes and visits me from Kansas, we mainly use Lyft to get around New York City. While I was home recently, we talked about folks in my little hometown who don’t have cars or don’t have reliable ones. Transportation can be a challenge for low income people, even in towns where it’s possible to drive from one end to the other in about ten minutes. In places like that, a more informal system like LibreTaxi could make a difference if people start to learn it’s an option. 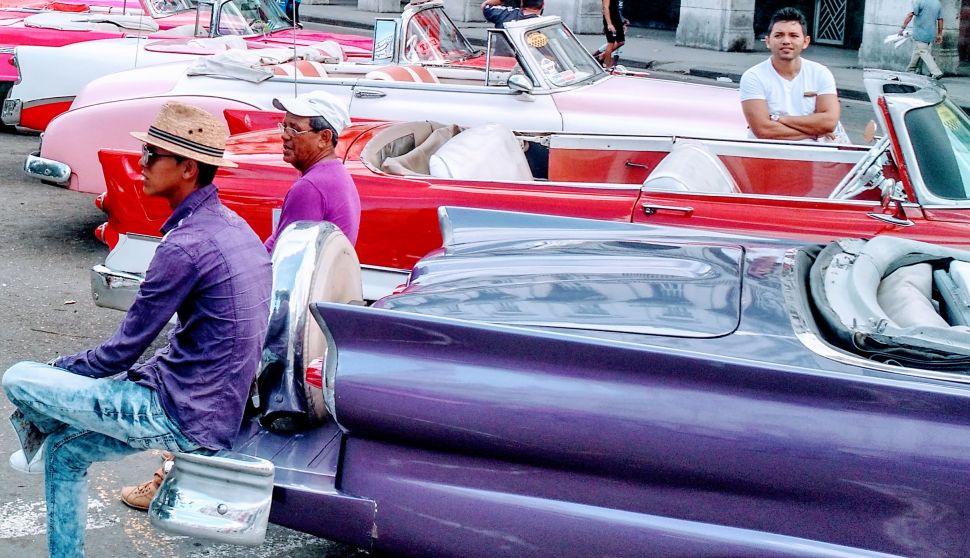