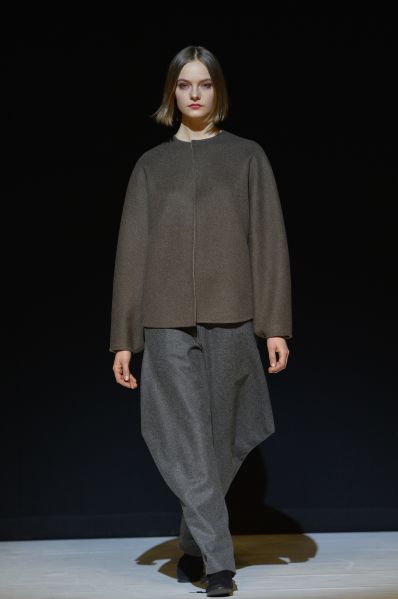 After 16 years of showing in Paris, London’s master of sculptural statement made a much heralded return to his home city with a spectacular early morning show on Saturday. Within the contemporary setting of Sadler’s Wells theatre, renowned for its global mix of cultural and artistic creativity, the charming Mr Chalayan (born in Cyprus, raised in London) half joked that he didn’t think anyone would turn up so early in the morning. With legions of fabulously dressed fashion student acolytes queuing around the block from 8am, and every international fashion editor sweeping in a little later, he needn’t have worried about empty seats in the dress circle.

With Chalayan comes a ton of narrative. He likes his form of unique fashion to push the oblique boundaries, has embraced technology from his early days as a designer and endlessly redefined existing ideas of modernism.

“I can sit down and draw a collection without a theme. But I am a re-active creature, and I am inspired by things that are out there to create an energy in the collection.” 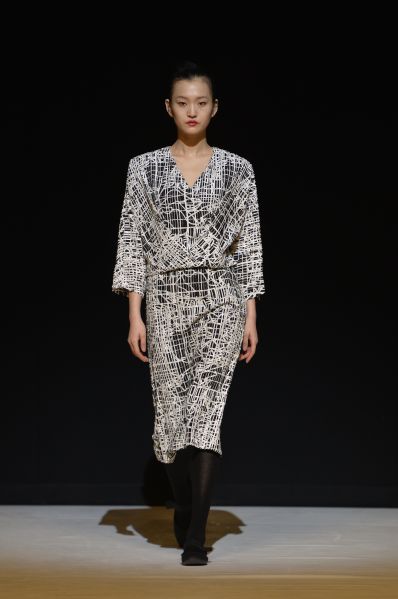 With our current sense of the world in a state of flux, the reactive energy came towards the end of a collection of classic fluid pieces. A handful of models dramatically tore open their carefully constructed jackets, centre stage, to reveal an explosion of glitter and shredded tinsel. A physical act of aggression bursting into a split second of surprising lightness. Some fashionistas needed help to analyse the symbolism. What did it really mean?

“I thought it was a nice combination. These very tacky things that I wanted spilling out, I found very beautiful. There’s kind of an aggression, but also the things that come are quite charming. I call it a pseudo celebration and a protest at the same time!”

Elsewhere in the collection, the languid fluidity of shapes that fell effortlessly over the body, emphasising different areas of focus from slouchy shoulder seams, to cinched in waist lines required no further explanation from the designer. The art of Chalayan’s masterful cut is that he combines structured tailoring with superb lightness of movement, to create pieces that are totally wearable and always highly desirable. Fabric falls freely as if fluidly unstructured, shaped sleeves billow as they move and easy split seam dresses that barely seem to touch the body skim curves in all the right places. With an emphasis on layering different textures, trailing long ribbon ties and detailing surface seams, Chalayan also played with print fusing a modern Manhattan grid system with an Ancient Greek city map, all in desirable shades of concrete, black and anthracite. 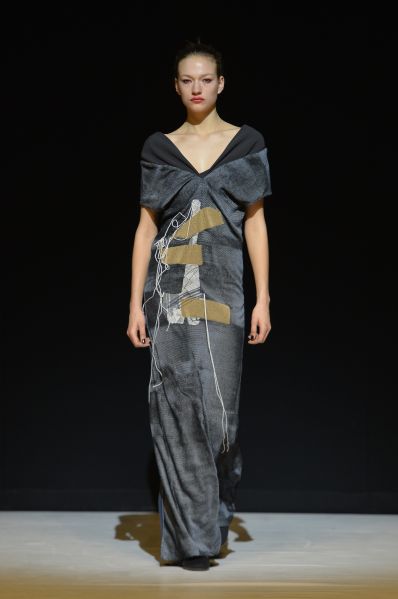 Having originally defected to Paris in 2001 to grow the business, Chalayan says he will wait and see how things turn out before considering swapping fashion cities again. But with his first (and so far only) Flagship store recently opened in the pretty back streets of Mayfair, a place where Chalayan can build a more personal relationship with his clients, London is certainly thrilled to have him back on home turf for the foreseeable future. 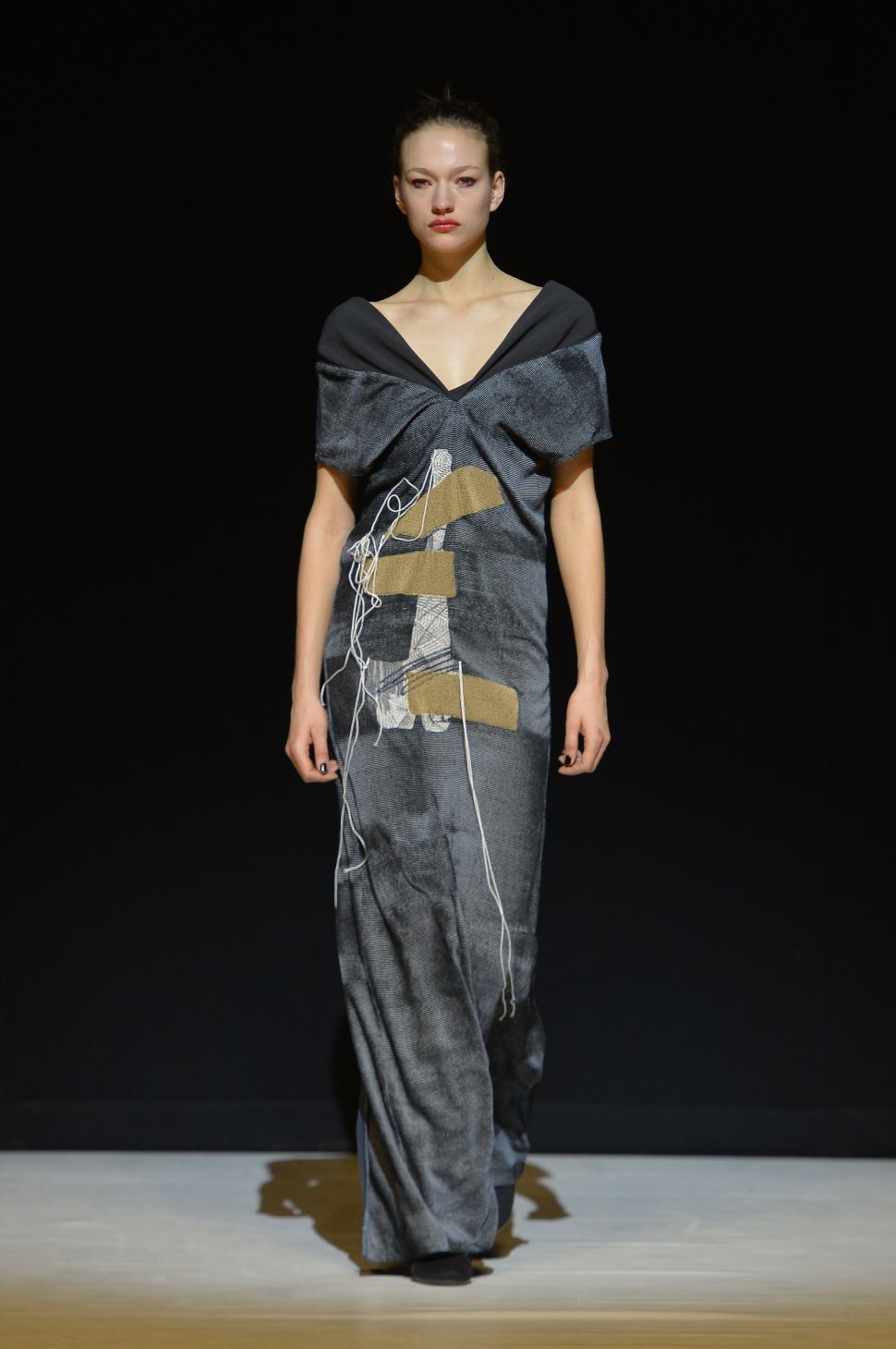