The anticipation of seeing the truthful excitement of Lucas Hedges, the highly praised young man Oscar-nominated for Best Supporting Actor this year for his wrenching performance in Manchester by the Sea, is the factor that makes his New York stage debut a must-see experience.

The play is Anna Jordan’s Yen, about a dysfunctional family so overloaded with misery it hardly qualifies as a construct traditional enough for anyone to identify with or relate to. It’s another disappointing British import, one of those rudderless wallows in kitchen-sink torpor that are staple menu items at London’s experimental Royal Court. Those tiresome, dated shout fests by a new generation of Angry Young Men who want to write like John Osborne and Shelagh Delaney are commercial gambles that seldom pay off at the American box office, but there’s no shortage of producers who are willing to step up to the roulette wheel. Yen won’t run long, but at the Lucille Lortel Theatre in Greenwich Village, catching Lucas Hedges on the bottom rung of an obvious ladder to success is worth investigating.

Sixteen-year-old Hench (played with heartbreaking angst by Lucas Hedges) is the shirtless, barefoot and emotionally desperate one, and 14-year-old Bobbie (Justice Smith) is the mentally challenged kid brother fueled by false energy and driven to explosive outbursts and self-inflicted violence. Writhing and shrieking and foaming at the mouth, the way Bobbie curls up in his brother’s arms and rests his head in his neck to sleep gives the impression that Hench is the caregiver, but Hench is so insecure he wets the bed and is so inept that he tries to bash his head in when an outsider offers affection, so sometimes it’s the little brother who plays the mature role.

Between them, they own one T-shirt, which they exchange whenever they leave the flat to steal food, batteries or something else they need to survive. There is also a noisy offstage dog, called Taliban for obvious reasons. Once in a while their mother drops in to bum cigarettes, reminisce about her hardscrabble past and pass out drunk. (Another raw, fearless character etched unforgettably in vitriol by Ari Graynor).

Their dynamic changes with the arrival of a new neighbor from Wales named Jennifer (Stefania LaVie Owen). She’s the one who brings out conflicting human emotions in the brothers—a sexual awakening in Hench, who doesn’t know what’s happening to his body and is so confused he shakes all over with physical nausea when he kisses a girl for the first time, and feelings of resentment, rage and fear of abandonment in Bobbie, whose reaction to invasion leads to the kind of carnage that lands him in prison.

Trip Cullman directs with assurance, but the impact ends with awe instead of insight. There is nothing about the melodrama or the hysteria of the conflicted characters that leaves you with anything to take home. The dialogue is too filthy to repeat. The title Yen is a symbol for the unfulfilled longing that defines each of the characters, none of whom seem to have learned anything positive from the anguish they endure, and it goes without saying that you will not leave Yen talking about a happy ending. 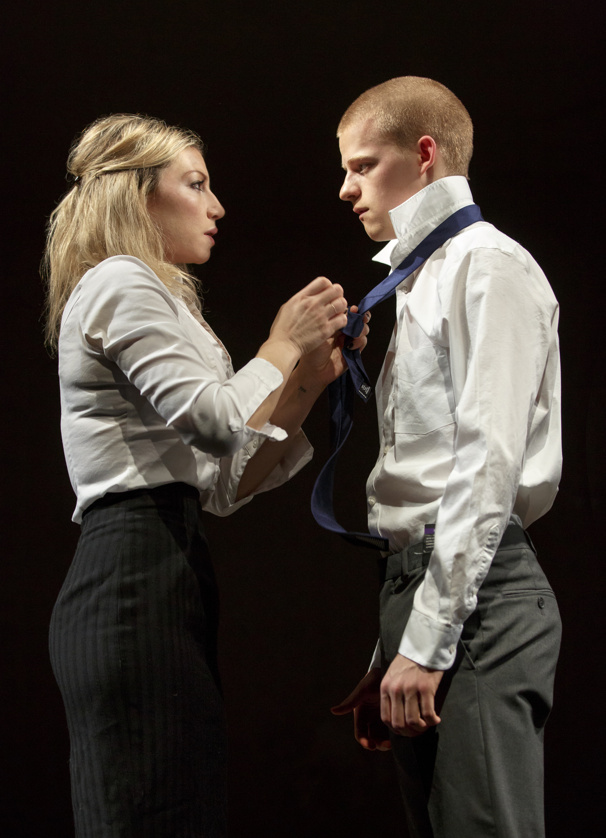 Filed Under: Entertainment, Theater, Justice Smith, Ari Graynor, The Get Down, Lucas Hedges, Manchester by the Sea, Theater Reviews