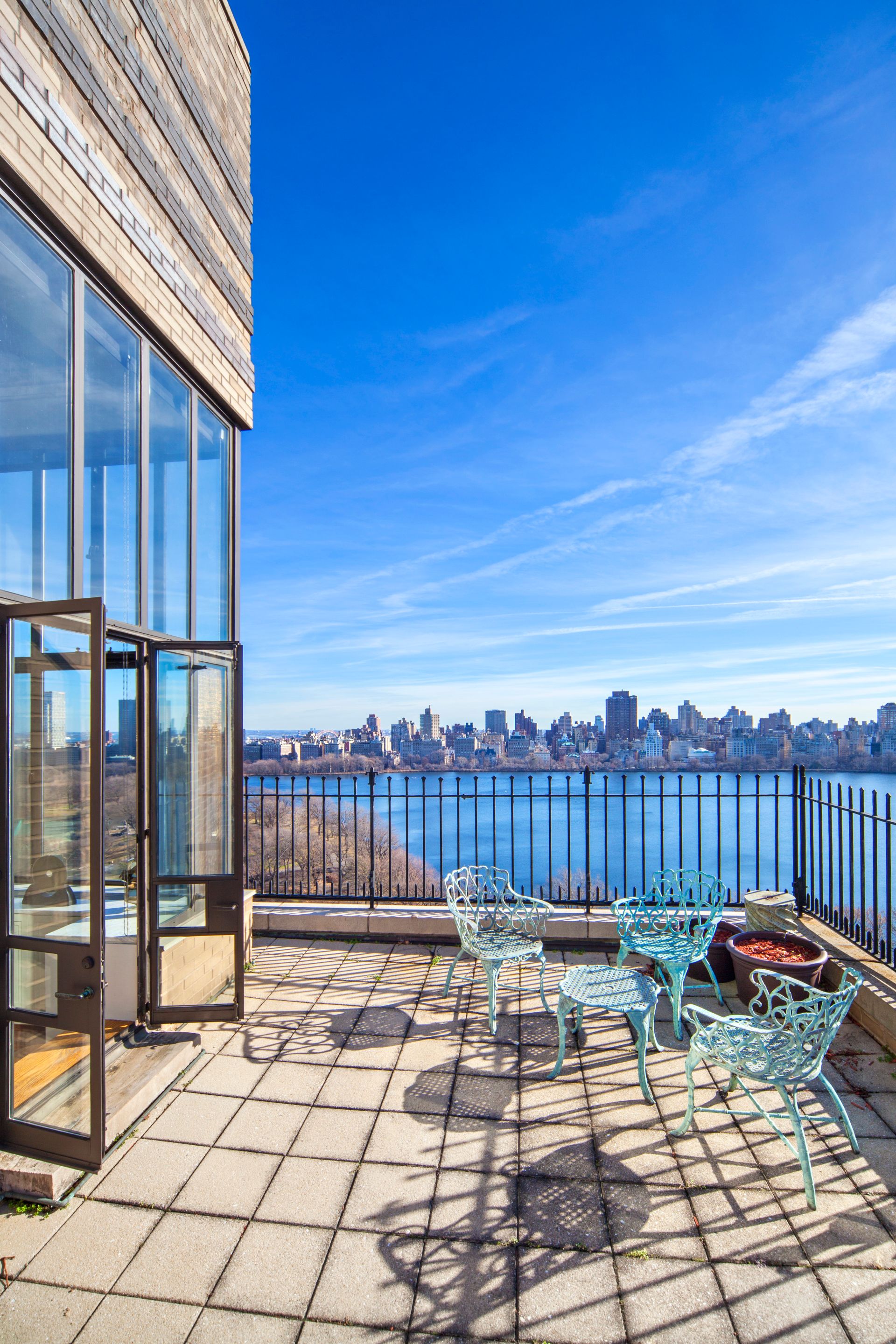 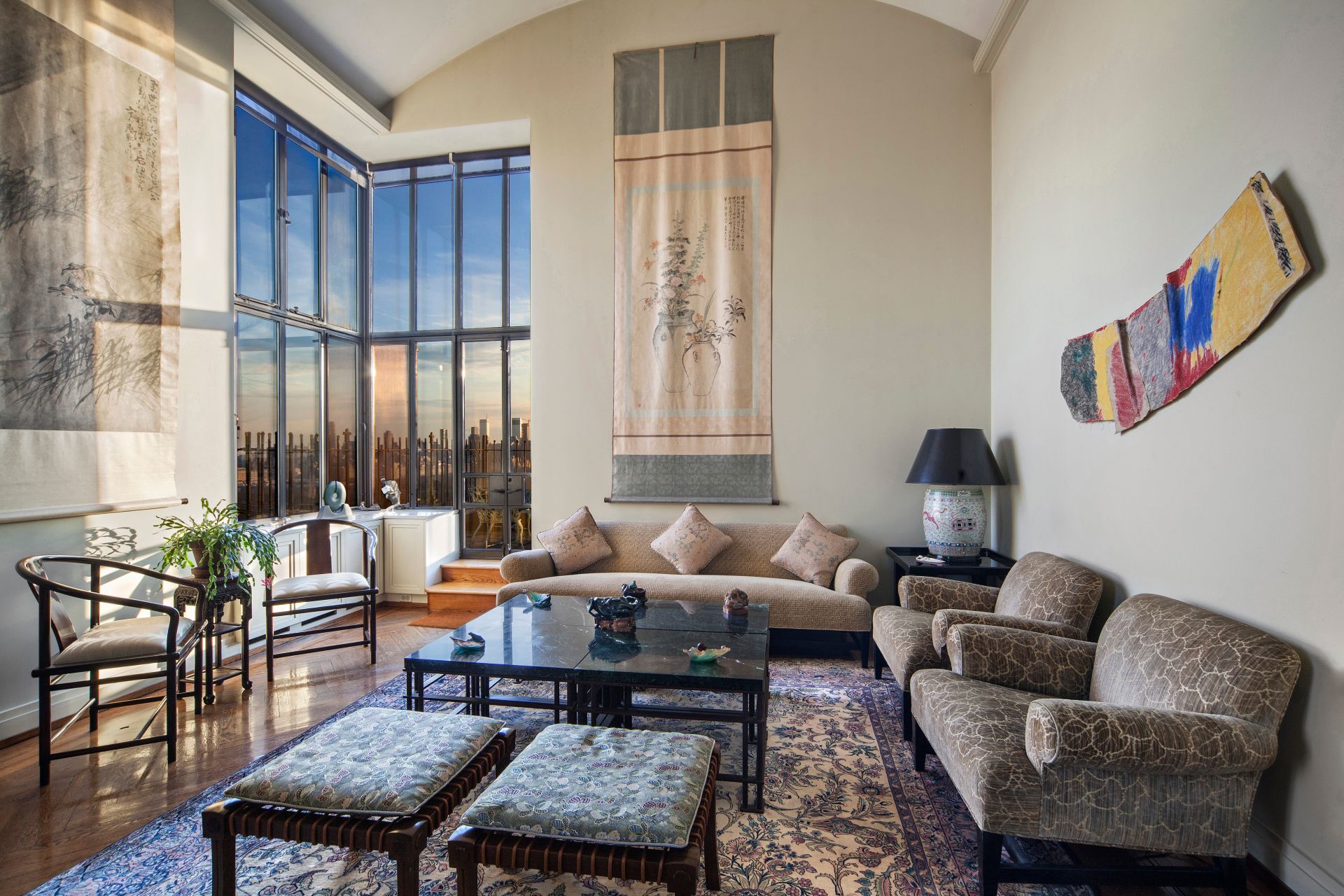 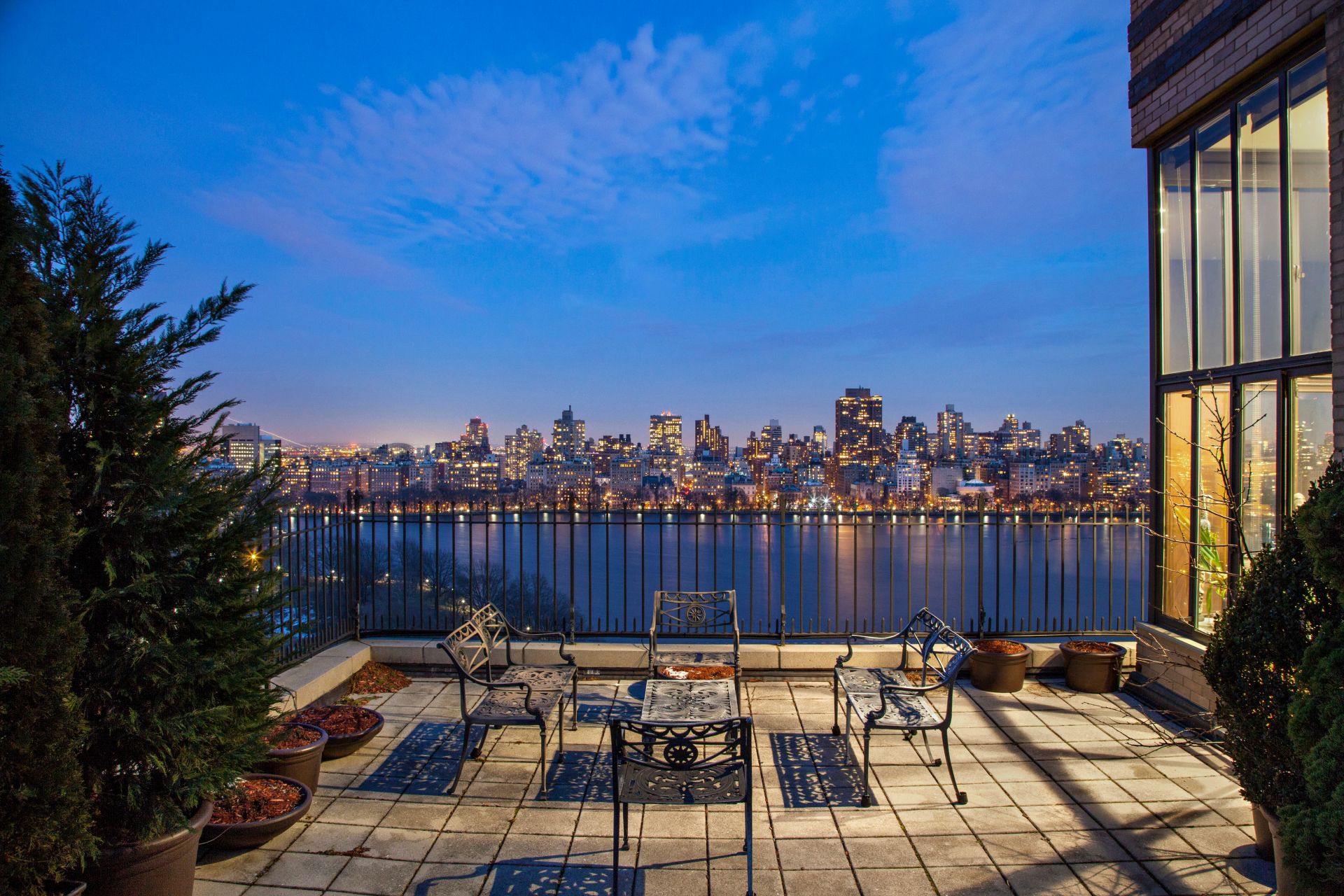 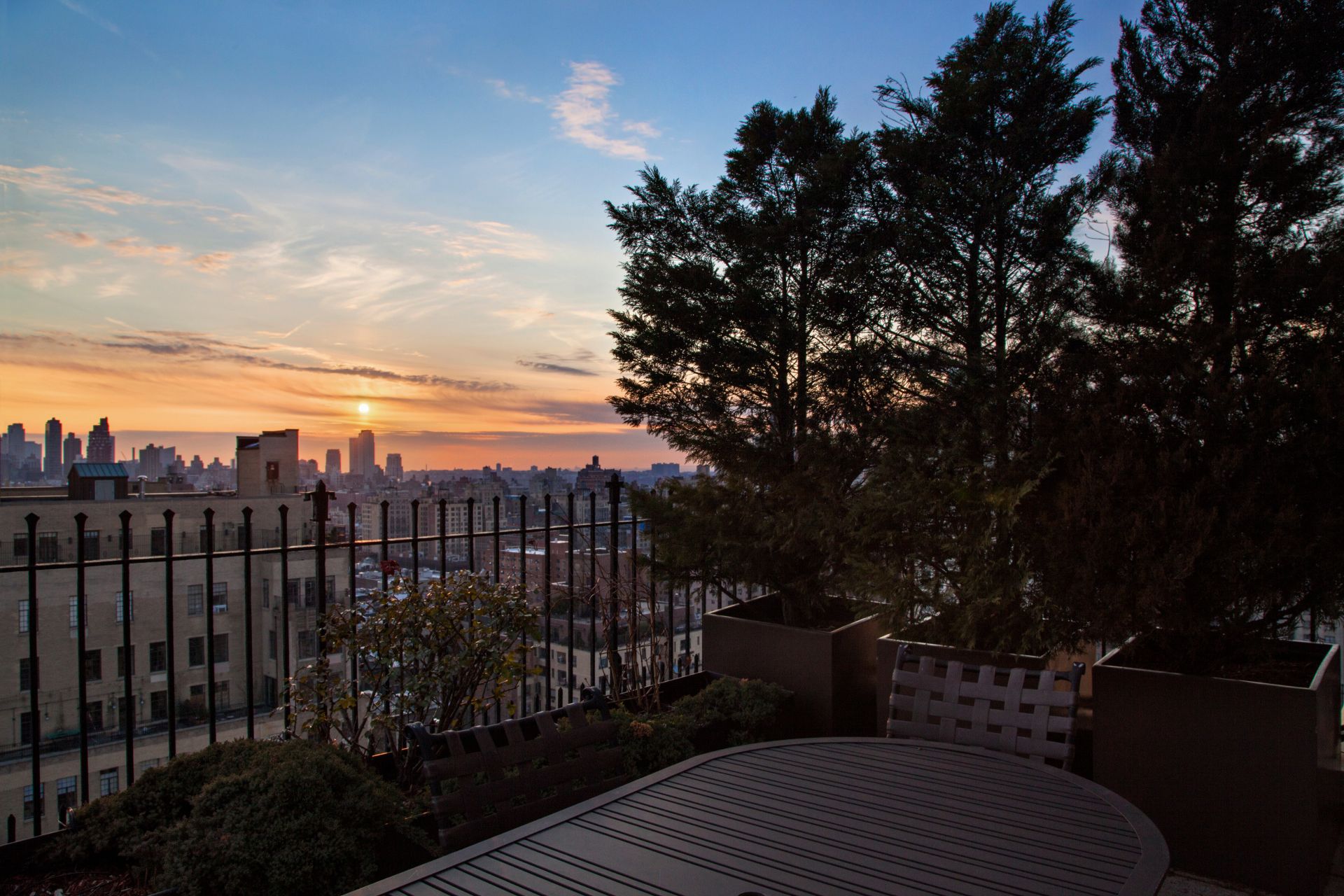 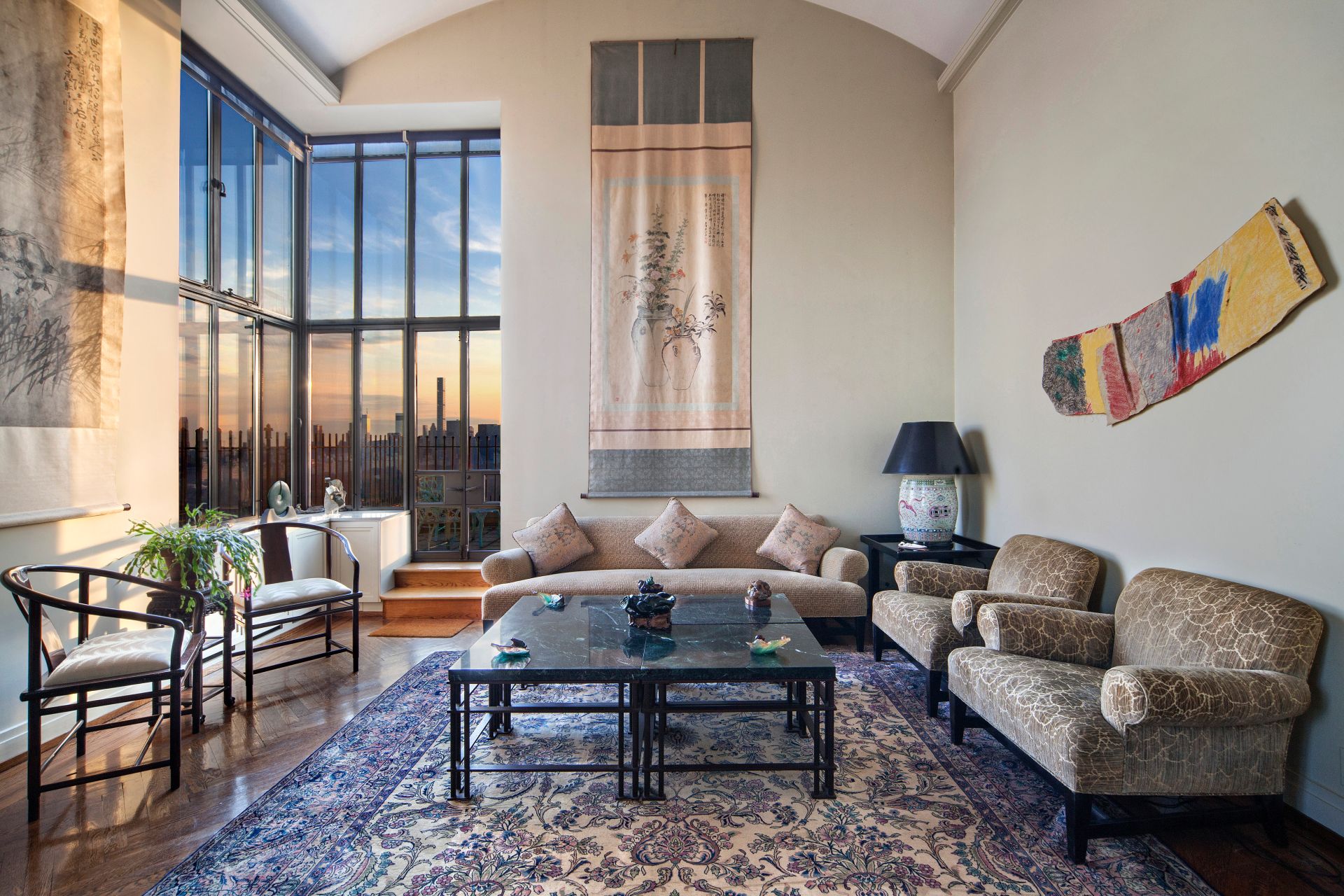 The apartment is accessed by a private elevator entrance.
Courtesy Stribling Private Brokerage 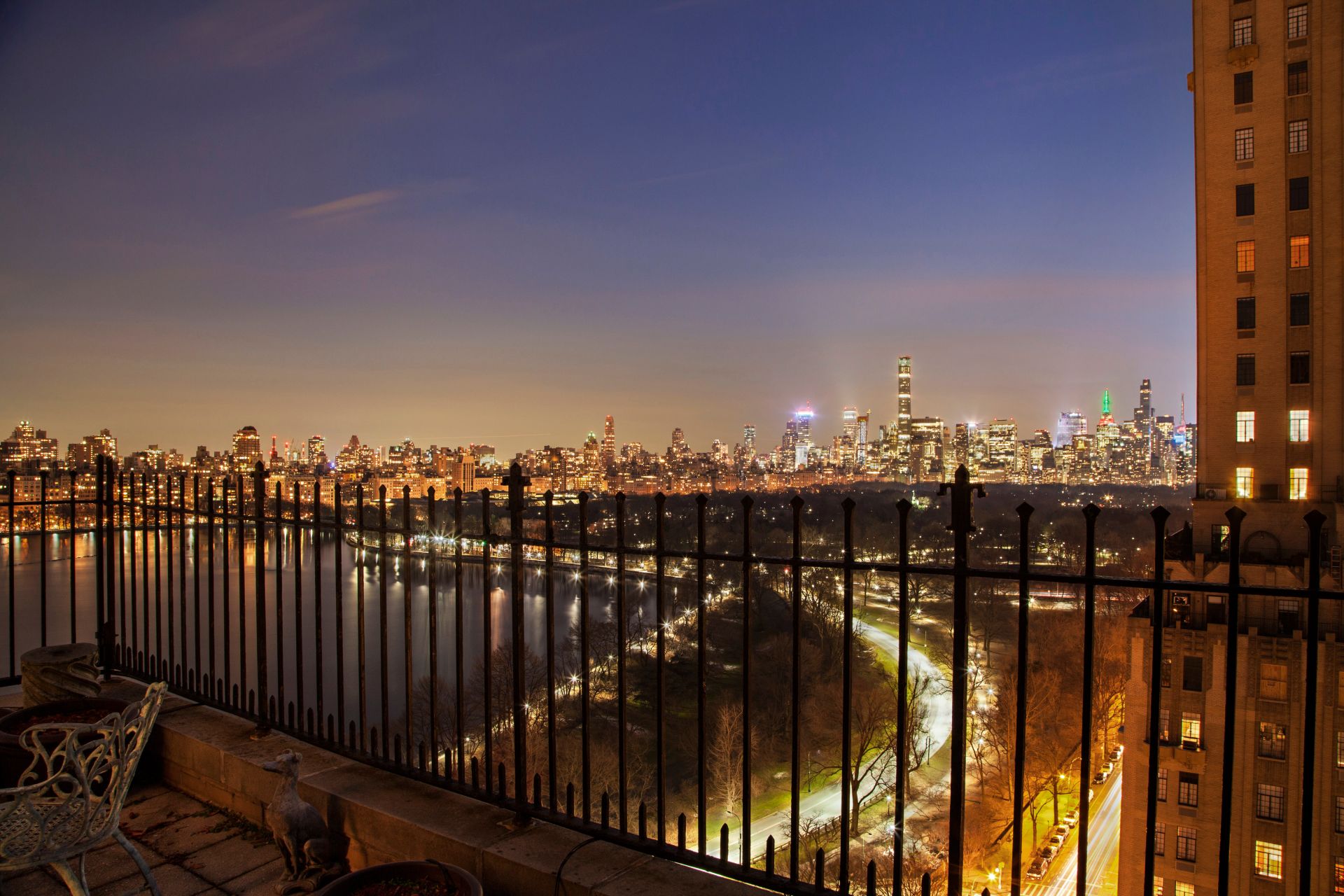 There is also a wraparound terrace on the lower floor.
Courtesy Stribling Private Brokerage 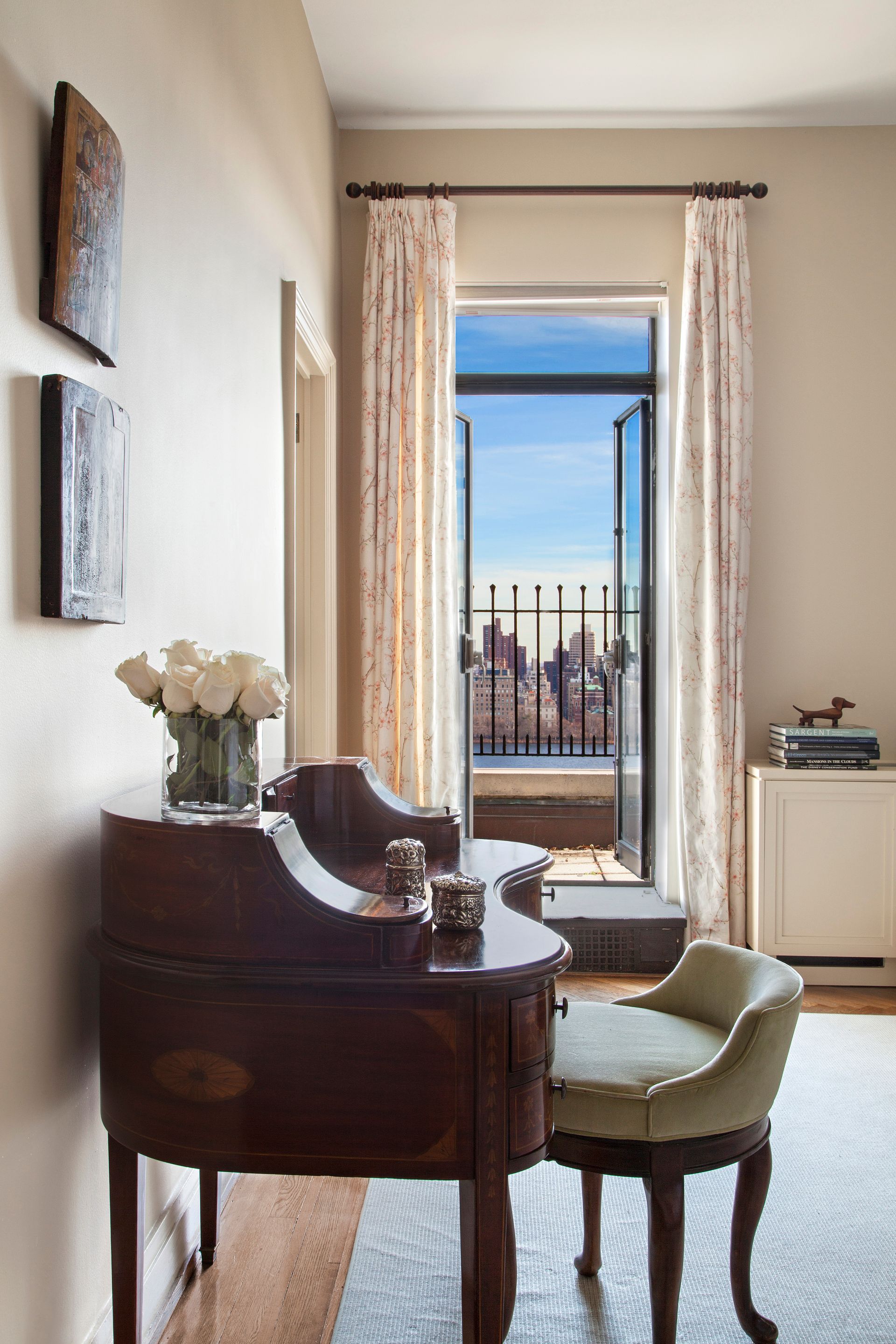 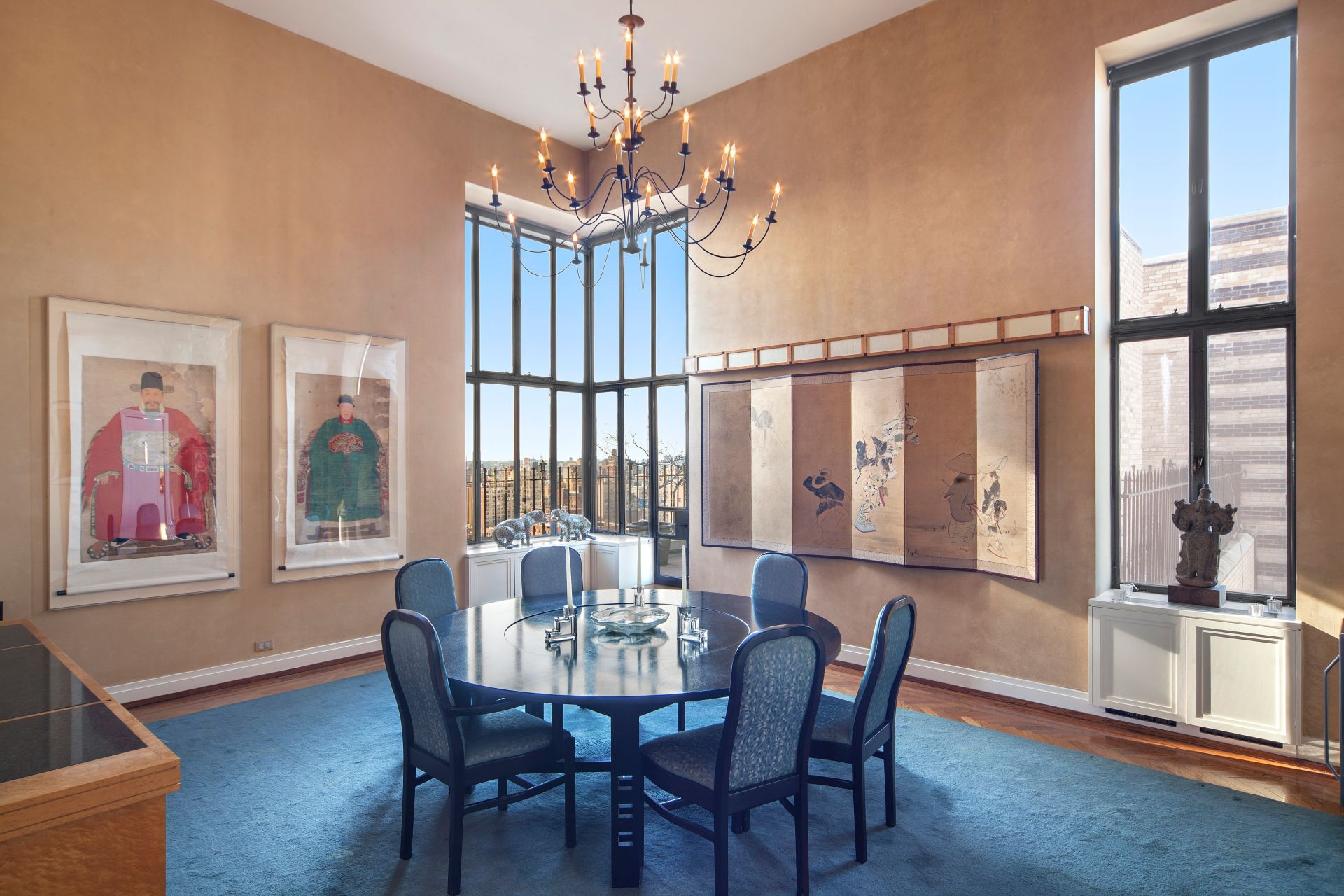 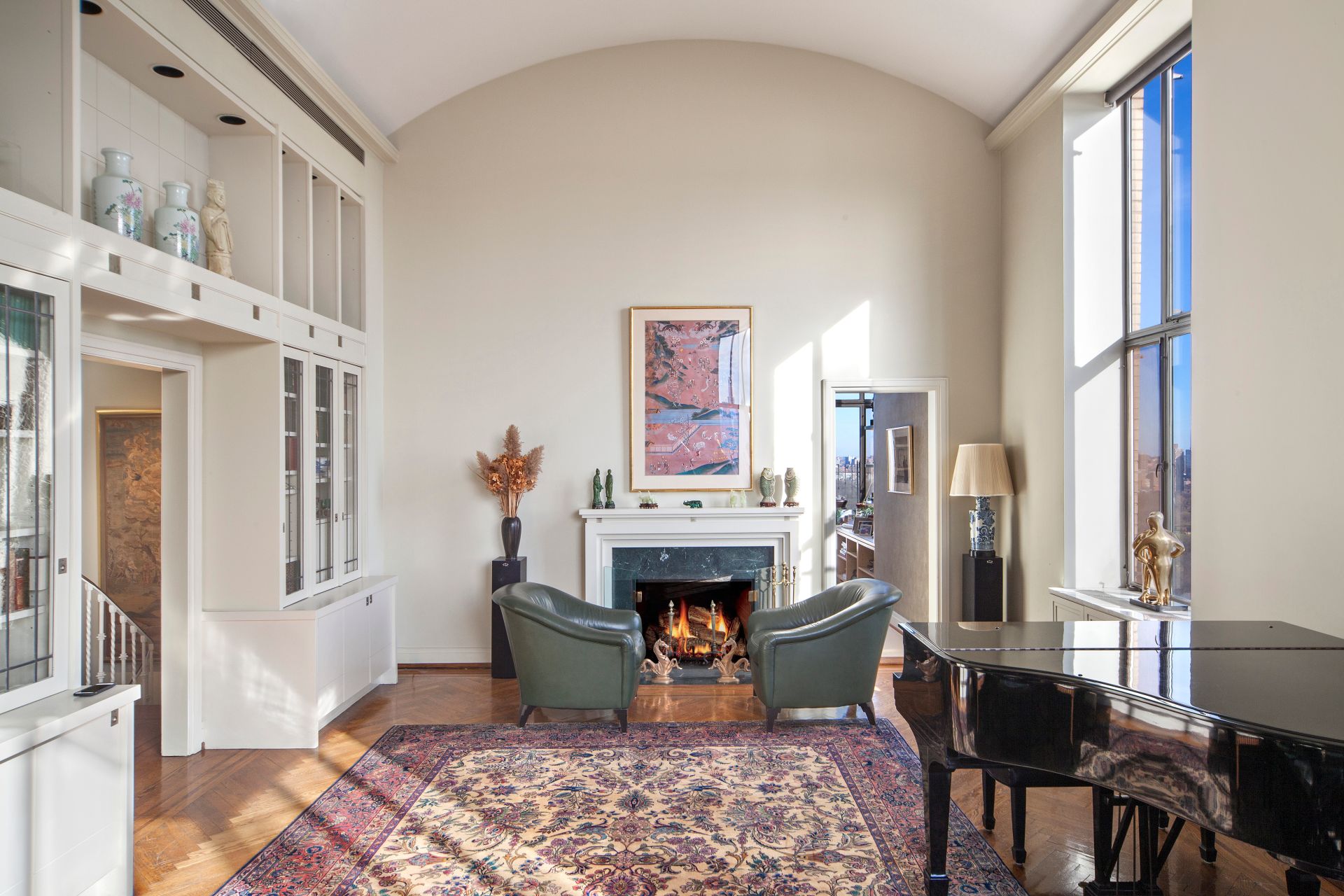 The apartment has not been on the market in thirty years.
Courtesy Stribling Private Brokerage 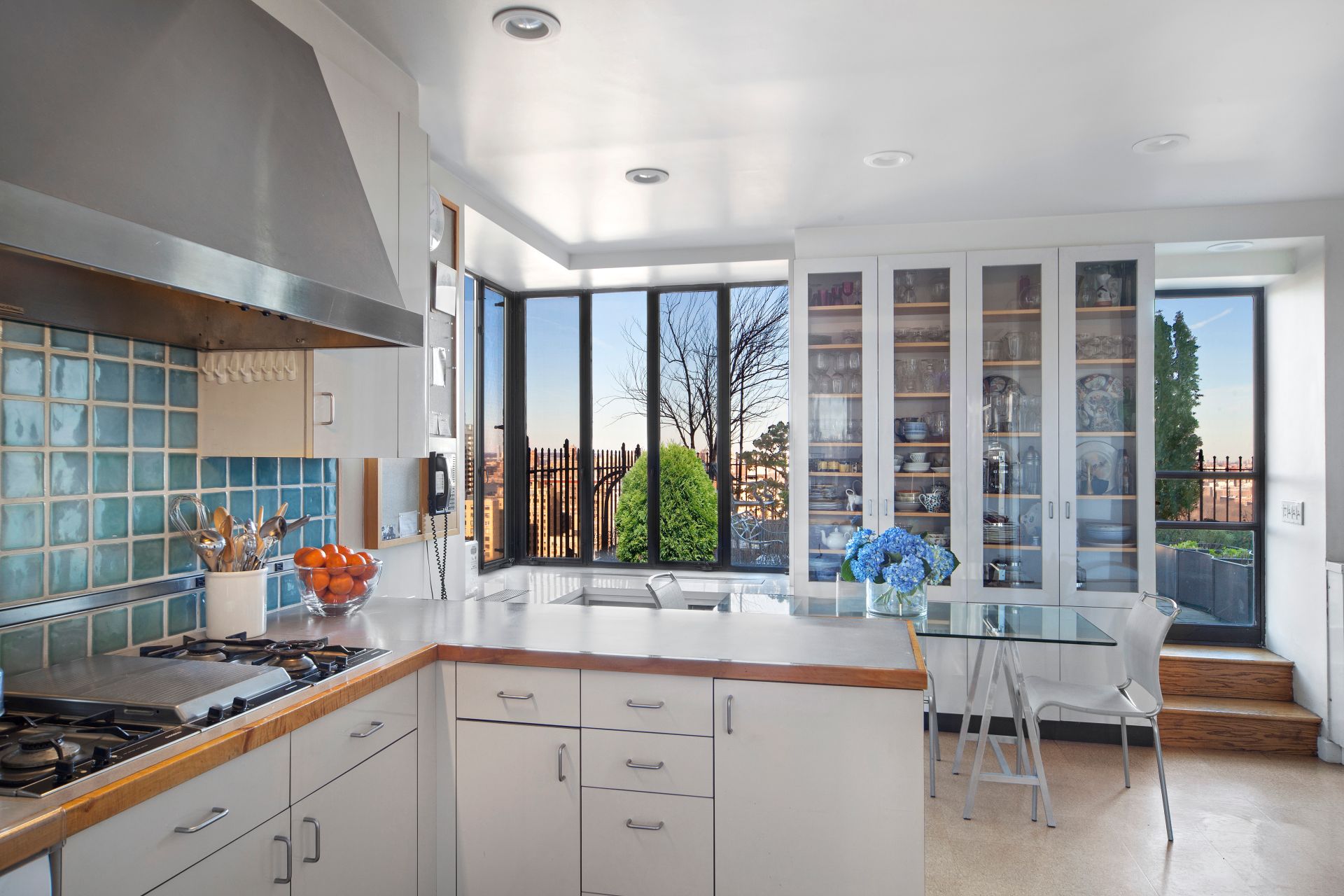 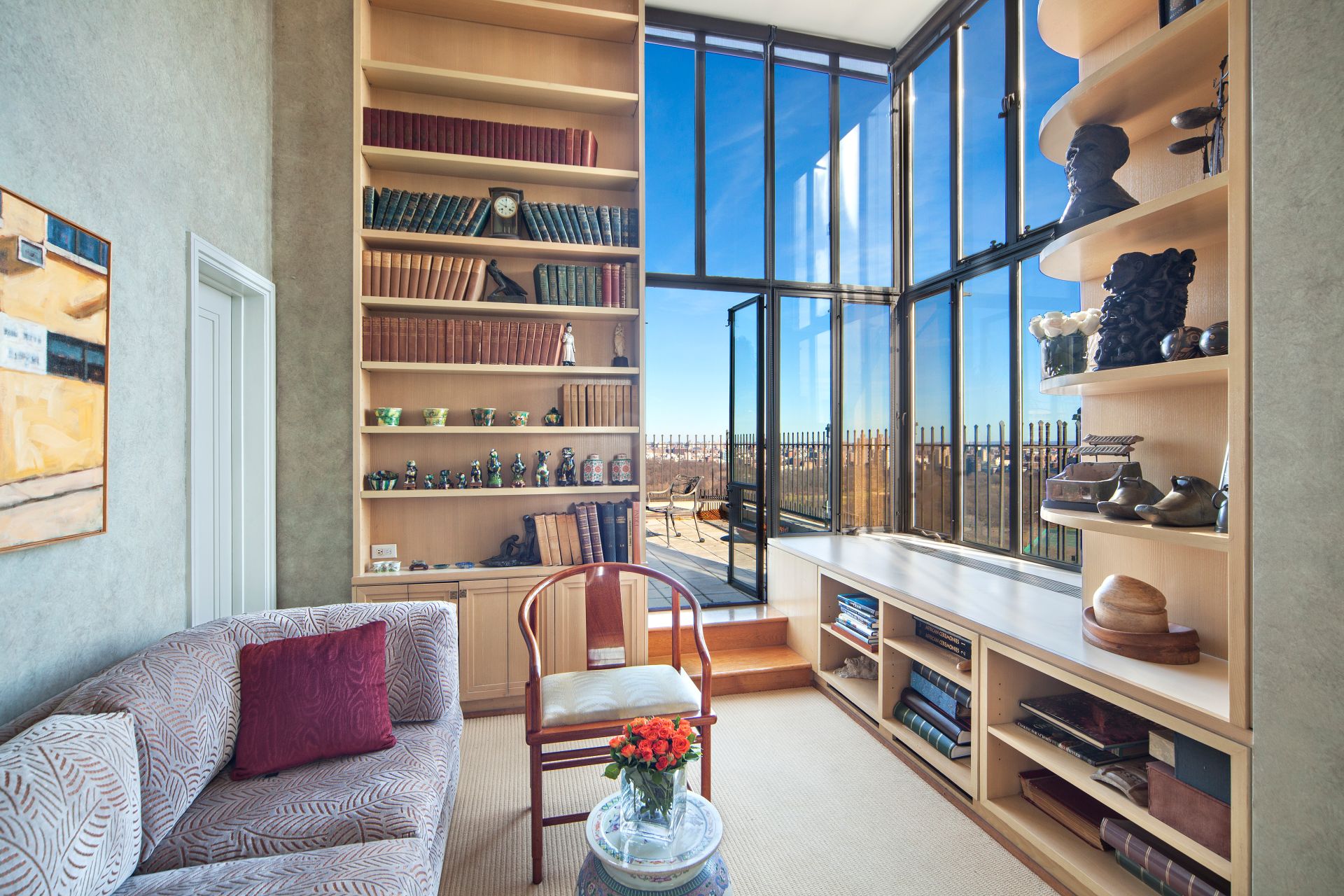 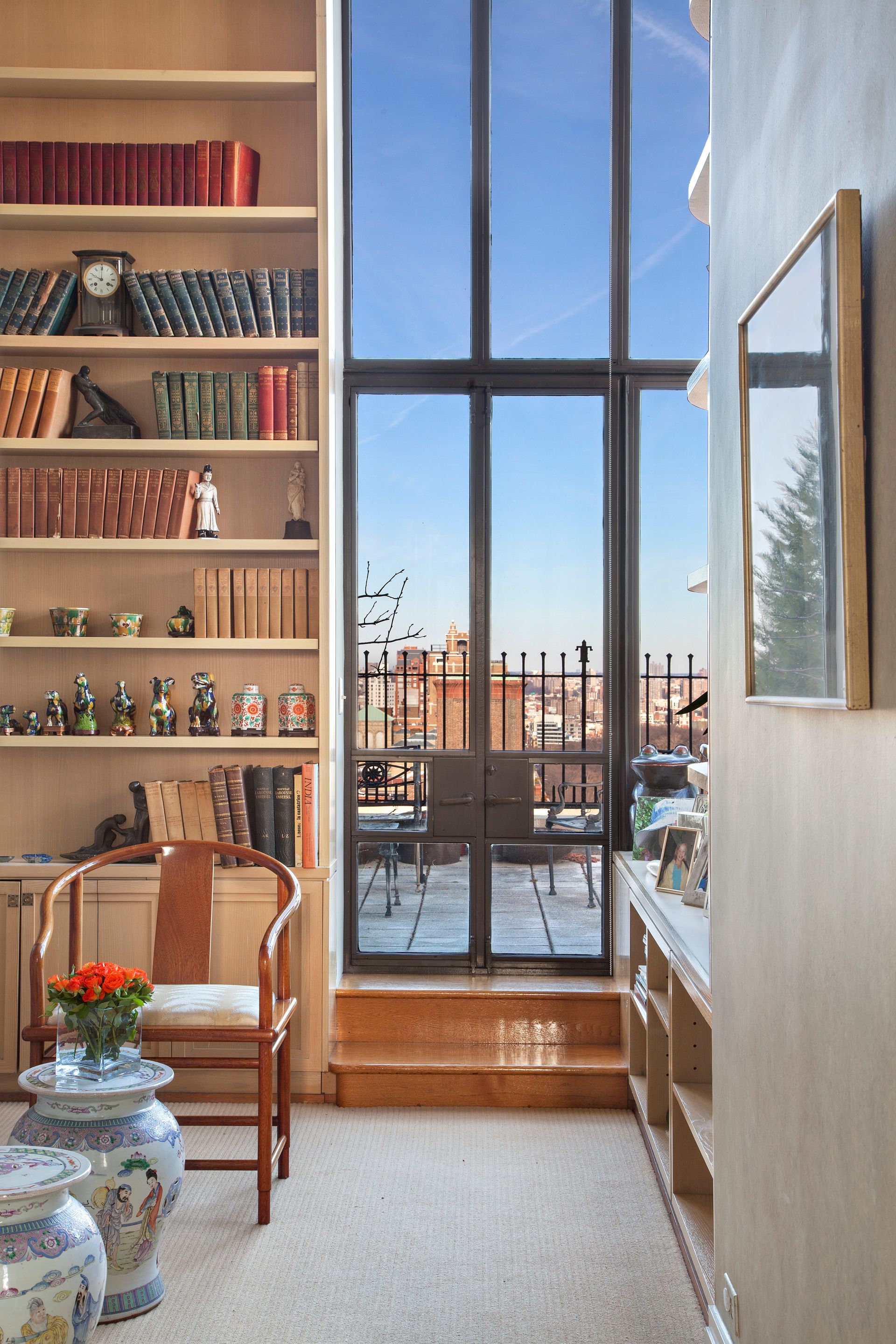 One terrace is accessed off the library.
Courtesy Stribling Private Brokerage 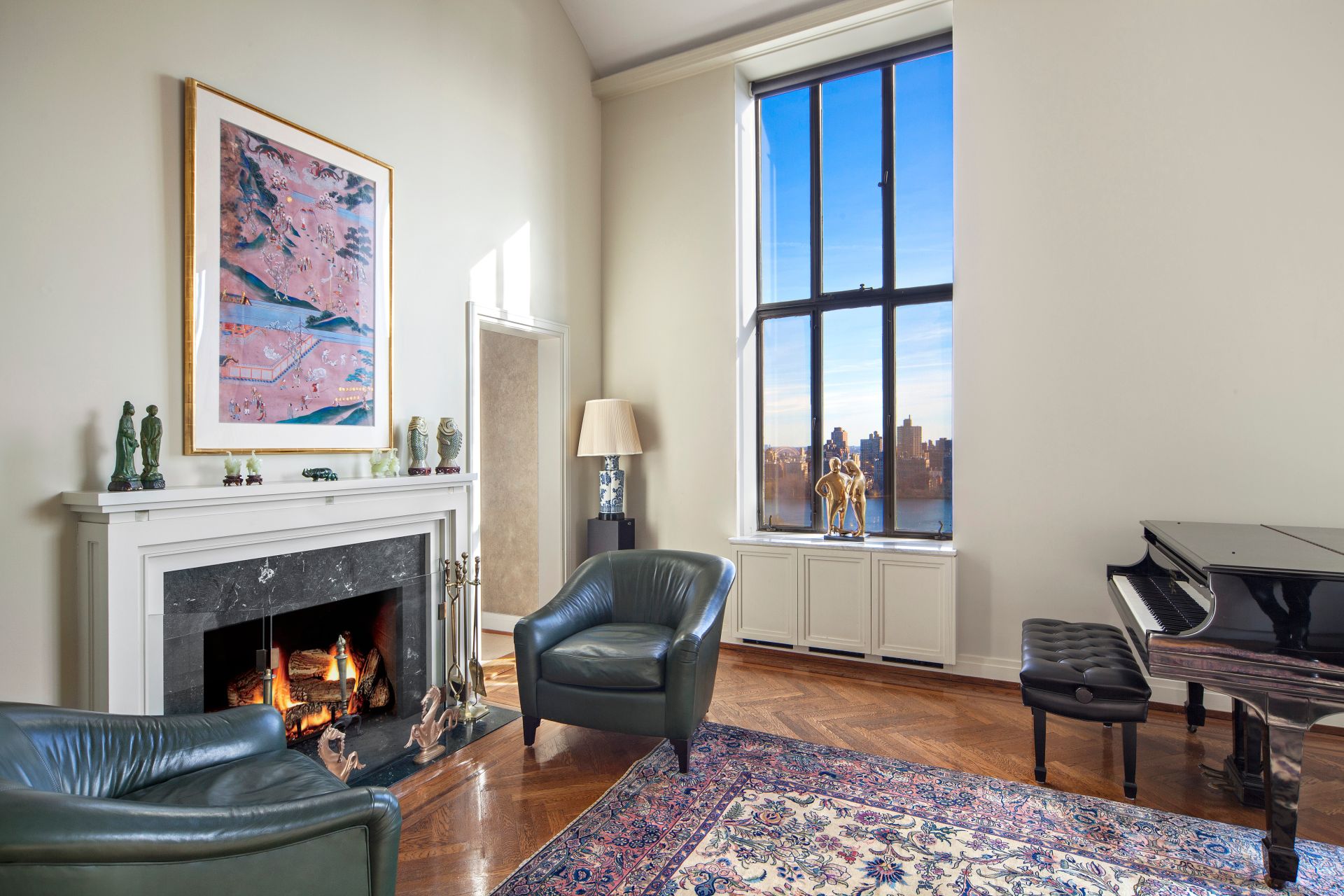 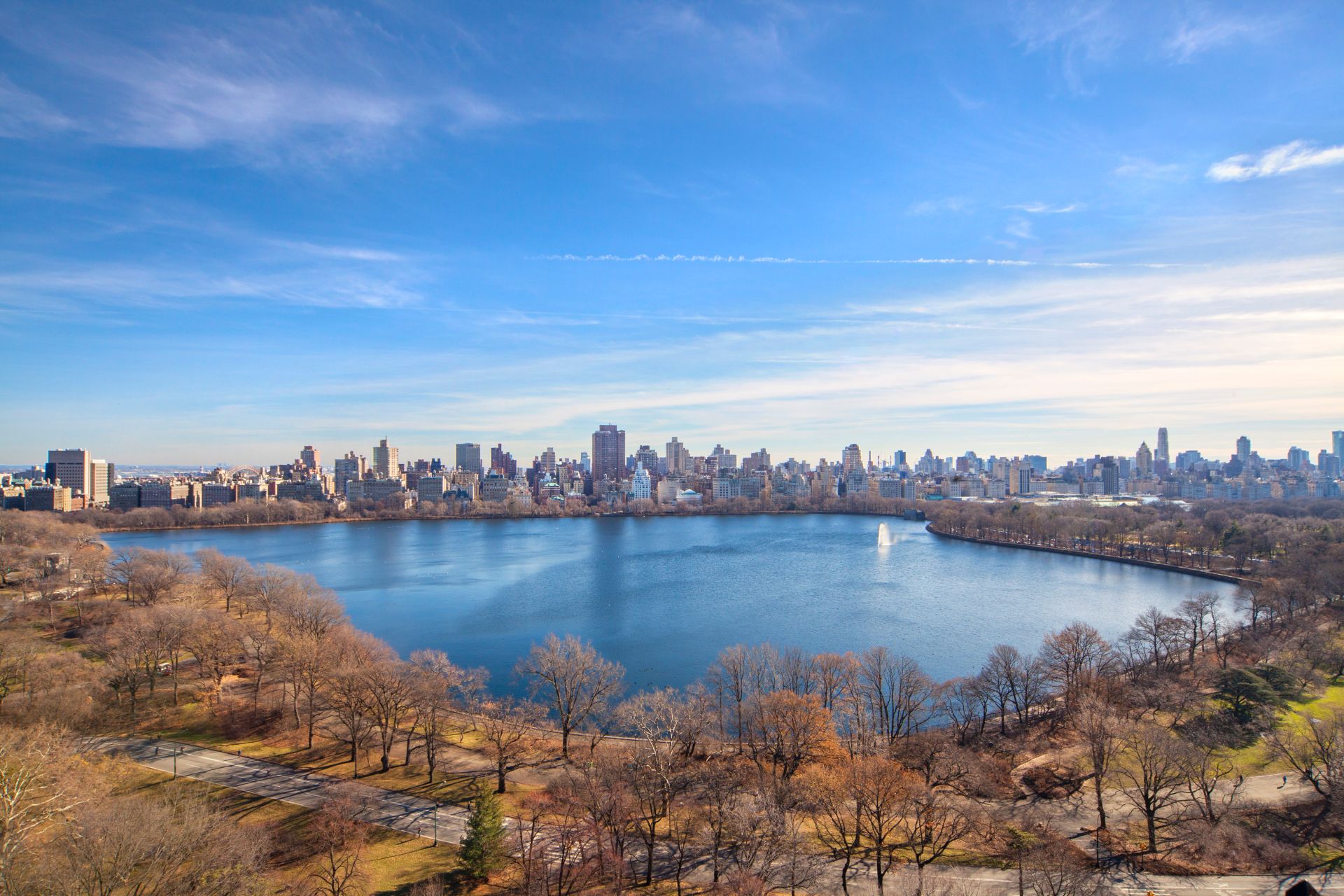 It's a perfect view of the reservoir.
Courtesy Stribling Private Brokerage 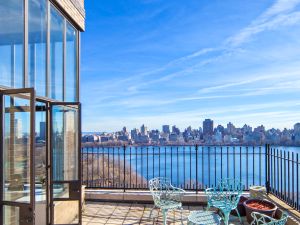 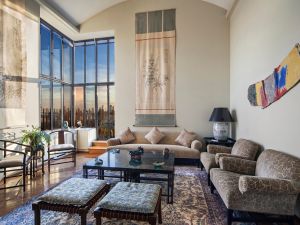 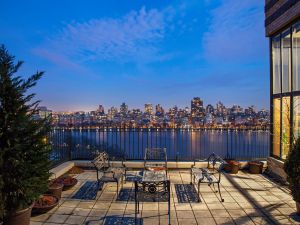 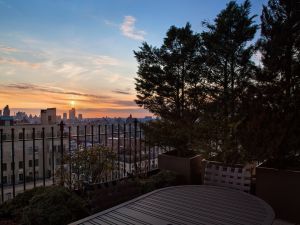 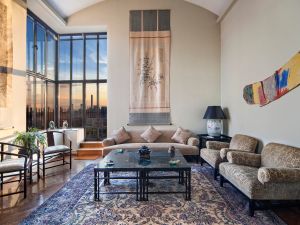 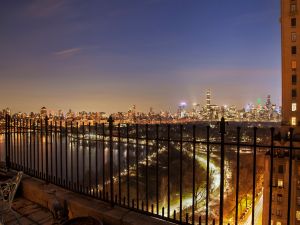 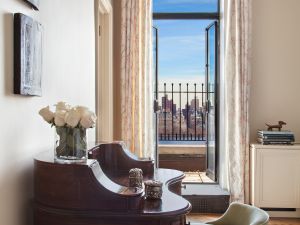 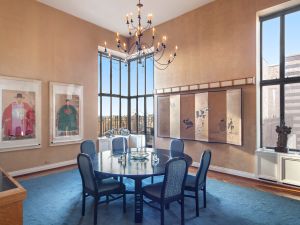 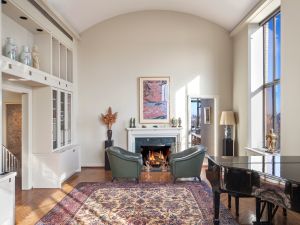 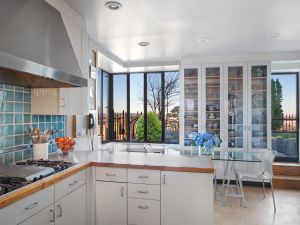 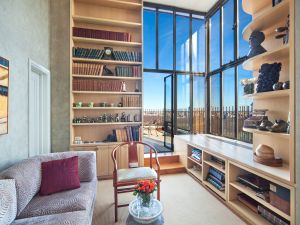 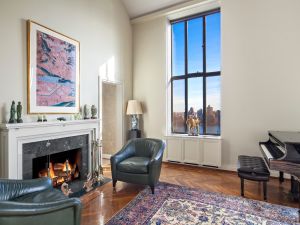 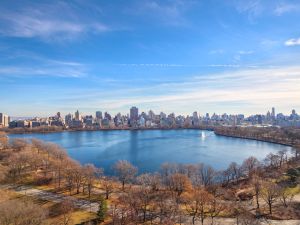 “I’m so glad the sun came out!” Stribling broker Alexa Lambert exclaimed, leading us through a penthouse at the Ardsley.

Opening the door to a sprawling, south-facing terrace, we understood what Lambert meant. To call it picturesque is an understatement—one has a perfect view of the reservoir, made all the better by the bright, sunny day creating a sparkling reflection off the .

“What’s really special is that these terraces are on the sides of the apartment,” explained Lambert of her $20 million listing, so residents still have park views from within the unit that are unobstructed by any terraces.

“At night, you can’t even believe you’re not in a movie,” said Lambert, walking back into the triplex, which spans the 21st, 22nd and 23rd floors of 320 Central Park West—we stood in the living room on 22nd floor, which possesses 15-foot ceilings and a wood-burning fireplace.

A north-facing terrace is accessed from the library, where one can spot the adjacent western penthouse. “That was Barbra Streisand’s,” Lambert told us. “It was on the market ten or fifteen years ago—it’s a great apartment, but it doesn’t have park views,” she pointed out. Streisand, however, ran into difficulty trying to sell her unit—Mariah Carey’s $8 million offer was rejected by the highly selective co-op board.

The formal dining room is separated from the eat-in kitchen, where stairs lead to the top level. Formerly three staff rooms, the sellers configured it into one large space. Along with a full bathroom and linen closets, they added a darkroom.

It’s a rare offering—the co-op hasn’t been on the market in thirty years, Lambert told us, walking down two flights of stairs to the bedroom floor, surrounded by a wraparound terrace.

The master suite has a walk-in closet, as well as a dressing area and bathroom with separate bathtub and shower. “It’s all the original tile,” Lambert told us, “which is pretty cool.”

As the sellers’ children are “all grown up,” they converted a neighboring bedroom into an office. The rest of the floor is comprised of two additional bedrooms, one with en-suite bath.

“It’s such a dramatic apartment,” Lambert pointed out, walking back up the stairs to the main floor.

“I think it has a lot of charisma—it’s for someone who wants something that nobody else has.” Not even Mariah Carey.