In November 2016, the Chelsea Hotel was sold to a group of wealthy investors for $250M — a tidy sum for the 250-room edifice. At $1M per room, the notoriously dingy artist’s squat fetched a price surprisingly on par with New York’s most opulent hotels, like the Waldorf-Astoria ($1.4M per room), Park Hyatt ($1.8M), Baccarat ($2M) and Four Seasons ($2.4M).

Of course, the Chelsea Hotel wasn’t always the object of hifalutin real-estate speculation. It was built as an affordable artist’s co-op (one of the first in New York City) by writer and architect Philip Hubert.

Hubert, a disciple of utopian thinker Charles Fourier, was largely responsible for pioneering the “co-op” housing model in the 1880s. He wanted to create a new type of dwelling that would address two of 19th century New York’s most chronic problems—affordable housing and social isolation.

Hubert’s first co-ops (called “Hubert Home Clubs”) were modelled after Fourier’s “grand hotels”, and replete with communal spaces. The Chelsea had many, including a shared lobby fireplace, a “roof promenade… dining rooms… frescoed sitting room… billiards room… corridors eight feet wide where residents could meet and linger comfortably in conversation”. Residents could enjoy more square footage here than in a private brownstone (the most common type of New York residence at the time) and the shared kitchens and heating systems cut down on costs too.

However, while Hubert had intended for his first co-op building to address “the poor man’s comfort”, most of the rooms were snatched up by middle- and upper-class New Yorkers. This was the great fear of Fourier, Hubert’s utopian idol, who believed that communities needed scholars and artists (not just well-to-do bourgeoisie) in order to thrive. While the bourgeoisie kept their communities financially stabile, scholars and artists would cater to the community’s “psychological and spiritual needs”.

Fourier envisioned a community where workers, scholars and artists intermingled — all sharing in domestic duties, but having the freedom to pursue their creative whims as well.

Fourier believed such a community would proliferate unlike any other in the history of mankind, saying he “would not be surprised if a full-fledged [grand hotel] produced a Milton or Molière every generation.”

After a string of successes with his early Home Clubs, Hubert set out on his most ambitious (and utopian) project to date: the Chelsea Hotel.

Like Hubert’s other co-op buildings, the Chelsea would have multiple stories, grand communal spaces, and a mix of long-term and short-term housing (the circulating cast of characters kept things interesting for long-term residents.)

Two things in particular distinguished the Chelsea from all of Hubert’s other co-ops. First was its scale: the Chelsea would be the largest residential structure in all of New York. The second (and most important) difference was the building’s artist-friendly design.

Opened in 1884, the Chelsea featured a variety of apartment styles, with sprawling twelve room flats for its wealthy residents and smaller, affordable ones for its resident artists.

Of the eighty original apartments, fifteen were set aside as artist’s studios. Placed on the top floor of the Chelsea, the light was perfect for painting: sunshine flooded in from the studios’ gigantic north-facing dormer windows. Writers too, were enamoured of the Chelsea’s stunning views and its cement-filled brick walls — three feet thick — that provided their occupational quietude, insulating them from the racket of other tenants (like the musicians and theatre folk) who soon flocked to the Chelsea.

Other people living at the Chelsea included the building’s developers (who worked with the “utmost fidelity” to ensure its success), financiers, traders, servants, retirees, young fops and dandies, newlyweds, bachelors and token eccentrics. As Chelsea Hotel historian Sherill Tippins puts it, “A population of such social diversity had never before lived under a single roof in New York.”

It didn’t take long for word about the Chelsea to spread. Artists were drawn to the “convivial” feel of the Chelsea and the “workshop atmosphere” that permeated its hallways, elevators, and dining rooms. The good vibes attracted artists for more than a hundred years: Residents included Samuel Clemens (pen name Mark Twain), Tennessee Williams, and Dylan Thomas.

Bob Dylan wrote most of Blond on Blond in Chelsea’s room #212. Leonard Cohen immortalized his #412 tryst with Janis Joplin in the aptly-named ballad Chelsea Hotel #2. Joni Mitchell wrote about her sunny flat in Chelsea Morning. After divorcing Marilyn Monroe, Arthur Miller holed up in the Chelsea. So did Gore Vidal and Jack Kerouac (who wrote On The Road at the Chelsea) for their legendary one-night fling.

Charles Fourier, the “grand hotel” grandfather, never lived to see the Chelsea. But his wild prediction that a hotel utopia could produce a “Milton and Molière” each generation was madly surpassed at the Chelsea.

Informal art colonies have always thrived in America (as I wrote about here) but none were as successful as the intentional community built by Philip Hubert.

After Hubert’s death, the Chelsea survived thanks to a string of surprisingly beneficent owners. Artists were often known to pay their rent with paintings or songs — or not pay it at all. As Chelsea’s long-time front desk manager explained:

“Everyone owed something…Twenty, thirty grand sometimes. There was a time you could go to any art opening [in New York] and everyone in that opening either owed us money at one time or another or still owed us money.”

The New York times reported in 1993 “there’s always room at the inn if he [then owner Stanley Bard] likes you.”

“New York has closed itself off to the young and struggling…New York City has been taken away from you…So my advice is: Find a new city.”

The Chelsea thrived because it stuck to Philip Hubert’s original vision: to house and nurture New York’s creative community — and do so while still being affordable and open to all.

It is unlikely that the Chelsea will house the next wave of American creativity (the hotel was closed in 2011, and the new owners are converting it into a pricey boutique hotel. Many of the rooms, including Bob Dylan’s, have since been destroyed.)

Yet while New York city’s greatest art colony is all but dead, its structure and ethos continue to enrich American culture — albeit in a different way, and on an entirely different coast.

The contemporary phenomena of “startup accelerators” don’t look (or smell) much like the Chelsea. For one, they don’t attract bohemian artists — they attract technology entrepreneurs.

The managers of startup accelerators typically give a group of 20–100 entrepreneurs a nominal investment (enough to live on for several months…affordable housing ✅) and organize frequent meet-ups in order to trade ideas and criticism about their projects (through dinners or shared housing…creative community ✅).

Paul Graham, the father of the startup accelerator model, conceived the idea as a new way to invest in startups. Generally, investment firms will fund a startup whenever a good one crosses their path. What makes startup accelerators so effective, argues Graham, is that they are “funding startups synchronously, instead of asynchronously as it had always been done before.”

By having a bunch of smart and creative people working on new projects, simultaneously, bashing their brains together — and not having to worry about the rent — startup accelerators give entrepreneurs a sense of shared purpose and community that has proven, like the Chelsea, wildly successful.

Graham’s own accelerator, Y Combinator, has launched startups like Airbnb, Quora, Reddit, 9GAG, ProductHunt, Dropbox, Twitch, Codecademy, Heroku, Scribd, Instacart and BoostedBoards. Not only has it helped shape internet culture, travel, transportation and myriad other industries, but the companies in its program have generated billions and billions and billions of dollars.

Unlike the Chelsea, startup accelerators profit from the work being done by their members. Paul Graham takes a small stake in all of the companies that he funds, and his own net worth is now in the hundreds of millions (to quite possibly, billions) of dollars.

Yet despite the lucrative returns of Y Combinator and other startup accelerators sprouting up around the USA (like TechStars, 500 Startups, AngelPad and SeedCamp) no ambitious community-building projects exist for American arts like they do for American tech. While most talented tech gurus can find a startup accelerator to join (and fund them), aspiring artists are told to get a bedroom in Brooklyn or move to Iowa for an MFA — both of which cost upwards of $40,000 a year and don’t come with a patron.

As the political currents shift even more strongly against the American arts, it’s worthwhile to remember that even if you hate all the art ever produced by alumni of the Chelsea, you can still make a purely financial argument for its continued existence.

Summing up the net worth of the Chelsea’s most famous residents (which disregards their downstream economic impact — after all, a company’s net worth goes beyond the net worth of its CEO) the Chelsea Hotel was responsible for more than 2.1 billion dollars of value creation while it was open.

That estimate is only going off of the net worth of the artists themselves — not all of the downstream albums or paintings or ticket sales they contributed to (i.e. a single painting by Pollock fetched $200M and Kubrick’s 2001: A Space Odyssey took in more than $190M at the box office. A single room of de Kooning paintings was estimated to be worth as much as $4B.) The funny thing? Despite their obsession with wealth, most startup accelerators don’t even come close to matching the economic impact of the Chelsea Hotel — much less its cultural impact.

At the Chelsea, it was a pretty smart move to accept a painting in lieu of rent. The real question is — why in America is that no longer possible?

Post-script: This piece quotes liberally from Sherill Tippins’ great history of the Chelsea hotel. Definitely also read Patti Smith’s spectacular Just Kids — the best authority on what it was like to be an artist at the Chelsea. Some other stories about art colonies: Picasso’s art colony and my story about the Provincetown dune shacks.

Joe MacNeil is a writer from Montreal, the most bohemian city in North America. You can help fund his writing here. 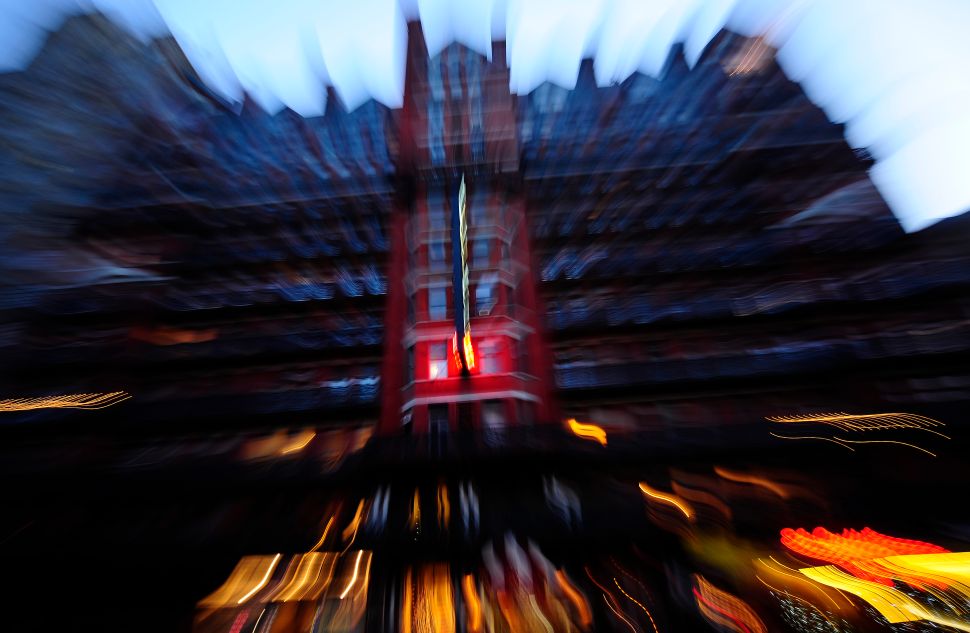