“Everybody here is really stressed out,” says art dealer Marianne Boesky when I ask what she’s up to. She’s opening a gallery in Aspen next month, her first outside of New York City, while also mounting her third show with Arte Povera pioneer Pier Paolo Calzolari, an artist she essentially brought back to the art world’s notice after his decades-long self-imposed exile. But for the energetic Boesky—”I feel like sitting still is a little bit like temporary death,” she says—this is pretty much the norm.

The Calzolari works will fill the entire Marianne Boesky Gallery, which must now be one of Chelsea’s largest. She leased the building next door to her original Chelsea space, on 24th Street, last year and has just finished integrating the two buildings. (“There’s always more art, there’s always more real estate and there’s never really peace of mind,” she says of the decision last year to shutter her Lower East Side space and rent this one instead.)

And while many gallerists work hard for their artists, and work hard to cultivate new ones, her journey to convincing Calzolari to show work again was borderline Sisophysian.

She located the septuagenarian artist via a mutual friend who got his contact info from a colleague in Italy, where the artist was living in a remote part of the countryside, having become “disillusioned with the whole art and commerce thing,” she said. “He was a self-described bear in a cave.” It took a year to convince him to meet her, but even when she arrived at his studio—three hours from any other accommodations—she was turned away.

“I come in and an assistant comes out and says ‘I’m so sorry but the artist cant see you,'” she recalls. “We were told ‘bye.'” As she was about to turn away, she made eye contact with a bearded figure in the background, a cloistered European artist type, straight out of Central Casting.

“We started talking and ended up spending about nine hours together,” she says. The next day, she was so excited at the prospect of representing him, she sent an email, in English, knowing that she should have waited for the translation but unable to contain her enthusiasm. He responded immediately, in English. Apparently he’d been able to understand what she said all along.

In New York City recently to hang the new show, opening tomorrow, Calzolari explained his relationship to the art world, and to Boesky. He’d retreated, he said, because “the last 30 years there’s been a kind of decadence, like a psychological virus. I see a copy of a copy of conceptual art,” in gallery after gallery, he says. “This annoyed me a lot.” Working with Marianne was liberating, though. “She never said that something wasn’t possible; she did not interfere.”

His work in the current exhibit, which Boesky’s gallery manager explains is set up to evoke “a chapel,” an effect created by covering all the skylights in the gallery and setting the pieces in triptychs at times, was mostly made in a small studio in Lisbon, recently. She has shown Calzolari twice before, but this is the first presentation of all new art. Paintings and mixed-media pieces in different tones fill all of the white-walled rooms of various scales, which are maze-like, perhaps due to the unconventional real estate set up. The result is a pleasant, unscripted journey through Calzolari’s recent work for the viewer.

What does he hope viewers get from the show? “A hope for an artist is always a presumption,” he says, but he would like people to view the works on their own, bringing as little interpretation in with them as possible. This, he admits, is not easy. “It’s not so simple to look without preconception.”

“A lot of people have gotten the bug for his work now,” Boesky says. When she did the Calzolari show in collaboration with Pace in 2012, the artist had not shown in New York since 1988.

Of course, Calzolari is not Boesky’s first “discovery” or re-discovery, if you ascribe such abilities to gallerists. She was showing Takashi Murakami early in his career, and represented Lisa Yuskavage until about ten years ago. Their departures—and the glee with which that was met by some in the art world—had a serious effect on Boesky.

“It really devastated me,” she says. In her then-new Chelsea space, her first two shows were Murakami and Yuskavage. “I had a whole bunch of payments that relied on these shows that were planned and they left at a completely debilitating moment for me.”

Her candor extends to all aspects of the art business, a rarity from gallerists, who often seem to pretend that their business is all fun and games and hanging out with artists, and not, well, an actual business. But if you ask her about the experience of starting and running a successful gallery, she’ll tell you plainly that it is at times heartbreaking.

“Everyone assumes I have tons of money because of my last name,” she says. Her father, Ivan Boesky, was the Wall Street trader upon whom the character Gordon Gecko was based. “I had a lot of haters, a lot of people were really happy to see me lose my biggest artists.”

But a decade or so and a couple more real estate deals later, Boesky is as optimistic as ever. She’s never been one to get hung up on change—in fact, she’d prefer to keep things churning.

On March 8 she opens a show with Frank Stella and Larry Bell, who’ve worked in tandem for years, she said, but never shown together, in her new Aspen space. And she meant to cut down on art fairs in 2017, but, upon checking her schedule for the year, realizes that she’s booked as many as she usually does. She represents 30 artists and they all require special attention.

But by now, she’s learned not to take what they do personally. “Each artist has one career,” she says. “And each gallerist has a dozen, two dozen.” 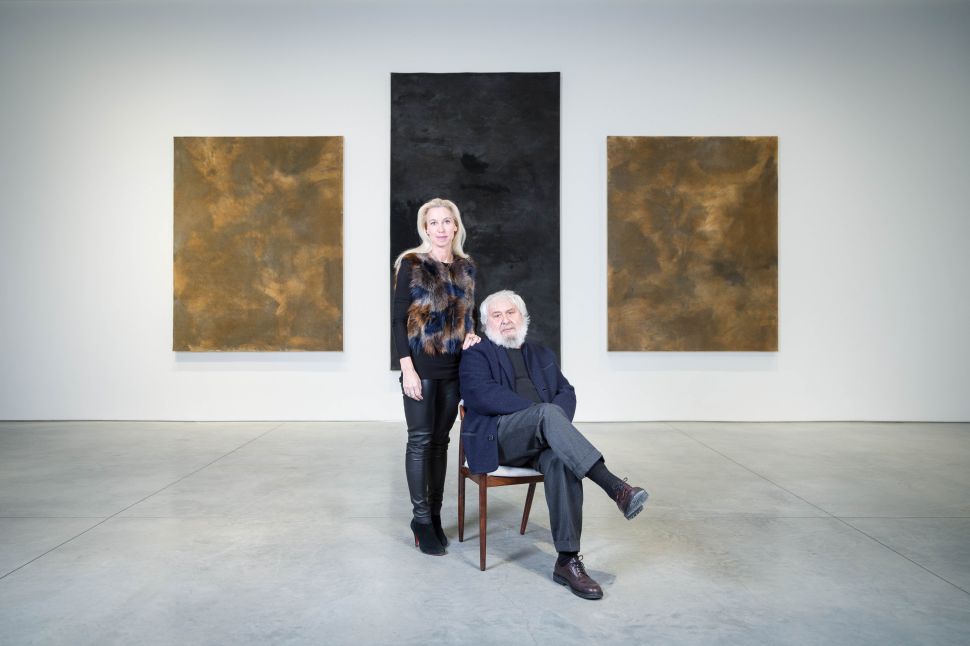