“We survive only by our nature,” declares Chad Ubovich on Meatbodies‘ theatrical trip of a second record, Alice.

Ubovich made it clear that his nature was writing songs three years ago when the first proper Meatbodies LP dropped on In The Red. But before then, he’d cut Chad and the Meatbodies on the side while playing bass, then guitar for Mikal Cronin, ripping it up with Charlie Mootheart all the time in both Mootheart’s solo thing and, of course, with Ty Segall. Even the devoted acolytes can’t keep track of how creatively incestuous these dudes are. All we need to know is the friends are family.

When I spoke with Ubovich and Mootheart last year bout the second helping from Fuzz, their proto-metal space-riff pasta entrée featuring Segall on drums, Ubovich was enjoying the communal band breakfasts. Now he’s got Patrick Nolan and Kevin Boog in the Meatbodies fold, manifesting his boyhood dreams of warped theatrical, operatic grandeur into a cryptic narrative called Alice that mirrors the destruction of the “sacred feminine” energies, as popularized in countless ancient corners of spirituality and nature.

But Alice is no goddess Shakti, either. Waves of proggy hyperaxis clamor, only to mellow into circus organs or funky riffs and grooves so tasty that they fall off the bone. Conceived in Ubovich’s dome on that last Fuzz tour while the fields by the mystic river were set ablaze by scorched earth politics and branded, commercially bliterpacked businessmen, this guy thought he was writing a pop album. But something else emerged from the swirling gyre.

I caught up with Ubovich again a couple of weeks ago over the phone, only interrupted by two cats fighting in a field, to talk about his headiest and most ambitious sonic vision yet.

You know what’s really weird? They call, and they’re not real anymore.

They have that real voice though, with a first name.

Yeah. They have a real voice and they react to the things you say in a real way. But it’s definitely a robot.

[Laughs]Probably, yeah. Pretty soon that job in India is gonna be gone.

Listening to this record I’m kind of reminded how vague of a label “psychedelic” really is when we talk about music in general. It fails when describing the ability of yours to come through so many different sounds on this record. How do you live with all those different sounds at once in the process without losing your mind?

You’re right, the term “psychedelic” is so vague, I think it’s become a kind of scapegoat for people when there’s music that comes from California. [Laughs] And they don’t really know. “There’s guitars, there’s not autotune. What is this? Let’s look over here! There’s this guy and he plays what they call ‘garage music,’ he’s influenced by ’60s psychedelic bands…let’s call this psychedelic!” But I don’t think that’s ever the intention. I appreciate the term psychedelic because there’s a big influence of that music in my realm, but “garage” is kind of weird.

Well I could call some of “Fools Fold Their Hands” psychedelic in the vein of the Jefferson Airplane, but they considered themselves a blues band.

“A dedicated jug player who feeds everybody acid and tries to be Timothy Leary. That’s psychedelic.”

Maybe it’s the flaw of the music journalist that we always need to codify it, to make a frame for where to steer a discussion or how to lead something a certain way. But people aren’t used to disassociating anymore. It fucks them up.

Yeah man, totally. And in my mind, the only real psychedelic band would be The [13th Floor] Elevators, you know? Weren’t they the only band that really coined themselves and said, “we’re a psychedelic band”?

Well Roky went to the loony bin and that other dude passed away. I feel like if you have a dedicated jug player in your band you can get away with the label.

Yeah, a dedicated jug player who feeds everybody acid and tries to be Timothy Leary. That’s psychedelic. [Laughs] I saw The Elevators at Levitation Fest, what was it, two years ago? It was all the original members minus Stacy, ’cause he’s dead. I snuck into the photo area for about seven songs and I didn’t need to see much else.

I heard started off really sloppy and eventually got into the groove.

It’s been reported that Dick Dale needs to tour to play his medical bills and so he wears a catheter onstage while he plays, which made me really sad.

But you and the guys are living a “better to burn out than fade away” mentality about doin’ it on the road it seems. Balls to the wall just fucking going for it, not dragging shit out.

Someone told me a story about the dude from Silver Apples [Simeon] playing recently, and he just passed out while he was playing. They were trying to revive him, nudging him and he just stood up, said “Fuck off, I’m still playing!” Those kind of stories make me think, “hell yeah, that rules.”

Simeon’s a really interesting guy, I interviewed him late last year. And more to our point, he didn’t consider himself to be playing psychedelic music either. He grew up on Fats Domino and shit. He’s from Tennessee.

Yeah, dude. I guess I’m trying to understand the point at which an artist makes that leap into the unknown, you know? So who is this “Alice” and why is she the master of all the animals?

[Laughs] I like that one, shit. Fuck yeah. Alice is supposed to pretty much be this representation of Mother Earth. But it embodies a lot of different theories and ideas—femininity, hedonism, paganism and their worship of nature—it ties all of that together and makes it more of an idea than a goddess.

You’ve said before that the opening song cycle on Sabbath Bloody Sabbath taught you to love Opera and operatic the song cycles that a good record can present. Are you playing with that idea on Alice with regard to form and structure?

I am. I wanted to write a concept album, I wanted to be more operatic, and that’s what’s funny—people say this is psychedelic, but I wanted to write a pop album. I think I failed. [Laughs] But to me, this is a pop concept album, jumping more into the realm of the dramatic, the operatic. I’m a huge fan of a lot of the progressive bands, like Rush. And of course I’m a big fan of David Bowie’s work. But Bowie was also influenced by a lot of theater, and I feel like I understand that more because I was raised in the theater. It just comes as second nature to me.

You’ve been called a great “rock strategist” and to that point, I think this record does a great job at balancing out those dramatic moments between songs. On “Gyre” you say “I am the sum of a terrible something.” Is this album the sum of all the sonic hats you’ve worn? All the different styles you’ve been absorbing on the road?

I honestly think that this album was just me kind of giving a shit, and wanting to give a shit. A lot of the concepts on this album started while I was on the road with Fuzz, and there was a lot of crazy stuff going on at the time, before that, when we made Fuzz. I’m talking politically, socially, and worldly. There were a lot of things going on when we made that album, and then when we went on the road with that album, there was even more going on. It was crazy, just watching the news all the time. I just wanted to say something about it, and started conceptualizing this story. I knew I wanted to make a story, or a loose story at least. Now that this is coming out and things are even worse in the world, I think it’s very fitting. But this isn’t a statement, it’s not a cure.

I don’t think you have to be proposing a solution. On Tim Presley’s last record [as White Fence] he has that song “Sandra (When the Earth Dies)”, which put me in a similar natural headspace. Presenting a problem facing nature almost with a reporter’s objectivity, not having a solution but just holding a mirror to the destruction of the sacred feminine.

I think you got it.

[Hissing can be heard in the background]

Whoa! I am literally watching two cats fight right now. You hear that? [Laughs] Shit. Hey, get the fuck out of here, go! I had no idea what that was, just walking in this field and hearing those noises. It scared me! Sorry about that, go on.

Do you still get band breakfasts? I know that was a collaborative piece of spending more band time together during the Fuzz tour. Did that experience bleed into this process at all?

I think so, yeah. I wanted to make this album with the dudes in Meatbodies, and I definitely had most of the concepts and songs down, but Patrick singing on some of the songs and bringing in some stuff. And we definitely did feed off each other more for this album. The communal thing is there.

You’ve said that you originally started Meatbodies out of boredom, you’d come home from these long tours and want to put your energy someplace positive. What’s keeping it going now that you’re such a busy dude?

I don’t really have anything else to do! It’s not really a necessity, it’s just something that I have to do because I kinda suck at everything else. [Laughs] I can’t really focus on other things. It really doesn’t come naturally to me. I just have to write songs, and whatever that means, whatever project that means, I’m down. And if that means that people don’t like it, I’m down as well. I just wanna do it. 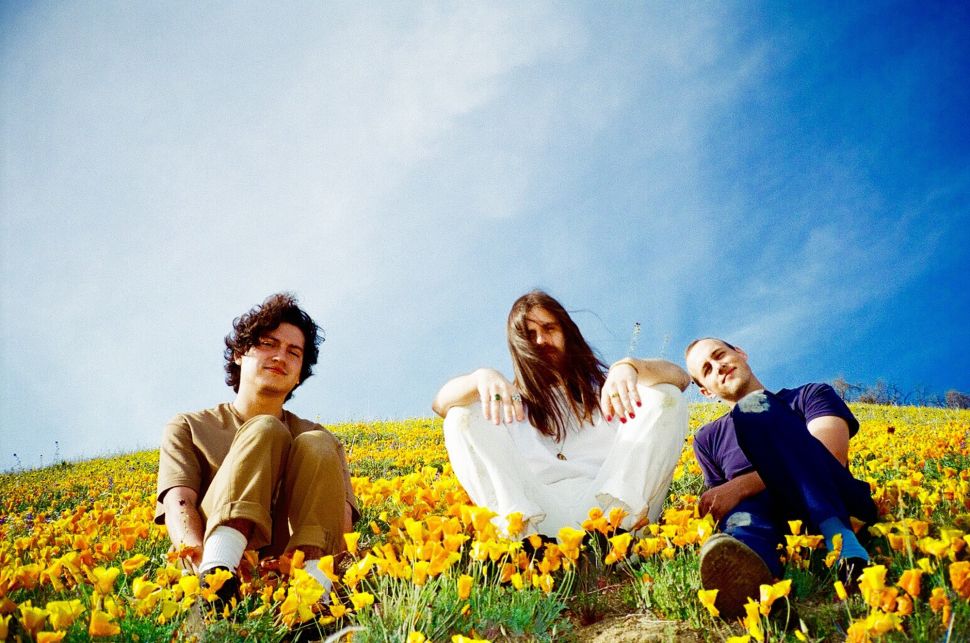