On the eve of the 89th Academy Awards, it seems Meryl Streep and Karl Lagerfeld have found themselves in a bit of a tiff. And it all has to do with a Chanel couture gown.

According to WWD‘s fashion scribe Bridget Foley, Streep custom ordered a gown to wear to the Oscars, requesting a slight design tweak to “an embroidered gray silk gown.” She simply asked for the neckline to be cut a bit higher and Lagerfeld’s team began work on the fancy frock, which reportedly came with a hefty $105,000 price tag. Of course, that price was waived for the award winning actress. Then, a phone in the Parisian atelier rang.

“‘Don’t continue the dress. We found somebody who will pay us,'” Lagerfeld said, quoting the person on the other end of the call. Apparently, the actress found a brand who would not only make her a dress for the Academy Awards, but they would pay her to wear it, too. As a policy, Chanel does not pay talent to wear their clothing on the red carpet.

“We give them dresses, we make the dresses, but we don’t pay,” Lagerfeld affirmed. He then went on to drag Streep, saying: “A genius actress, but cheapness also, no?”

The dramatic tale doesn’t end there. Streep’s representative refuted the story to The Hollywood Reporter, saying it is “absolutely false” and “against her personal ethics to be paid to wear a gown on the red carpet.”

Regardless, we have a feeling that Streep will not be rocking Chanel to attend this year’s Oscar ceremony, which marks her 20th nomination. 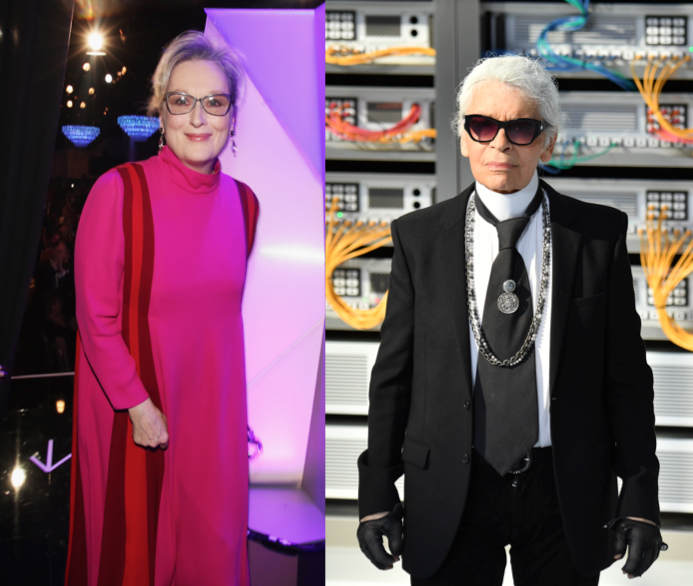