Suicide is so hot right now—at least at the Metropolitan Opera, where tenor Vittorio Grigolo’s ecstatic performance in the title role of Massenet’s Werther Thursday night left the audience gasping, weeping and finally roaring with bravos.

The 1892 opera is based on Goethe’s proto-romantic novel The Sorrows of Young Werther, in which a hypersensitive young poet, shattered by rejection, takes his own life. So intense was the public reaction to this 1774 work that an epidemic of copycat suicides swept Europe in its wake.

Or that’s the urban legend, at least. And up until now, it was difficult to believe the Massenet opera, with its watered-down plot and facile melodies, could inspire any sort of passion, let alone life-and-death stuff. But Grigolo penetrated to the core of the material: obsession, despair and, curiously, an almost childlike sweetness.

His voice, not classically beautiful, boasts a vast dynamic range, from ethereal piano tones to great throbbing cries on high B-flat and B. He attacked these notes so vigorously they had the spine-chilling effect of screams of pain, though they always sounded free and solidly on pitch. In contrast to some of his early Met performances, he has developed into a conscientious musician. His sensitive phrasing in the climactic aria “Pourquoi me réveiller” highlighted the character’s vulnerability: Werther, it seemed, was just too fragile to survive in so harsh and unforgiving a world.

Grigolo’s vigorous onstage physicality is something of a trademark, and, true to form, his Werther was constantly in motion, lurching and clutching at his head as if it were about to explode from an overload of feelings. When, after shooting himself, Werther collapsed to the floor, his very stillness seemed shocking, downright unjust.

Fortunately the tenor has both the presence and the energy to sustain this opera as a one-man show, because the rest of the cast was on autopilot in Richard Eyre’s pointlessly fussy production. Most disappointing was Isabel Leonard as the object of Werther’s obsession, the married Charlotte. Her silky mezzo and patrician good looks went for little as mushy diction and and sullen acting reduced the character to a one-dimensional whiner.

Among an undistinguished supporting cast, the standout (for all the wrong reasons) was Anna Christy, whose matronly figure and tarnished soubrette tone made nonsense of her casting as Charlotte’s younger sister. Edward Gardner’s prim conducting offered crisp rhythms, if little acoustic allure.

Even Eyre’s lurid staging of the suicide scene made sense with Grigolo in the show. When Jonas Kaufmann offered his cerebral take on the part here three seasons ago, it looked like a bad slasher movie. But when Grigolo’s gunshot wound first soaked his shirt, then his face and hands, and finally even Charlotte’s dress, the effect was heartbreaking.

Just as it should be, in fact, when the Met has the honor of showcasing so red-blooded an artist. 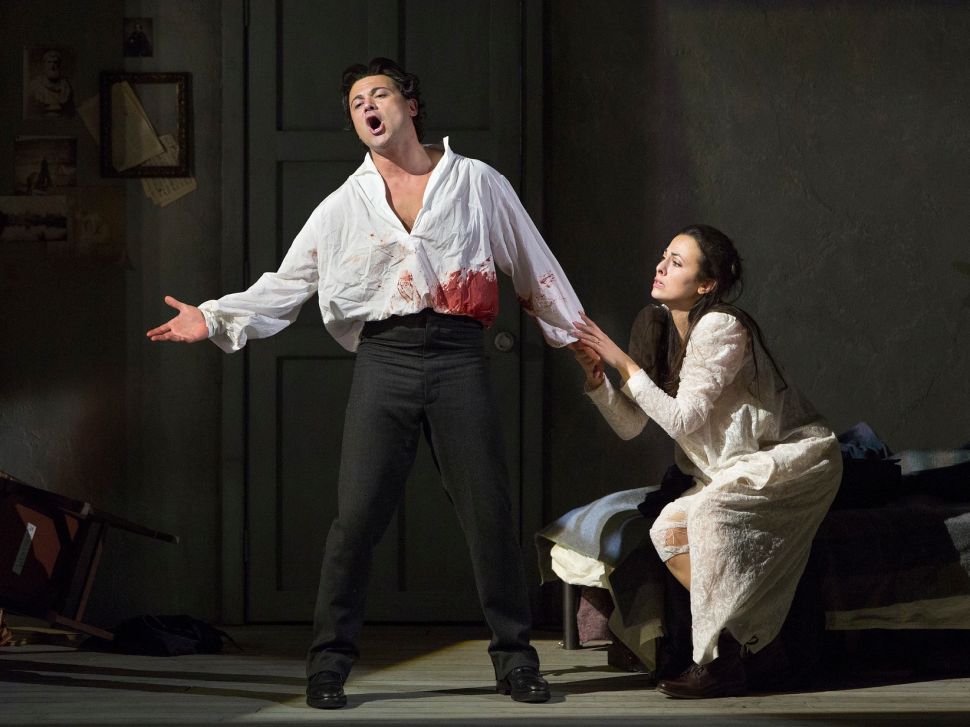