This morning, Ashley Graham was the first-ever plus size model to walk in a Michael Kors show.

That is a major milestone for the model, who has become an industry darling. It’s a bit sad that it’s taken this long for Kors to put a woman that isn’t a straight sized in his show, but regardless, the model looked just plain stunning, rocking a lush grey fur coat and a black knit rib dress. With her hair simply parted in the middle and a face of minimal makeup, Graham’s natural beauty was emphasized at the Wednesday morning fashion show.

On Tuesday she attended the Coach show and was spotted at Prabal Gurung’s politically charged fashion show, where she was perched front row alongside Diane Kruger, Sarah Jessica Parker, Ilana Glazer and Huma Abedin. She was also revealed as the face of Gurung’s plus-size collaboration with Lane Bryant. The campaign, which was shot by Inez and Vinoodh, was released on Valentine’s Day, to much fanfare.

What else has Graham been up to lately? Oh, she also landed the cover of Vogue‘s diversity issue. She shares the front of the March 2017 issue with Liu Wen, Kendall Jenner, Adwoa Aboah, Imaan Hammam, Vittoria Ceretti, and Gigi Hadid.

“Sixty-seven percent of the women in America wear a size 14 or larger,” Graham told Vogue about her visibility as a plus model. “Sixty-seven percent. Maybe you could ignore those consumers before, but now, thanks to social media, they’re making their voices heard. Women are demanding that brands give them what they want. And what they want is to be visible.”

My new @swimsuitsforall collection is here! Available in sizes 6 – 22. See our ad in @SI_Swimsuit 2017! #AshleyGrahamxSwimsuitsForAll Use link in my bio to shop the new collection!

The model also returned to the Sports Illustrated Swimsuit Issue for 2017, donning a skimpy bikini in an editorial. An ad featuring the model, for her collaboration with Swimsuits For All, is also included in the issue. And if you want to see more from Graham, tune into VH1’s America’s Next Top Model to watch her on the judging panel alongside Rita Ora, Paper‘s Drew Elliot and stylist Law Roach.

Graham isn’t the only plus model having a good month; Candice Huffine and Marquita Pring were both cast in the New York Fashion Week shows of Tome and Prabal Gurung. They also walked with six other plus-size models in Christian Siriano’s spectacle at the Plaza; the cast of which also included internet sensation Iskra Lawrence, Saffi Karina, Precious Lee, Michelle Olson and Sabina Karlsson. 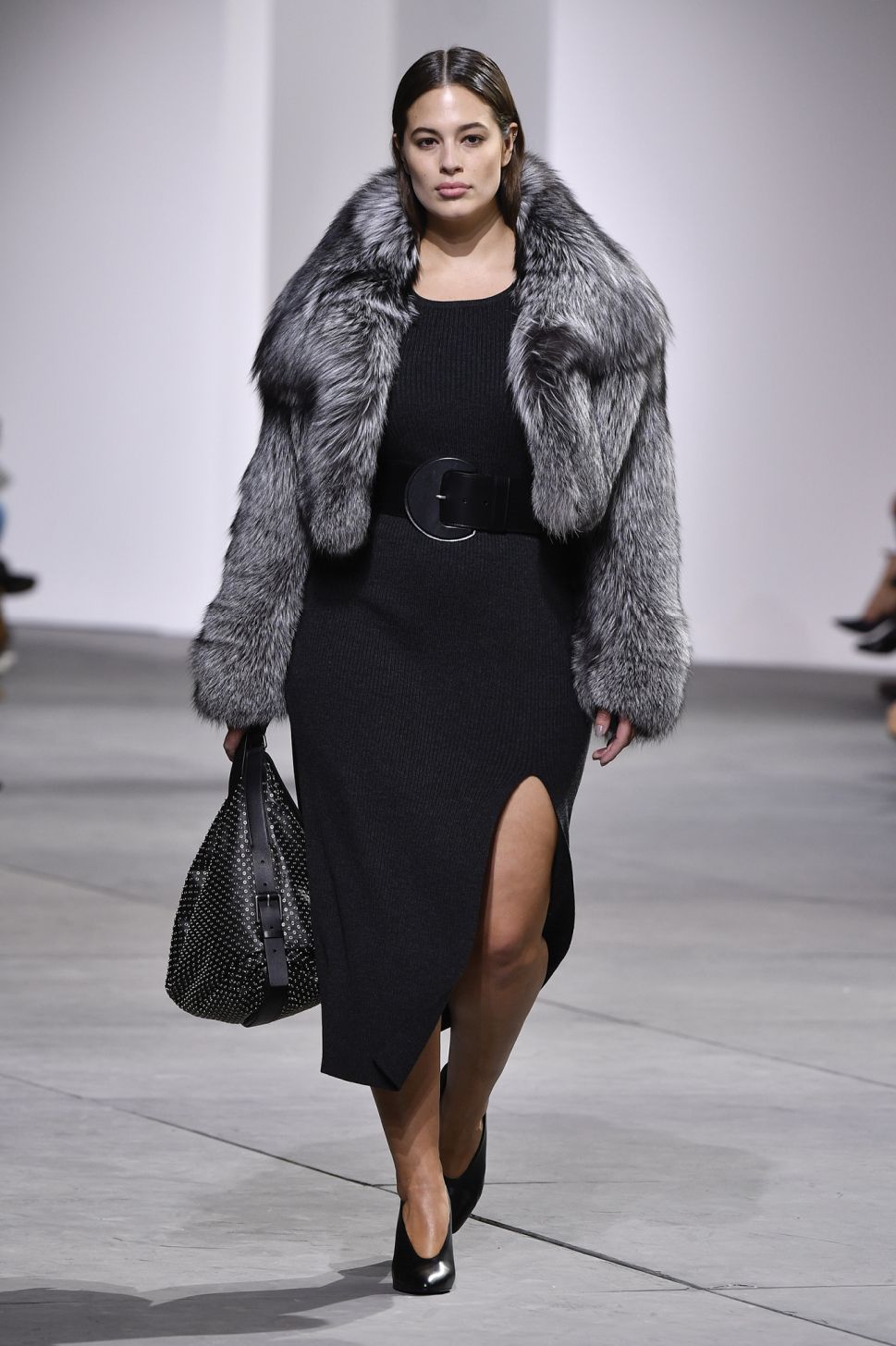