PolitickerNJ has learned that Monmouth County Freeholder Thomas A. Arnone (R, Neptune City) has decided against running for the General Assembly in the 11th legislative district.

This is a blow to Republican hopes to take back the Assembly seats, which flipped to Democratic control in 2015 when Joann Downey and Eric Houghtaling shocked political insiders by edging out incumbents Mary Pat Angelini and Caroline Casagrande. Fewer than 300 votes separated 2nd place Downey from the widely liked and hard-working Angelini in 3rd place, but it was enough to send two Democrats to Trenton to join fiery Republican Senator Jennifer Beck in an awkward 11th District embrace.

The district varies widely, covering the tony towns of Red Bank to the recovering-but-still-struggling Asbury Park.

Tonight, Arnone – the big dog on the all-Republican board – will host a $500 per person fundraiser for his county account at the Navoo Grill in Fair Haven, where he is expecting to extract a tidy sum from more than 60 attendees. He started T. Arnone’s Landscaping and also was an executive at West Long Branch property management company PRC Group. Before becoming a freeholder, Arnone served on Neptune City Council for six years before becoming mayor from 2004-2010.

Arnone’s decision not to seek the Assembly seat surely reflects the realities of the political landscape. With Phil Murphy expected to secure the Democratic nomination for governor, the Republicans are looking at recruiting candidates who will have to run against a Monmouth County candidate at the top of the ticket who has the money and political apparatus to spend freely on voter turnout. With Gov. Christie term-limited and struggling with low approval ratings, it’s possible that promising Republican candidates would prefer to wait until 2019 to take a shot at the Assembly.

Questions about Jennifer Beck’s hold on her seat have cropped up as well, as they always do in a mixed district. According to one highly placed GOP insider contacted by PolitickerNJ, “I think [there will be a] very very tough multi million-dollar campaign against her from Sweeney et al but she survives battered and bloodied.” 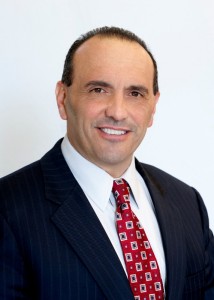