The tech world, specifically in NYC, is not putting up with President Donald Trump’s recent executive order on immigration, which bars people from seven predominantly Muslim countries from entering the U.S.

On Monday, more than 400 leading executives and investors signed an open letter to President Trump detailing the long-term humanitarian and economical damage the ban could have on the country and urging him to rescind it. The letter—sent by Tech:NYC—was mailed to the White House on Wednesday, but not before another 1,600 technology workers joined the cause. By the time it was sent, the letter had a total of 2,035 signatures, mostly from top executives and founders.

The letter begins praising the diversity of NYC and detailing how that drives innovation. It dives into the concern that the executive order will “send a dangerous message to all immigrants that they are not welcome here:”

America has long provided homes and futures to millions who dared to share in our collective dream. There is nowhere this is more true than New York City—home to Ellis Island, the Statue of Liberty, and more foreign-born immigrants than any other city in the world. Your executive orders suspending entry for citizens of certain countries, even those who currently have legal status, along with limiting the refugee program, threaten those immigrants who are our current and future neighbors, friends, colleagues, customers, and even bosses. Their presence is a crucial ingredient that sets New York City apart and a fundamental reason why we have all chosen to build our careers and companies here.

The letter also cites economic reasons for rescinding the order, assuring Trump he can achieve security without it:

In addition to all of the humanitarian reasons to welcome refugees, it is dangerous to discourage immigration when the facts show that immigrant entrepreneurs play a significant role in the American economy. Immigrants are more than twice as likely to start a business as the native-born population. Immigrant entrepreneurs started, in whole or in part, some of the most important technology companies of our time including LinkedIn, Tesla Motors, Zipcar, Google, Intel, Yahoo!, eBay, and WhatsApp. More than half of the companies on the current list of U.S. technology startups valued at $1 billion or more were started by immigrants. 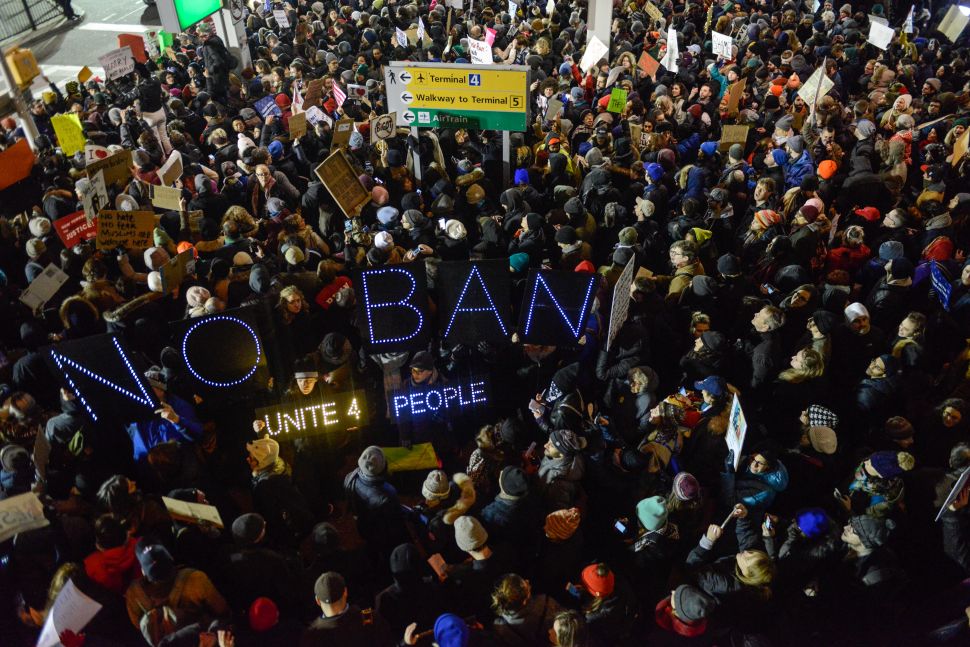