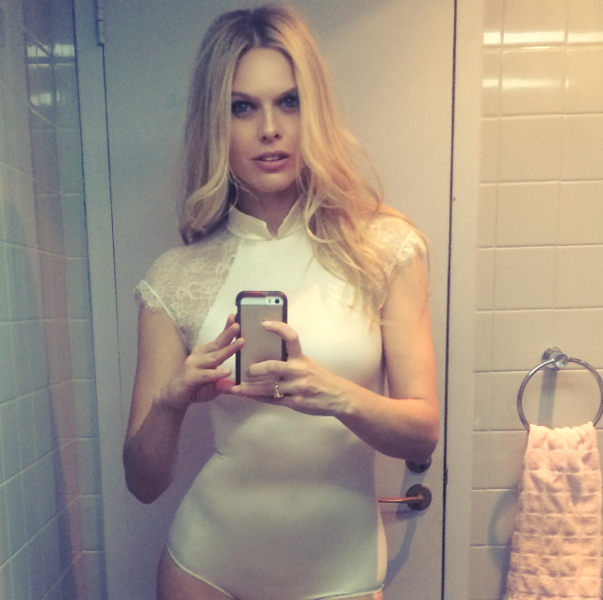 I joined a secret feminist society. I was excited. I pictured myself at rallies, passionate and purposeful, with a red beret and mini-skirt a la Eva Green in Bertolucci’s Dreamers. I thought, “I escaped Hollywood and now I will join the feminists!”

And so I shared my last “The J-spot” column, “Brave New Woman,” with my new group on Facebook.

The organizer, a kick-ass activist whom I so admired, was first to comment.

“I’m happy you are here. Gentle reminder to use gender neutral addresses rather than ‘ladies’.”

I was deflated. Would I ever get past the velvet ropes of feminism?

Lately, on dates I ask men how they will make the world a better place.

“I donate to charities.” One man says.

“I’m trying to teach people to trust themselves,” says another.

“Who are you, Barbra Walters?” asks yet another.

I have been doing my part. I posted a lingerie selfie on Instagram from a photo shoot for OuiHours. My lips were pink and my iron-curled hair bounced as I made fish faces in the bathroom mirror. I posed with an outturned leg and admired a sinewy stretch of thigh. My bodysuit by Nina and the Wolf was a cream silk with a slight opening in the collar and a spread of lace across the shoulders. My nipples pressed against the soft fabric, and my arms bent at the elbow. “Oh” I thought, “I’m like Barbie.”

Then I bopped around with Ken and cruised in his plastic corvette. We made out on the beach and laughed. My bikini was hot pink and I felt pretty like a girl and sexy like a woman. My blonde hair was easy breezy, my fake eye lashes were full and I was invincible. It was all so fun!

Play time ended. There was a down pour on my way home. My hair flattened into clumps and my eye liner- bled down my cheeks. A black homeless woman shivered under an awning clutching a wet cardboard sign with the words “Ashamed.” I thought her description really did her a disservice. I wondered if she changed her word to “Hopeful,” she might have more luck.

Sometimes, I think the cruelest of thoughts.

But the real question is should I post a lingerie selfie where you can see the trace of my nipple? Is that even legal on Instagram? I could blur it out with Facetune? Or does that make me a bad feminist? No, this is a body positive narrative about a once anorexic girl from Soho who now embraces her curves. The Headliner: “From Trauma to Triumph!” She’s feeling hot, she’s feeling sexual—she’s Va Va Voom Girl!…… Or she’s just a fucking attention whore objectifying herself.

I went on a blind date with a man who believed the latter. At the end of the night he told me I was “everything” which was sweet. I found him unattractive but told him I thought our politics didn’t align. He wouldn’t let up and sent me a text with lots of emojis. “Happy Holidays! (Christmas tree emoji) You are such a social media activist (treble clef emoji) What was Karen thinking introducing us? (pensive face emoji) You are tre’ ready to roll if the camera is rolling. (wink face emoji) So funny!! Well at least you look good on tape. (Kiss emoji)”

“Happy Holidays to you too!” I wrote.

One can’t trust words anymore. They are either lies (alternative facts), or triggers. And everyone is so goddamn defensive.

After a month of nursing my hurt feelings, I asked the founder of the secret society, Girl Cult, to coffee. I was tempted to dismiss her comment as overly sensitive, maybe even write a snarky column, ‘Feminism Ghosted Me’ or “Is feminism Actually a Ghost?”, and hide it from her news feed. But I respected her too much.

We met at the Mercer Hotel. Remy Holwick is a Calvin Klein model, who started the movement #FuckRapeCulture which organized a large march last summer to protest Brock Turner’s short sentencing and is currently fundraising to debar judge Aaron Persky (known for his leniency on sexual assault cases).

Over lattes, I confessed my pent up resentment. What had the world come to if I couldn’t use the word “ladies”? Was there some (eye roll) VIP list of appropriate words?

I expected to be lambasted, but instead, she warmly explained that she too once felt similarly. But now she had friends in Girl Cult who didn’t identify as a he or a she, but they.

“So how would I address them?” I asked, still skeptical.

“People? Everyone? Anything that applies equally to everyone in the room.” Then she smiled, “You could call us all starfish!”

“When you learn something new it’s extreme. But then they become your friends. It’s not that they are trying to be difficult, it’s that they have gone through hell fighting for their gender.”

Remy curled up on the couch. The casual way (2 in which) she wore her beauty was disarming, but furthermore, her eloquence was arresting.

“Take the United States Declaration of Independence. It says ‘all men are created equal.’ Now we see the word ‘men’ and we know it was written at a time when women were considered a lesser gender. Words and meanings evolve as we grow.”

“Am I a lesser feminist because I don’t know this?”

“No!” Remy exclaimed, “Do historians know every detail of history?”

Fuck lattes. I needed a drink. I waved down the waiter and ordered an Old Fashioned.

She added, “There are a bunch of white, woke women who want to get political now, which is great, but we’ve got to be meticulous about our feminism, examine our mistakes, and make sure those who are the most vulnerable have the most support. And in turn, we are all lifted and no one gets left out.”

I decided I had a major girl crush on Remy. I had her cornered, right there on the couch, and wondered how much more information I could possibly squeeze from her brain. I offered her some French fries, but she passed.

“What about second waive feminism?” I asked.

“Sex work is a choice. You can’t take that away from people because then you’ll disempower them more.”

“So then what about female objectification? Let’s say I wanted to pose in the nude?”

“It’s your body. You can do whatever you want with it. If you own an apartment, wallpaper the fuck out of it.”

“But what if one woman’s wallpaper makes another woman feel bad about her wallpaper because society has such a narrow, superficial view of desirable wallpaper?”

“Use your platform. What matters is who you are fighting for. There’s a saying, ‘Stick out your tits and tell a man why he is wrong, because he will listen to you.’”

I grinned, “So I could post a lingerie selfie with a trace of nipple in the name of feminism?”

I went to the NYC woman’s march with my mother (fully clothed). We stood in packed crowds for hours surrounded by a sea of people of all ages and ethnicities, many carrying toddlers, shouting chants like, “we want a cabinet not you grabbing it” or “say it loud say it clear, Immigrants are welcome here.” In those moments, I didn’t think much about being a good or bad feminist because we were all there together, as humans, with good will.

Then the bells chimed from Saint Thomas Church and the crowd listened for the melody. We roared—it was the Star-Bangled Banner. As we broke into song, I grabbed my mother’s arm. For the the first time, those words truly meant something to me and I was proud to be an American. But now, as Remy would say, we have work to do. 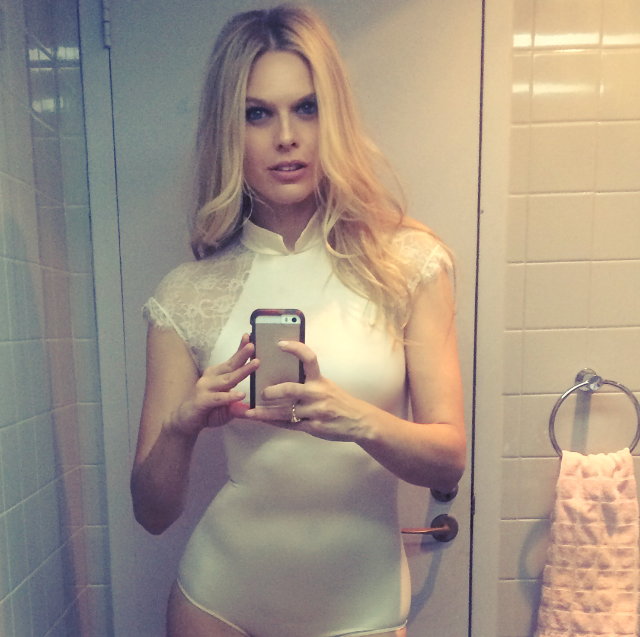