If the United States really is under terrorist danger from seven Muslim-majority nations—as Trump insisted in his cruel and reckless executive order against travelers—the solution is obvious for the belligerent amateur president.

Abandon the current court fight, Dershowitz argued, and put together a better order that immediately limits travel into the U.S. with legal language that passes constitutional muster.

“That’s his best option right now,” Dershowitz said. “But it would require him to admit he was wrong. So now there’s a clash between the ego of the president and the national security of the United States.”

Dershowitz, a law professor emeritus at Harvard, spoke on the Erin Burnett OutFront show on CNN.

Like most programming on the cable news channels Thursday night, it was dominated by discussion of the decision of the 9th U.S. Circuit Court of Appeals which slapped down Trump’s thinly-disguised Muslim ban by a vote of 3-0. Appeals are possible to either the entire 9th Circuit or to the Supreme Court.

“SEE YOU IN COURT,” Trump tweeted in all-caps. “THE SECURITY OF OUR NATION IS AT STAKE.”

Also reacting strongly was host Chris Hayes of All In on MSNBC. He said Trump’s call for a ban on Muslims during the presidential campaign was “a bell the president can’t un-ring” that would haunt this case and ones that follow.

His guests included Jennifer Rubin of The Washington Post who said Trump’s legal strategy “was amateur hour” and that Trump “essentially calls people traitors when they question him.”

Fellow guest Howard Fineman of the Huffington Post said “This court is trying to teach Donald Trump and his people a lesson.” In effect, Fineman said, the appeals court panel told Trump “Let’s get it straight now so that you operate within the rules.”

In recent days, Trump has called a District Court judge a “so-called judge” and claimed the court system would be to blame if there is a terrorist attack in the U.S.

If a terrorist attack comes from any of the seven countries—Somalia, Yemen, Iraq, Iran, Syria, Sudan and Libya—the judges who ruled against Trump “will have blood on their hands,” Hannity said.

Supporting Hannity was Michelle Malkin, a right-wing screecher who can mix metaphors with the best of ‘em.

“Judicial tyranny has run amok!” she said. “This is how the left operates. They’ve been infesting law schools and academia and brewing these activist judges and lawyers in hatcheries for decades. “

Hannity’s low-brow show ended another day of chaos in TrumpWorld that began on Fox & Friends, when Trump counselor Kellyanne Conway turned the White House into a cheesy version of Home Shopping Network by urging viewers to purchase products marketed by Ivanka Trump, the president’s daughter.

At the same time, on MSNBC, the crew of Morning Joe was again toggling from one default position to the other. Regular viewers have come to expect hosts Joe Scarborough and Mike Brzezinski to be either (a) fawning over and optimistic about Trump, or (b) terrified and horrified by Trump.

This was one of those (b) days and they sent the message in the 6 a.m. hour when, it is said, The Great Leader watches them.

Speaking of Trump’s crude comments about judges, Scarborough said Trump “said some things that were chilling for anyone who knows anything about history and the importance of judicial independence.”

Elaborating, Scarborough spoke vaguely about the “history of the 20th Century, when you have executives trying to denigrate the judicial branch and judicial independence.”

Scarborough said these 20th-century leaders—who might he have meant?—try to intimidate and undermine both an independent judiciary and a free press.

“He’s trying to set them up for blame if there is a terror attack,” Scarborough said, referring to Trump’s bullying of the judiciary.

Brzezinski, wearing her best frowny face, spoke of Trump’s refusal in his first three weeks to find fault with the bloody hands of his buddy, Russian President Vladimir Putin.

“At some point,” Brzezinski said, “these repeated remarks about Putin—the repeated attacks on our judicial system—they’re not mistakes anymore. They’re not jokes anymore. Even lying about the murder rate. It’s the act of creating a reality that’s not real.”

The last reference was to a Trump speech to sheriffs on Wednesday in which he expressed his delusion that the murder rate in the U.S. is at a 47-year high when it is, in fact, near a half-century low.

She said Trump has a way of speaking “that could threaten the very foundation of this country.“

She insisted her words were not hyperbole.

“I’m not overstating it,” Brzezinski said, calling Trump’s bellicosity “beyond the pale and into the area of frightening.”

She offered, for Trump, an excuse.

“I hope it’s stupidity at this point,” she said. “I’m banking on that. Because, otherwise, we’re in really big trouble.” 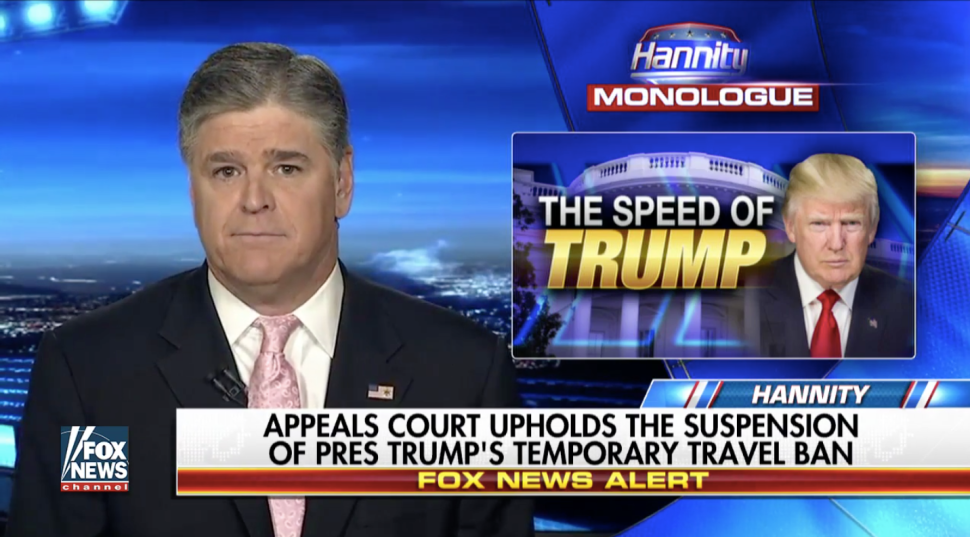