Politically speaking, Democrats are already spilling blood in their fight over Neil Gorsuch’s nomination to the U.S. Supreme Court.

The first punches were thrown last year, on February 13, 2016, when Justice Antonin Scalia passed away and Senate Majority Leader Mitch McConnell refused to consider any nominee from President Barack Obama in his final year. This set the table for some early threats by Democrats in the United States Senate to filibuster President Donald Trump’s pick to be on the Supreme Court before the nominee was even announced.

Things have not gotten any calmer in the new Congress. Over the past few weeks, Democrats have been using sly political tactics in their crusade to delay and defeat Trump’s cabinet nominations.

None of the Democrats’ methods have succeeded at defeating three nominees targeted in Committee for defeat—Sen. Jeff Sessions for Attorney General, Rep. Tom Price for Secretary of Health and Human Services, or Steve Mnuchin for Secretary of the Treasury. These political maneuvers are expected to be pushed harder than ever before to stall and defeat Gorsuch.

In 1991, Clarence Thomas was confirmed by the Senate on a 52-48 vote, with 11 Democrats voting to confirm and 2 Republicans voting not to confirm. Thomas was not filibustered. Fast forward to 2006 when Samuel Alito was nominated to the Court and Democrats waged a filibuster against his nomination. The vote to shut down debate (Cloture) was 72-25 and the final vote was 58-42 to confirm.

With the election of Donald Trump, Democrats in the Senate seem unified, and will likely be calculating and ruthless in their opposition to Gorsuch. While the Left has a lot of political tricks up their sleeves, Republican Senators have a number of strategies to steamroll opposition to Gorsuch.

The first is one promoted by The Heritage Foundation. It involves utilizing a forgotten Senate rule that limits Senators to two speeches when conducting a filibuster. Heritage’s roadmap is titled “A Rules-Based Strategy for Overcoming Minority Obstruction of a Supreme Court Nomination,” and they argue that a filibuster could be beaten down by “strictly enforcing Rule XIX (the two-speech rule) on the Senate floor.”

Expect Democratic Senators like Elizabeth Warren and Corey Booker, both of whom have eyes on a presidential run in 2020, to lead the fight against these Trump nominees. Yet, when they, and other Democratic Senators willing to speak, use up two speeches apiece, the Senate can proceed to a vote on the nomination without needing a 60-vote supermajority to shut down debate.

A second tactic is one in which the Majority Leader continues to file cloture for weeks on end, forcing the Democrats to continue casting “no” votes. This will paint the party as obstructionists and will undoubtedly tire them out until the required 60 votes in the affirmative are finally received.

Likewise, it is also possible for Senate Majority Leader Mitch McConnell never to file cloture, allowing Democrats to do a Mr. Smith Goes to Washington style talking filibuster until there are no Senators in the opposition who desire to speak. Once the Senate chamber goes silent, the Senate can proceed to a vote without needing 60 votes to shut down debate.

Finally, there is something called the “Nuclear Option.” This is when Republicans team up to ignore the written rules of the Senate, and use the majority they have to declare a filibuster unconstitutional for the purposes of shutting down debate.

The fight to confirm Justice Gorsuch will be long and politically bloody, and it will serve as a referendum on how far the forces both for and against President Trump are willing to go to with the first major battle of the Trump Administration.

Brian Darling is a former counsel for Sens. Bob Smith (R-NH), Mel Martinez (R-FL) and Rand Paul (R-KY).  He is the author of a Heritage Foundation policy paper titled “The Filibuster Protects the Rights of All Senators and the American People.” Follow him on Twitter @BrianHDarling. 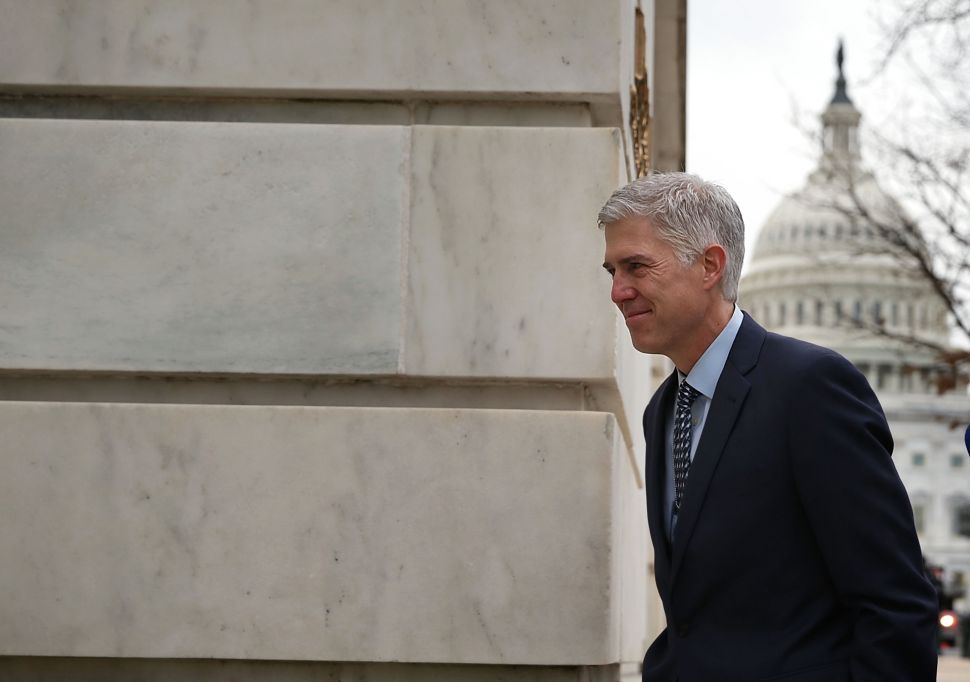