Queens Congresswoman Grace Meng’s bid to win re-election as one of the Democratic National Committee’s five vice chairs picked up a slew of endorsements from New York’s delegation to D.C. today, along with backing from influential state leaders.

“I’m so honored to have this groundswell of support from DNC members and strong Democrats from across the Northeast,” Meng said in a press release. “I embrace the diversity of these supporters and look forward to working with all of them to improve our communities, our Democratic Party, and our country.”

Meng is an ally of Queens Congressman Joseph Crowley, her borough’s Democratic boss. Giske and Cunningham are both close to Gov. Andrew Cuomo, who endorsed Meng earlier this week.

The congresswoman courted media attention last month when she introduced the “No Funds for Unconstitutional Executive Orders Act,” which would block Congress from allocating any funds to enforce President Donald Trump’s executive order barring travel from seven Muslim-majority countries. The bill has little chance of passing the GOP-dominated House, and lawyers are fighting out the future of the White House fiat in court after a federal judge in Seattle issued a temporary restraining order against it last week.

The election for vice chair will take place this month among 450 DNC voting members, who elect the chair, five vice chairs, a treasurer, a secretary and a national finance chair. Because there isn’t a Democratic president in office, the vote will mark the first competitive DNC race in eight years.

Updated to include Schumer among the list of endorsers. 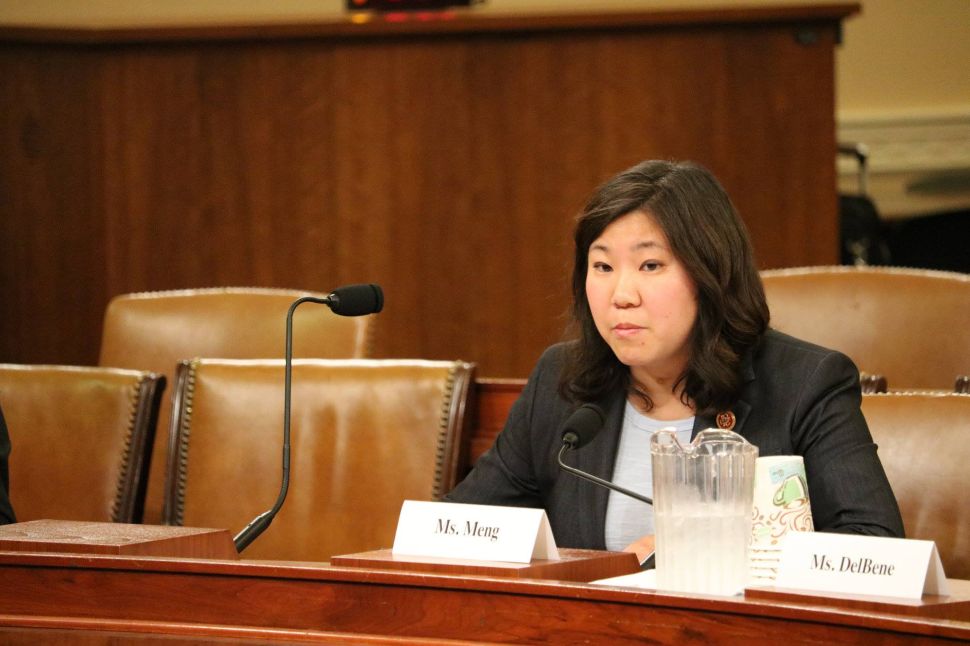