The New York Knicks can take pride in its past when it comes to marking Black History Month. The Knicks were one of the pioneers in breaking professional basketball’s color line. In 1950, when there were only two other African-American players in the National Basketball Association, the Knicks bought Nat “Sweetwater” Clifton’s contract from the Harlem Globetrotters and made him an integral part of their team. Since then, the Knicks have made sure that black superstars of theirs—such as Walt Frazier, Willis Reed and Patrick Ewing—were faces of the franchise.

Of late, though, the Knicks have developed a tin ear when it comes to African-American players on their team and in the league. The Knicks’ owner, James Dolan, recently had Charles Oakley, a fan favorite who played for the Knicks in the 1990s, thrown out of Madison Square Garden for allegedly making critical remarks about him.

However, the most damaging incidents surrounding the team have been caused, surprisingly, by its president, Phil Jackson. Jackson was hired in 2014 to turn around the team, which was playing badly and burdened with a high payroll. Hiring him made sense. Jackson shared in two NBA championships while playing with the Knicks in the 1970s and won 11 championships as coach of the Chicago Bulls and Los Angeles Lakers.

Jackson, widely regarded as a basketball guru and the thinking-man’s coach, often gave his players books. His Knicks’ roots made his return a homecoming. However, since taking control of the team, he has not been able to halt their dysfunction, and, instead of meeting with the media, Jackson has taken to tweeting.

Jackson’s first highly publicized racial dust-up was in an interview with ESPN when he described the agents and friends of Cleveland Cavaliers’ star LeBron James as James’s “posse.” James, who earns millions of dollars a year, has made point of surrounding himself with a black supporting cast, and to have them described as his posse—a term associated with black teens and gangbangers—infuriated him.

Jackson stopped short of calling James a “boy,” but he came as close to doing so as possible in the world of the NBA. James, who campaigned for Hillary Clinton during the 2016 election and has supported Black Lives Matter, refused to ignore Jackson’s remarks. “There is always someone that lets you know still how far we have to go as African-Americans,” he replied in an interview that made national headlines.

Jackson’s most recent misstep was in a tweet about the Knicks’ only All-Star-caliber player, Carmelo Anthony. Anthony is the only reliable shooter on the team, and his focus on offense has come at the expense of his defense. Jackson would like to trade Anthony, who has a no-trade clause in his contract. In criticizing Anthony’s defense, Jackson compared him to a player that he coached in the Continental Basketball Association, observing, “I learned you don’t change the spot on a leopard.”

Once again, Jackson hit upon a description that is racially demeaning. The leopard’s-spots analogy comes from the Old Testament book of Jeremiah, and no matter how it’s translated, the passage makes blackness an undesirable trait that’s resistant to change. In the English Standard Version of the Bible, the passage reads, “Can the Ethiopian change his skin or the leopard his spots?” In The New English Bible, the words are, “Can the Nubian change his skin or the leopards its spots?”

Over the years, those citing the leopard’s-spots analogy have never doubted its racial message. Some have even relished it. The most extreme use of the passage comes from Thomas Dixon Jr., the Southern author whose book, The Clansman, became the basis for D. W. Griffith’s notorious, pro-Ku Klux Klan film of 1915, “Birth of a Nation.” The first book in Dixon’s racist trilogy of the Reconstruction era is pointedly titled, The Leopard’s Spots: A Romance of the White Man’s Burden, 1865-1900.

Is Jackson aware of the history behind this racially charged language? It’s safe to say that no black executive in the NBA would have made these mistakes, and in a league that is 74 percent African-American, such tone deafness presents more than a public relations problem. The last thing that the Knicks can afford to become is a franchise that African-American players avoid.

Nicolaus Mills chairs the Literature Department at Sarah Lawrence College. He is author of Like a Holy Crusade: Mississippi 1964—The Turning of the Civil Rights Movement in America. 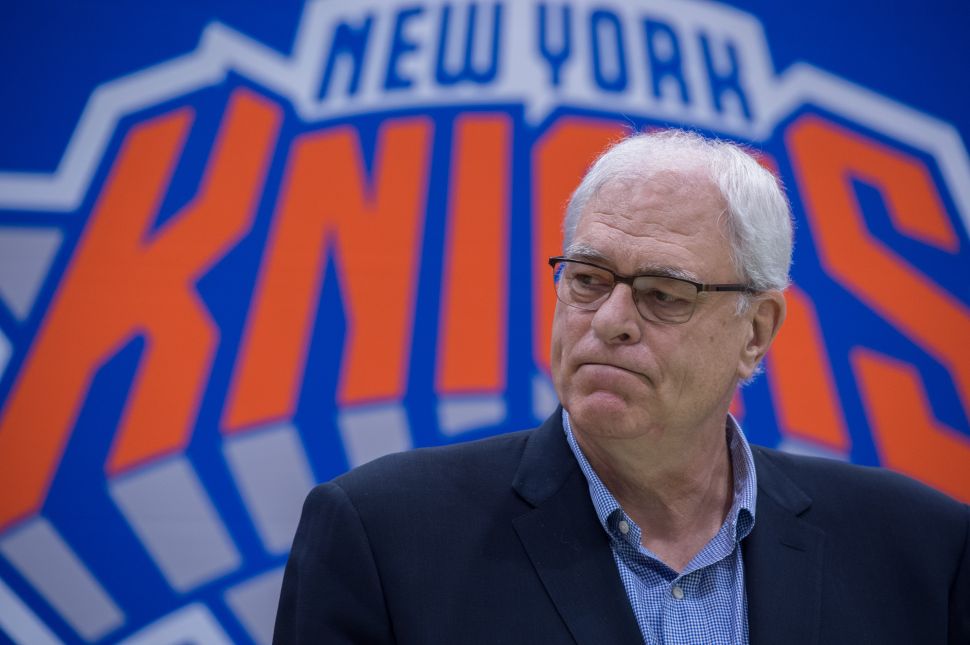