One of the most popular recent rumors in fringe scientific circles is that the world is going to end this year when a mysterious planet called Nibiru collides with Earth—some estimates point to October, while others say a preliminary event could happen as early as next week. But are any of these predictions based in fact?

Not really—there’s no proof that Nibiru even exists, and while many people have predicted Nibiru collisions in the past not one of them has actually happened.

Hysteria about Nibiru goes all the way back to 1976, when author Zecharia Sitchin theorized in his book The 12th Planet that ancient astronauts from the undiscovered planet came down to Earth to mine gold in Africa, and that they used humans as slaves.

This pseudoscience got more popular with the advent of the internet—today there are almost two million websites devoted to Nibiru’s role in the apocalypse. The most famous conspiracy theorist is Nancy Lieder, who claims she has the ability to receive alien messages through an implant in her brain. She initially gained notice at the turn of the century when she claimed on her website ZetaTalk that Earth would collide with Nibiru in May 2003, wiping out humanity.

That obviously didn’t happen, so doomsday prophets then pinned their hopes on Elenin, a small comet with no magnetic field which passed by Earth with little fanfare in 2011. In the lead-up to its approach, however, some people theorized that Elenin was actually Nibiru and that NASA was withholding information about it.

Again this proved false, so Nibiru truthers then latched onto the popular myth that the end of the world would be on December 21, 2012, as foretold by the Mayans. On that day, Nibiru would crash into Earth and the planet’s magnetic field would be thrown into disarray. Once again, this didn’t occur.

But no matter how many times the date has changed and predictions have proven wrong, the Nibiru myth has persisted.

The latest version centers on 2016 WF9, a half mile-long asteroid which will pass by Earth between February 16 and February 25. The closest it will come is within 32 million miles of Earth (that’s 133 times the distance between the Earth and the moon) so NASA has already said it poses no danger to the planet.

But once again the Nibiru faithful are coming out of the woodwork. In a story first reported on the doomsday blog Someone’s Bones and later picked up the Daily Mail, astronomer Dyomin Damir Zakharovich claims that “NASA is lying through its teeth,” and that the asteroid is a fragment of Nibiru which will crash into Earth on February 16 and trigger a mega-tsunami killing millions. There’s a related rumor that Nibiru will hit Earth with all of its force in October, obliterating the entire planet.

Other truthers are cashing in on the new Nibiru craze—David Meade, a former “high level government employee,” recently published a book called Planet X: The 2017 Arrival, which allegedly contains “absolutely amazing revelations” and is a “Survival Guide to the most important story of the century.”

But don’t get into the fallout shelter just yet—one of the many problems with this theory (aside from Nibiru being completely fictional) is that a planet eight months away from crashing into Earth would have already reached our solar system, and according to NASA would be visible to the naked eye.

Beyond that, there is no evidence that Zakharovich even exists. There is no trace online of a person with that name teaching at a university or publishing academic work—he’s only mentioned in connection with doomsday stories.

So are we all about to die? Only time will tell, but NASA seems more trustworthy on this one. 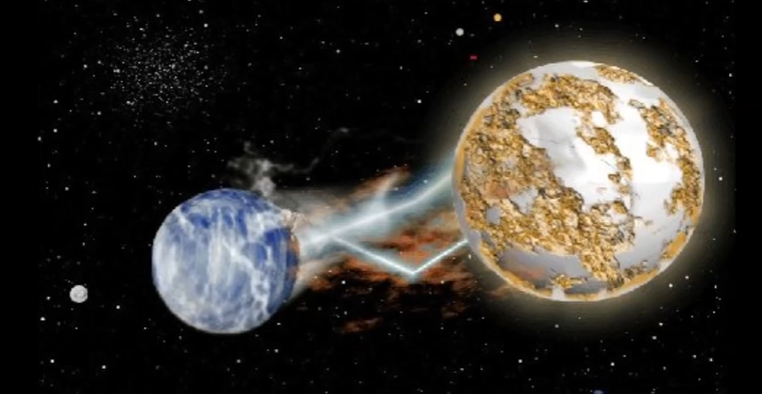