The state Senate was in session yesterday, and while members tackled a bunch of measures that will impact New Jersey residents, it was a symbolic vote condemning President Donald Trump’s executive order on immigration that sparked conversations.
Gov. Chris Christie was also busy, vetoing a bill that would have punished casino owner Carl Icahn after he closed the Taj Mahal following a labor dispute, putting the kibosh on a measure that would have required county and state prosecutors to publish information about how they use civil courts to seize private property and halting efforts aimed at once again making it easier to obtain a valid birth certificate from Jersey City or Hudson County.

Quote of the Day: “This is a New Jersey matter. Silence is not an option.” –  State Sen. Teresa Ruiz, one of the sponsors of state Senate resolution denouncing the Trump administration’s recent executive orders on immigration.

Christie vetoes bill meant to punish Icahn for closing Taj Mahal
Calling it “the Legislature at its worst,” Gov. Christie vetoed a bill Monday that would have stripped billionaire Carl Icahn of his casino license for five years after closing his Trump Taj Mahal in Atlantic City.
Amy S. Rosenberg, Inquirer Read more

Christie-backed insurance mandate advances despite concerns
The state Senate on Monday approved a bill that would mandate insurance coverage for up to six months of substance abuse treatment despite concerns raised by members of both parties that the legislation excludes the majority of New Jersey residents and will drive up premiums for those it’s designed to benefit.
Nicholas Pugliese, Daily Record Read more

Delay in PA Reform Keeps Chairman in Place
While the Port Authority is moving forward with plans to approve $32 billion in capital spending later this month, several key reforms proposed in the wake of Bridgegate are still stalled in the New Jersey Senate with little hope for a breakthrough.
John Reitmeyer, NJSpotlight Read more

Tougher N.J. law targets kids’ lead paint threat
More landlords and other homeowners likely will be forced to remove lead paint from their properties under a law signed by Governor Christie on Monday designed to limit children’s exposure to the toxic metal.
Scott Fallon, The Record Read more

Why Springsteen should write a Trump protest song
Bruce Springsteen has been outspoken in his opposition to President Donald Trump. He even went so far as to take the stage in Australia saying he’s embarrassed to be American.
Steve Trevelise, NJ101.5 Read more

Ex-Assemblyman sentenced to 8 years in $5.3M ponzi scheme
Described as a heartless “fraudster” and “con man” who ran a “ponzi scheme” from 2009 to 2012 that preyed on his family and friends, former Assemblyman Robert Schroeder was sentenced to eight years in state prison Monday in Somerset County Superior Court.
Dave Hutchinson, NJ.com Read more

NJ: TV manufacturer tracked viewers
Smart TV manufacturer Vizio will pay $2.5 million to settle charges that it collected data on what viewers were watching on more than 11 million of its TV sets and sold the data to marketers without consumers’ consent.
David P. Willis, Asbury Park Press Read more

N.J. bill would roll back strict pedestrian safety rules for drivers
A group of lawmakers wants to curb pedestrian deaths in New Jersey by rolling back an older pedestrian safety law and restricting where those on foot can cross the street.
S.P. Sullivan, NJ.com Read more

N.J. panel says Fulop can keep his calendar private
Mayor Steve Fulop can continue to shield his meetings calendar from public view, thanks to a decision by the state Government Records Council.
Terrence T. McDonald, The Jersey Journal Read more

In Camden, ‘Michael Doyle Lane’ honors a champion of the city
As the block of Jasper Street alongside Camden’s Sacred Heart Church was named for him Monday, Msgr. Michael Doyle graciously whispered greetings and shook hands with well-wishers.
Kevin Riordan, Inquirer Read more

Acme supermarkets reducing full-time jobs
The Acme supermarket chain saved hundreds of grocery jobs in North Jersey when it bought 10 stores from the bankrupt A&P in September 2015. Now, Acme is looking to shed some of those jobs to tighten up staffing levels at some stores.
Joan Verdon, The Record Read more

Judge has the power to order another JCP&L hearing
A second public hearing, where opponents and supporters of a 230-kilovolt transmission line project in Monmouth County can speak their piece, seems likely to occur, according to comments from the Office of Administrative Law this morning.
Russ Zimmer, Asbury Park Press Read more

Bay Head homeowners tell judge they don’t want dunes
They don’t need it, they don’t want it and there is no reason for the federal or state government to pay for it.
Jean Mikle, Asbury Park Press Read more

What’s next with Howell’s affordable housing project?
Howell officials haven’t yet decided how to proceed with the controversial Howell Family Apartments housing project since a judge invalidated ordinances allowing its construction, but there are plans for a series of public meetings on the matter.
Kala Kachmar, Asbury Park Press Read more

Printer glitch causes Hazlet sewer bill issues
– Officials believe a printer problem is the cause of a glitch in the new sewer billing system that resulted in a group of residents being charged late fees.
Susanne Cervenka, Asbury Park Press Read more 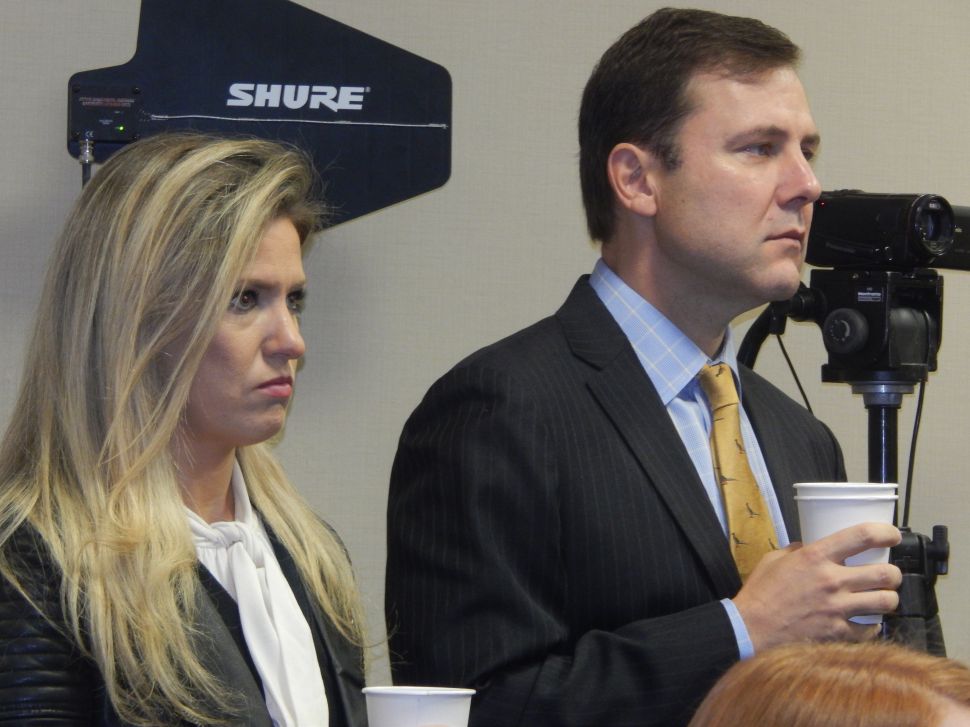