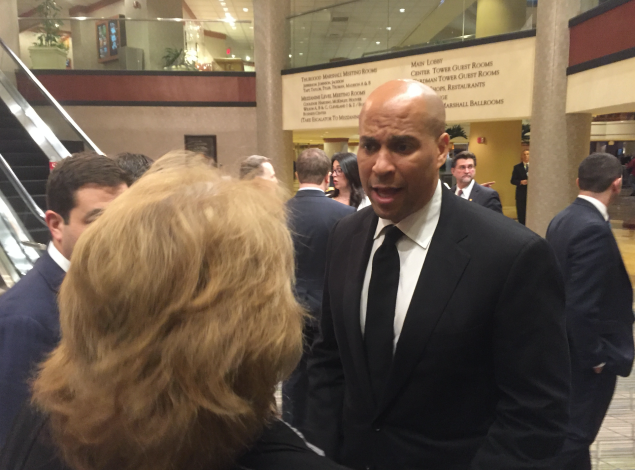 U.S. Senator Cory Booker weighed in on the resignation of one of President Donald Trump’s key advisors at the reception for the N.J. Chamber of Commerce’s annual “Walk to Washington.” JT Aregood for Observer

WASHINGTON — Meeting and greeting at the Wardman Park Marriott before Thursday night’s congressional dinner, New Jersey’s U.S. Senator Cory Booker weighed in on the top story to come out of the capital this week. General Michael Flynn’s abrupt resignation from his post as National Security Advisor, he said, should be viewed as part of a larger pattern of coordination with Russia on the part of President Donald Trump’s senior campaign staff.

“I think it raises a whole bunch of questions that have to be answered,” Booker said. “I’m a little frustrated that this was known for many, many days before he actually resigned. If it wasn’t for the press breaking the story he might still be there. But we have a fact pattern now that’s very disturbing and very troubling.”

The New York Times and CNN reported this week that multiple officials with the campaign had repeated contact with Russian officials, but Governor Chris Christie came to Trump’s defense after news broke of Flynn’s resignation.

Christie said Flynn’s discussion of sanctions—imposed by former president Barack Obama after intelligence agencies concluded that Russia did indeed assist in last summer’s hacking of the DNC—were inappropriate, but an isolated incident.

Booker, who has brushed aside predictions that he will run for president in 2020, said any potential investigation will be a test for the Republican-controlled House and Senate. Paul Manafort, Trump’s campaign manager, faces an FBI probe into the business ties to Russia that sank his tenure as Trump’s right hand during the campaign. The FBI will not be pursuing an investigation into Flynn.

“I’m focused now on the responsibility that congress has, according to the constitution, to provide oversight. And we’ve got a lot of work to do on that,” he said. 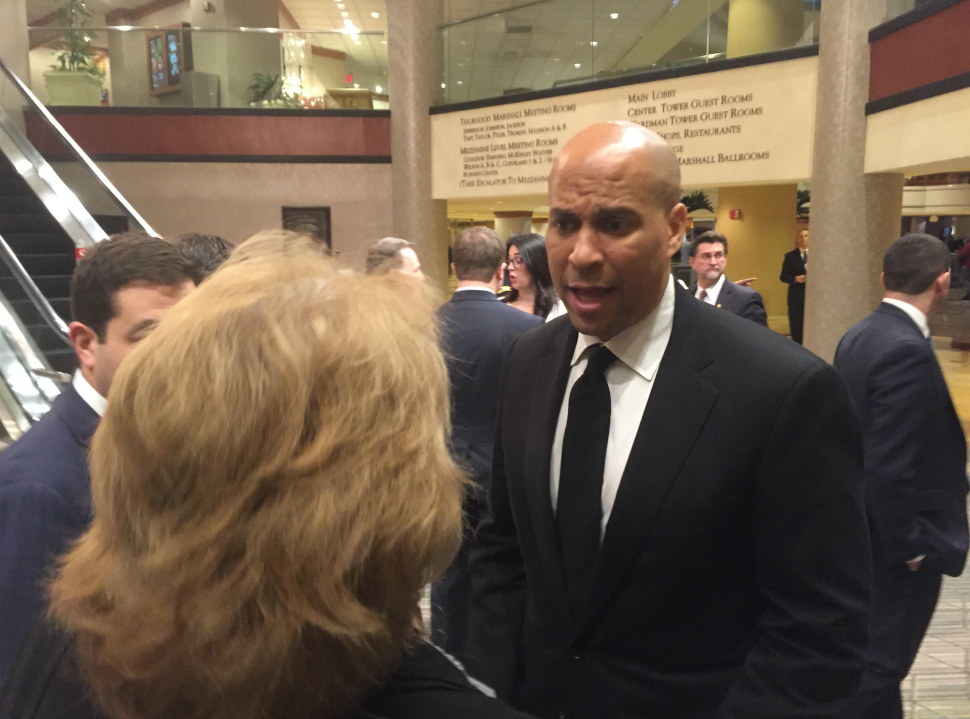