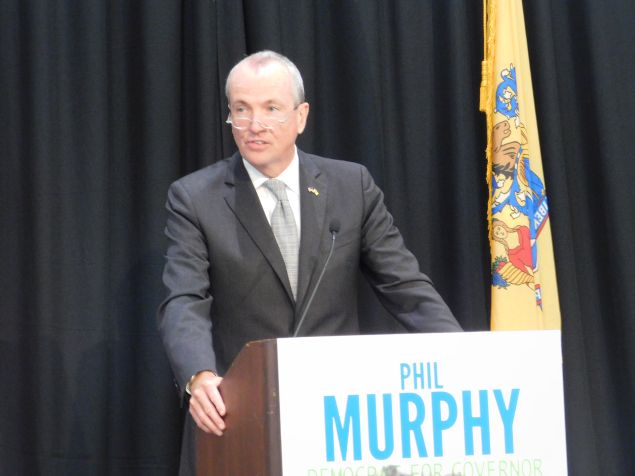 Phil Murphy is calling on the Christie-appointed state attorney general to weigh in against the ban. Alyana Alfaro for Observer

The Democratic frontrunner in New Jersey’s gubernatorial race is calling on the state’s attorney general to speak out against President Donald Trump’s ban on immigration from seven majority-Muslim countries. One-time U.S. ambassador and former Goldman Sachs executive Phil Murphy wrote to Attorney General Christopher Porrino Tuesday, asking that he perform “the solemn responsibility of protecting the rights and privileges of all residents of our state.”

Speaking by email, Porrino declined to comment having previously said “[t]he legality and constitutionality of the recent federal executive action will be evaluated and determined in the federal courts.”

“This Executive Order, callous and discriminatory in its nature and haphazard in its implementation, unfairly and unconstitutionally targets many residents of our state. Your office has chosen to remain silent, even as the Executive Order disrupts thousands of lives across New Jersey,” Murphy wrote.

Trump’s executive order putting the ban in place has been challenged by sixteen attorneys general across the country, including Washington state and Minnesota—those objections led federal judge James Robart to issue an order a halt to deportations under the ban. The Trump administration is appealing the ruling.

Republican governor Chris Christie, who appointed Porrino, has tempered his support for Trump’s pledge to tighten the country’s already-stringent screening process for refugees from countries affected by Syria’s ongoing civil war by saying Trump deserves credit for reversing on allowing green card holders from those countries back into the U.S.

“I would make it even more tailored if I were advising the president,” Christie told CBS’s “Face the Nation.”

“Now this means that he has to go out and the administration needs to go out and make sure they make his point clear,” Christie continued.“This isn’t about assigning blame. This is about making sure it’s done the right way,”