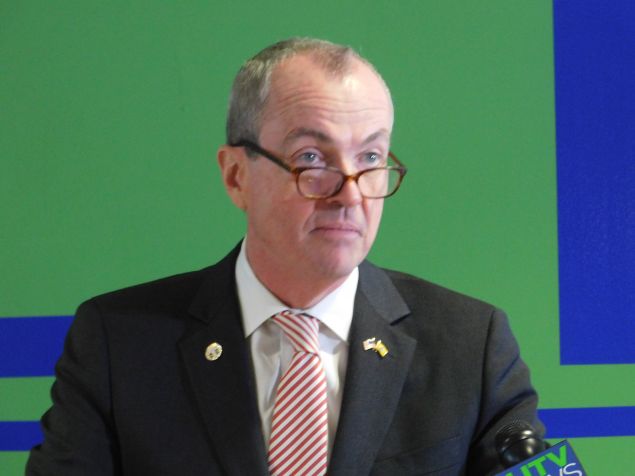 The first ugly confrontation of New Jersey’s Democratic primary for governor erupted this week, with the campaigns of frontrunner Phil Murphy and progressive holdout John Wisniewski trading accusations of being soft on guns and profiting from the sale of firearms.

After a campaign mailer accused Wisniewski of abstaining from a vote on a gun control measure, the longtime state assemblyman’s campaign took aim at Murphy’s tenure at Goldman Sachs by pointing to the one-time executive’s holdings in arms manufacturing.

The mailer from Murphy’s camp. Wisniewski for Governor

“Siding with the gun lobby, Wisniewski refused to vote on Democratic legislation that created tougher penalties for illegally having a machine gun or assault weapon,” the mailer read.

Robert Becker, Wisniewski’s campaign manager, called that claim a fabrication. He called for Murphy to divest from his holdings in the gun industry.

“These false attacks from Murphy have zero credibility and stink of desperation. He’s been running for governor for two years spending over $10 million of his Goldman Sachs fortune, yet finds himself in the FDU poll trailing ‘I don’t know’ (50%) and tied with ‘Someone else’ (17%),” Becker wrote in a statement.

“Also, to be clear: Phil Murphy profits off the manufacture of guns to this day — Through his vast Goldman Sachs holdings, which include Remington Arms (maker of the AR-15 assault rifle), Smith & Wesson and Ruger, to name a few.”