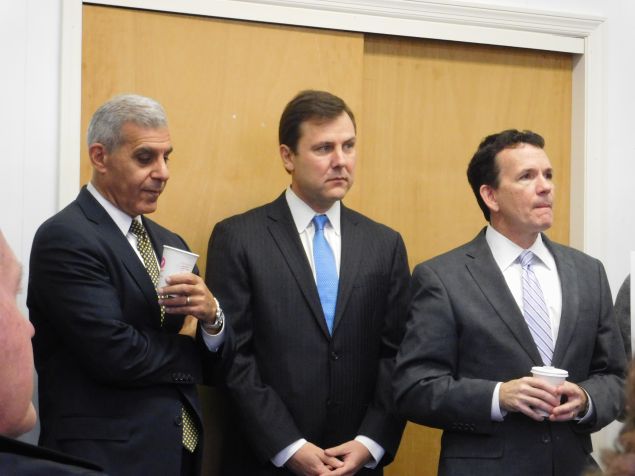 State Senator Joe Kyrillos (pictured left) announced earlier this year that he would be retiring from the state senate. Because the district is a Republican stronghold, the primary will be one to watch in June. Both of the district’s assemblypeople, Declan O’Scanlon (pictured right) and Amy Handlin, have expressed intentions to run to fill Kyrillos’ spot. (Photo: Alyana Alfaro for Observer)

One of New Jersey’s contested Republican primaries may be less competitive than it seemed at the outset. In the race between Assembly members Declan O’Scanlon and Amy Handlin for the nomination to succeed retiring State Senator Joseph Kyrillos of the state’s 13th legislative district, O’Scanlon has a more than strong advantage in fundraising.

Records from the Election Law Enforcement Commission show O’Scanlon with more than $121,000 in total contributions to Handlin’s roughly $4,000.

O’Scanlon has also raised just short of $50,000 for local and county GOP organizations, a feat that he called evidence of an ability to form a broad Republican coalition in the Central Jersey district. He intends to raise $1 million by the time of the general election in November.

“The job of a State Senator is so much more than going to Trenton and voting on bills,” O’Scanlon said. “The job includes being a leader in the community and the Party.  That means having the resources to support your own campaign, the campaigns of other great candidates and most importantly, civic and charitable organizations in the district.

“I am deeply grateful to my friends and supporters who have enabled me to support great candidates and organizations during my eight year career in the Assembly.  I am humbled that they have stepped up so strongly to support my candidacy for Senate.”

Sparring between the two lawmakers has centered around Handlin’s proposal to undo last year’s gas tax hike, a step that O’Scanlon has called politically unfeasible. Though she is at a disadvantage for spending, she touted her plurality of the vote during 2013’s election, a similar gubernatorial year.

“In 2013—the last gubernatorial election—I finished 1,218 votes ahead of my running mate,” she wrote in a letter to the Monmouth County Republican committee late last year, adding  that “it’s important that I’ve been on a winning ticket in Marlboro nine times, and been the top Republican vote-getter for my office (freeholder and assembly) every time.” 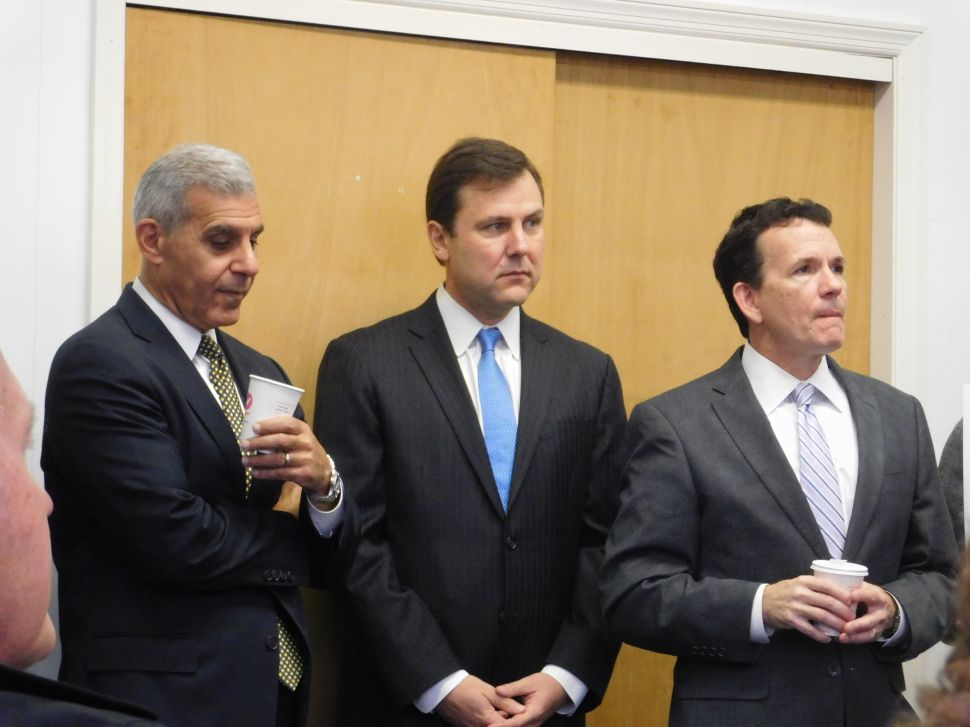