Call it faux science facilitating fake news—or just call it dangerous. Either way it amounts to a shocking revelation: Scientists with the National Oceanic and Atmospheric Administration (NOAA) falsified data to dupe world leaders into signing the Paris Agreement on climate change.

Warmists have long had a problem: the last 20 years of stable or even declining temperatures, a phenomenon making a mockery of their computer models and doomsday predictions. Their answer was the “Pausebuster” paper, esoterically titled “Possible artifacts of data biases in the recent global surface warming hiatus” and strategically released via the influential journal Science—just six months before the Paris conference.

But the answer was artifice, reveals whistleblower Dr. John Bates, a man who’d futilely resisted the NOAA’s book-cooking and until last year was one the agency’s two “principal” climate-issue scientists.

The paper made a sensational claim, reported the Daily Mail this past weekend, “that contrary to what scientists have been saying for years, there was no ‘pause’ or ‘slowdown’ in global warming in the early 21st Century. Indeed, this ‘Pausebuster’ paper…claimed the rate of warming was even higher than before, making ‘urgent action’ imperative.”

But the NOAA’s urgent action, says Dr. Bates, was to manipulate what’s known as the “version 4” dataset. The agency “took reliable readings from buoys but then ‘adjusted’ them upwards—using readings from seawater intakes on ships that act as weather stations,” writes the Mail. “They did this even though readings from the ships have long been known to be too hot.”

Shockingly, ignoring Dr. Bates’ protestations, the agency delayed “publication of the version 4 sea dataset several months after it was ready—to intensify the impact of the Pausebuster paper,” the Mail further reveals.

The NOAA revelations are shades of the 2009 “Climategate” scandal, in which hacked emails from the University of East Anglia’s Climatic Research Unit indicated that its scientists were suppressing information contrary to their global-warming agenda. A similar batch of 5,000 emails released in 2011 showed likewise and, furthermore, reported Forbes, illustrated that the “scientists view global warming as a political ‘cause’ rather than a balanced scientific inquiry” and that “many of these scientists frankly admit to each other that much of the science is weak and dependent on deliberate manipulation of facts and data.”

Unfortunately, scientific fraud is far more prevalent than commonly believed—and not just in climate science. For example, the BMJ (formerly the British Medical Journal) reported in January 2012 that “[o]ne in seven U.K. based scientists or doctors has witnessed colleagues intentionally altering or fabricating data during their research or for the purposes of publication, found a survey of more than 2,700 researchers conducted by the BMJ.” The BMJ reported later that year, “Fraud, not error, is why two thirds of biomedical papers are withdrawn” (emphasis added).

Greenpeace cofounder Dr. Patrick Moore wrote in 2015 that there ‘is no scientific proof’ of the global-warming hypothesis and alarmist predictions are ‘preposterous.’

This situation may only get worse, too, if the actions of the National Science Foundation (NSF) are any guide. While numerous instances of plagiarism and data manipulation and fabrication were found “in proposals, NSF-funded research, and agency publications in 2015 and 2016,” reported the Washington Free Beacon Sunday, NSF officials ignored its own ethics watchdog and refused to sanction some of the transgressing academics and scientists.

This raises a troubling question: How can we make correct decisions on policy if we’re fed misinformation? As with a computer, it’s garbage in, garbage out.

This helps explain why climate skepticism—nay, realism—is so prevalent, and not just among conservatives. For example, Greenpeace cofounder Dr. Patrick Moore wrote in 2015 that there “is no scientific proof” of the global-warming hypothesis and that alarmist predictions are “preposterous.”

One reason to hope this is true is that some experts say there’s nothing we could do about climate change, anyway. Just consider how the head of the Copenhagen Consensus Center stated last month that lowering the temperature 3/10ths of one degree by the century’s end—meaning, delaying “global warming” less than four years—would cost $100 trillion.

No, that’s not a typo—but it is five times our national debt.

Speaking of incredible figures, it’s often said that 97 percent of scientists agree with the anthropogenic climate-change thesis. Yet it turns out this is about as accurate as NOAA data; whatever the figure is, it’s far less than 97. In fact, the Boston Globe reported just yesterday that “[m]any meteorologists question climate change science.”

Of course, the climate is certainly changing; it always has. The Earth has seen at least five major ice ages, and perhaps was completely blanketed with snow and ice during the Cryogenian period; at another time, snow and ice were virtually absent from the planet. We also experience 100,000-year glacial periods followed by (warmer) 12,000-year interglacials, with 1500-year cycles of heating and cooling embedded within.

Oh, we’re currently in an interglacial that has lasted, well, approximately 12,000 years—meaning, we’re due for a deep freeze.

So Newsweek might have been correct when, after decades of decreasing temperatures, it ran a 1975 story titled “The Cooling World.” This is the more fearsome prospect, too. Studies show that cold weather is a far greater killer than heat and that most of humanity would benefit from rising temperatures. In fact, Professor S. Fred Singer, a founding director of the Science & Environmental Policy Project, warned in 2015 of an impending ice age and advised we “try to figure out how to prevent such cooling episodes, if possible.”

This makes sense because warmth breeds life. Why do you think the tropics boast more than 10 times as many species as the Arctic?

But what of CO2, that global-warming bugaboo? First, it’s not “carbon” any more than H2O is hydrogen, nor is it a pollutant. It’s plant food. Thus was the dinosaurs’ Mesozoic Era—with CO2 levels 5 to 10 times today’s—characterized by lush foliage. It’s why botanists pump the gas into greenhouses and why as its levels increase, so do crop yields. A plant in a low-CO2 environment is like a human trying to breathe at Mount Everest’s summit.

Speaking of which, “astrobiologist Jack O’Malley-James warned in 2013 that life on Earth will experience a CO2-related demise—resulting from too little of the gas,” as I wrote at The Hill last month. “The idea is that an ever-hotter sun will cause greater evaporation, over time reducing carbon dioxide levels to a point where plants will be unable to survive. Luckily, this doesn’t occur until 1,000,000,000 A.D., approximately and supposedly.”

So, warmer, colder, higher CO2, lower, stormier—which way to go? Maybe we should all just sing “We Didn’t Start the Fire.” Or we could console ourselves with the knowledge that there’s one kind of disaster we likely never have to fret over.

The one everybody else is fretting over.

The consensus of “elite” doomsayers didn’t predict the fall of Rome, Black Plague, WWII or anything else of note. Do you think now, suddenly, they’ve found their crystal ball? Disaster is to be expected, but it’s always the unexpected.

Meanwhile, the seas rise and fall, loves are found and lost, babies are born and life will continue—until it doesn’t. 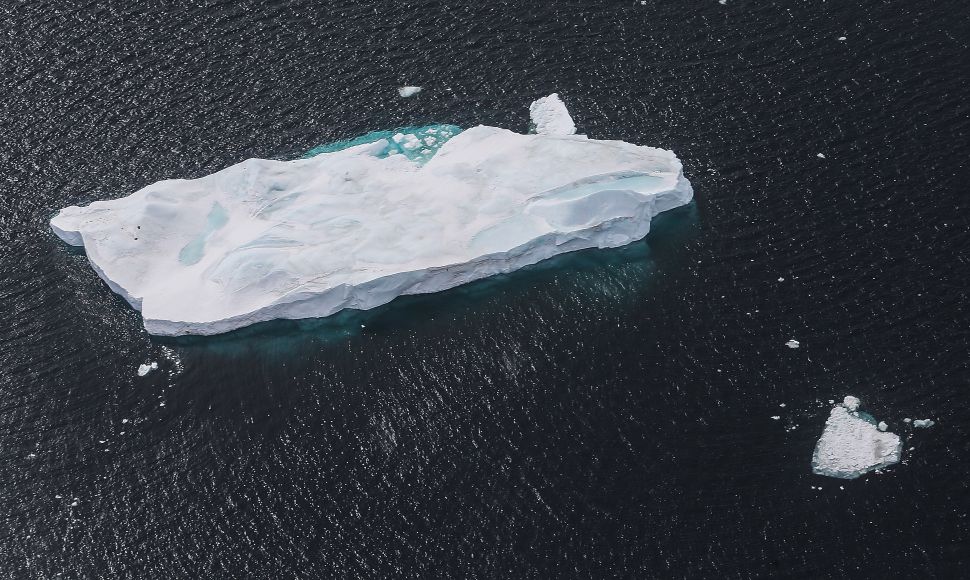