Michael “Fat Mike” Burkett has never been one to shy away from controversy. As frontman of NOFX, the L.A. punk band he formed in 1983, he’s practically made a career out of it.

Whether talking or singing about politics (he set up 2004’s Rock Against Bush project), his sex life (he’s into S&M and is married to adult star Soma Snakeoil) or drugs (more on this later), Burkett has always been proudly outspoken, something very evident to anyone who read NOFX: The Hepatitis Bathtub And Other Stories, the band’s autobiography, released in 2016.

Beyond the depravity and beneath the humor of his songs, there’s usually a serious reality, and “Oxy Moronic” reveals one more serious than most.

Taken from the band’s 13th album, First Ditch Effort, it’s a satirical yet vicious attack on Big Pharma, largely inspired by Burkett’s addiction to the painkiller Oxycontin and—more shockingly—Suboxone, the pills that were supposed to help him get over that very dependence. As Burkett told us, while he’s always been brazen and open about his use of illegal drugs, this was, for him, a much more treacherous and dangerous road to travel down.

Can you explain your history with drugs and painkillers?

I didn’t try drugs until I was in my 30s. I had knee surgery, and that was the first time I ever took Vicodin. When they made them snortable, I started doing Percocets with cocaine, because if you do too much cocaine, you don’t feel good. The painkiller evens it out. For about 15 years, I’d party on tour and then come home and get sober, because I have kids and business and all kinds of shit to attend to.

Painkillers also really fuck up your voice, so I couldn’t even do them on tour. About a year ago, I started getting really busy and even though I wasn’t doing that many painkillers, I was doing those Oxys and I couldn’t stop. I was doing two a day, which isn’t that much—about 60mg—but I still couldn’t stop, because I’d just get sick. And it’s funny, because getting sick isn’t that bad, but when you have the power to not be sick, you use it.

So it was more a means of not being sick than actually being addicted to the pills themselves?

Yeah. I wasn’t even feeling them anymore because I didn’t keep going up in dosage. I just kept the same. When I’d come back from tour, I’d stop drinking and doing cocaine, but I still had to keep doing the pills. I wanted to get off them safely, so I went to a pain specialist in San Francisco.

I’d heard about Suboxone, which is a drug to get off Oxys—ironically made by the same company, but not surprising at all. What was surprising is that on the streets you can get Suboxone—everyone says you taper down Suboxone for a week and that’s how you get off heroin or painkillers. But this doctor told me it was a three-month program and that I had to sign up for the whole thing. So I went in and he started me on a dose that was too high—I was getting all fucked up.

And he said, “Well, you taper down.” And then he said, “A lot of my patients end up going back to opiates.”

I said, “Oh—you didn’t mention that part three months ago!”

And then he said, “A lot of my patients stay on Suboxone forever.” His eyes were darting, which was a poker tell—I knew that he was giving me bullshit and it was then I realized he’d been conning me. He didn’t want me off. He wanted a patient for life.

How did you get off them in the end?

I stopped going in. Over the next three months I had to go on my book tour and then record an album and I couldn’t quit because I’d get sick—apparently quitting Suboxone is even harder than quitting painkillers. So I set a date for detox for after recording my album and I just stayed on painkillers and recorded an entire album on painkillers, coke and vodka, which is actually the first album I’ve ever done on any drugs.

Then I checked myself into detox, and the doctor said, “I’m going to give you Suboxone for one week and then you’ll be done.” Even though I was on the same dosage, the detox doctor said he’d get me off in a week, while the pain specialist was going to have me on it for three months. It’s unbelievable. But the difference is the detox doctor gets paid to get people off drugs and the pain doctor gets paid to have patients.

There have been reports of doctors, especially here in America, getting incentives from drug companies to keep patients on drugs. Do you think that’s the case here?

I thought about that and I couldn’t put it together. I know some doctors who are friends of mine, and there’s no way for drug companies to pay doctors because they’d get busted for it. How doctors make money is by keeping patients.

Normally, you see your doctor once or twice a year, but these doctors have patients every week. So their salaries are going from $200,000 to $500,000 or $600,000 a year. That’s why the drug companies give out so many free samples—“Give these to your patients, they’ll get hooked on them and you’ll start making a lot more money.”

Which benefits the doctors and drug companies, but not the patients.

Yeah, it’s terrible for the patients. The song I wrote wasn’t originally about that, but during the whole process I realized I was being victimized by the doctor. I’ve always had a pro-drugs stance, and I still do—none of my friends die from drinking and doing cocaine, they all die from pharmaceuticals.

In your experience of legal and illegal drugs, then, which are more dangerous?

It’s definitely the legal ones, because you feel a safety net. You feel like it’s O.K. because a doctor prescribed it for you. But all the friends of mine who have died from drugs—it’s all been from pills they got from doctors.

People say I’m being hypocritical because I was such a big drugs supporter for so long. But I haven’t changed my viewpoint at all. I still think booze and drugs are good for society. Everyone needs a little vacation—if you’re having a bad day, have a few fucking drinks, have a couple of puffs, whatever. It’s the medical industry and doctors that I’m taking a stand against.

So how can the system be changed, so that people are put before profits?

I think the easiest way is doing what we’re both doing—and that’s telling people it’s a scam. These doctors are not there to help you.

If you go to Europe and you hurt yourself, they’ll give you morphine in the hospital, but that’s it. Then you’re done. You don’t get to take it outside of the hospital.

It is. But here’s the thing: The other day I was riding my bike back to my house and I saw this old man. He was on the sidewalk pretty much weeping and it looked like he was having the worst day. So I stopped and talked to him and gave him a $100 and he looked at me like, “Shit—no one’s ever been this nice to me.” He thanked me, and I felt better for the rest of the day. I felt really good.

And what I realized is that when you do something good for people, your body releases its own serotonin. And what’s happened in this country is that capitalists and corporations figured out a way to give people that same release, like, “You don’t have to help anybody, just take this pill and you’ll feel good.”

But the human body is designed for us to help each other and it’s so weird how this country has been totally duped and our bodies are not producing the things they should produce because we’re lonely people that are not part of society.

What do you hope people will take from your experience?

I’m just telling my story, but if there is one thing, it really is this: don’t trust doctors.

I’ve learned more about drugs and what not to mix and how to use them at gay leather stores and from friends, because doctors don’t know shit.

They won’t tell you don’t take ecstasy and Viagra at the same time because they don’t fucking know. But people in the sex industry know!

See doctors when you have a medical problem, but do not listen to them when it comes to what drugs you should be on. They may be good people, but they’re still profiting off your addiction. 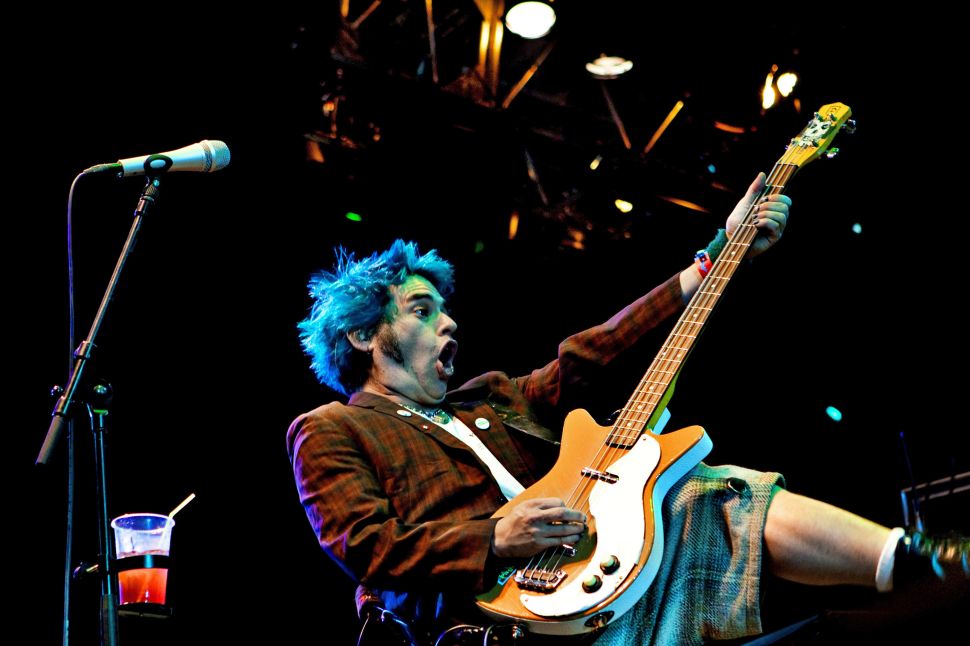